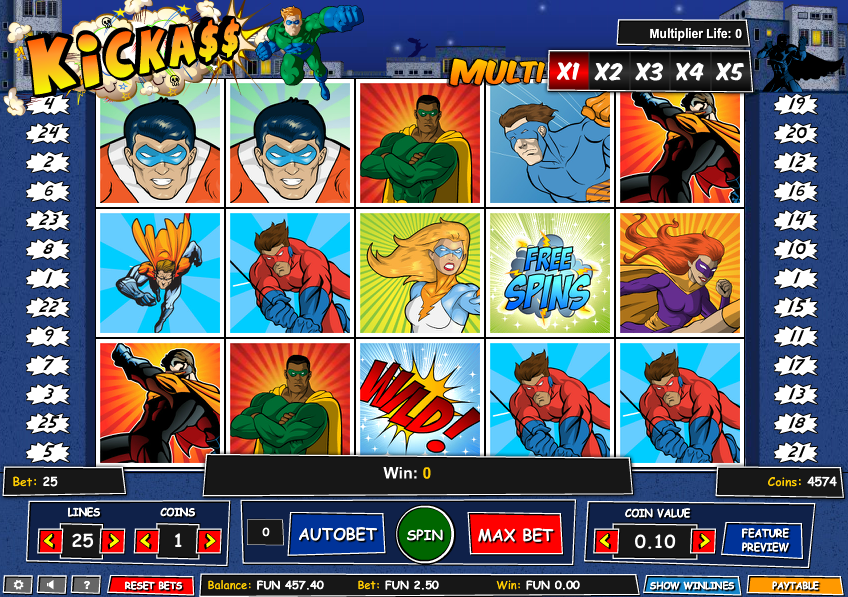 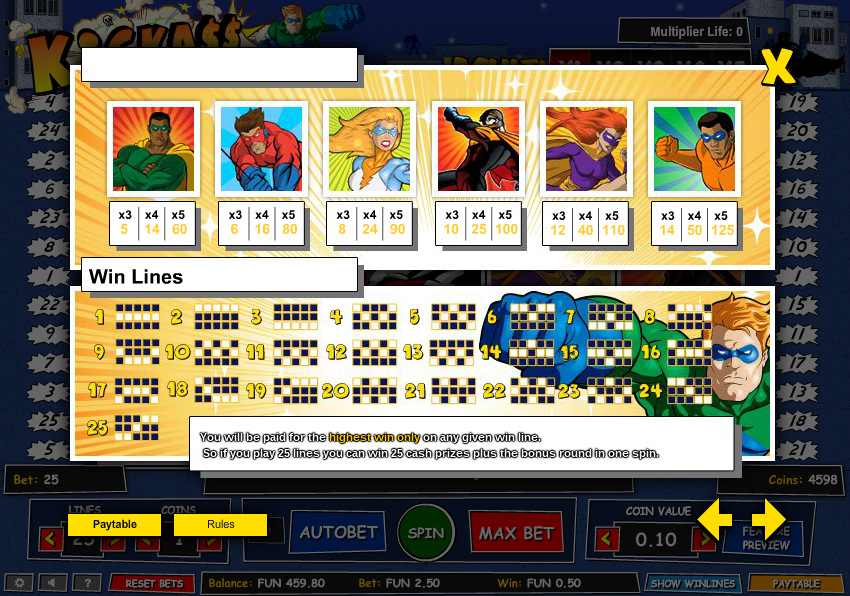 Comic book superheroes are the theme of this online slot from 1×2 Gaming; it’s called Kick Ass but it’s not to be confused with the 2010 Matthew Vaughn film of the same name, although they both contain a fair bit of stylised violence. Read the following review to find out more about this high quality game and it’s multiple bonus features.

Kick Ass is a five reel slot with three rows and up to twenty five paylines; the retro comic book design of the game is really well though out and encompasses everything on screen including the option buttons below the reels.

There are ten high value symbols and they are the various superheroes which fight crime in this unnamed city – check them all out in the paytable.

The wild symbol is the explosive icon shown to the right; the scatter symbol is a blue cloud shot through with lightning and this activates the main feature.

Above the reels you will see the little multiplier scale running from 1x – 5x; when you land a win this kicks into action and each subsequent win will have a multiplier increased by 1x up to a maximum of 5x. This feature lasts for five spins after it starts, then it resets to zero.

This feature is triggered by landing three or more of the blue cloud scatter symbols anywhere in view. You will receive the following:

The Multiplier Man feature is also active during this round.

A new scatter symbol (a black spiky orb) is added to the reel set during the free spins; land three or more and a short but enjoyable comic book sequence will commence which ends in the awarding of a random bonus amount based on your stake.

Kick Ass is great fun – it looks and sounds really good and the comic book theme is achieved perfectly. The various bonus features are easily triggered and there’s always something going on. There’s an RTP of 96.90%.