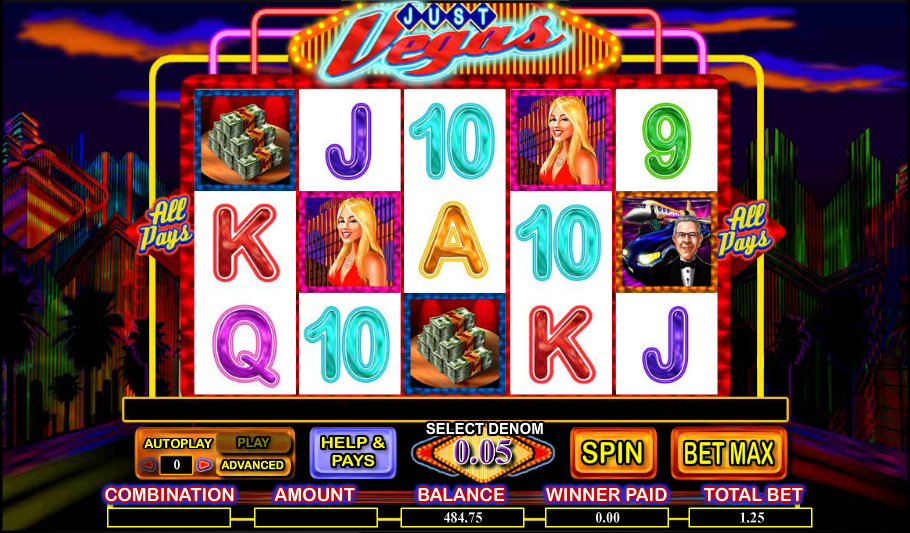 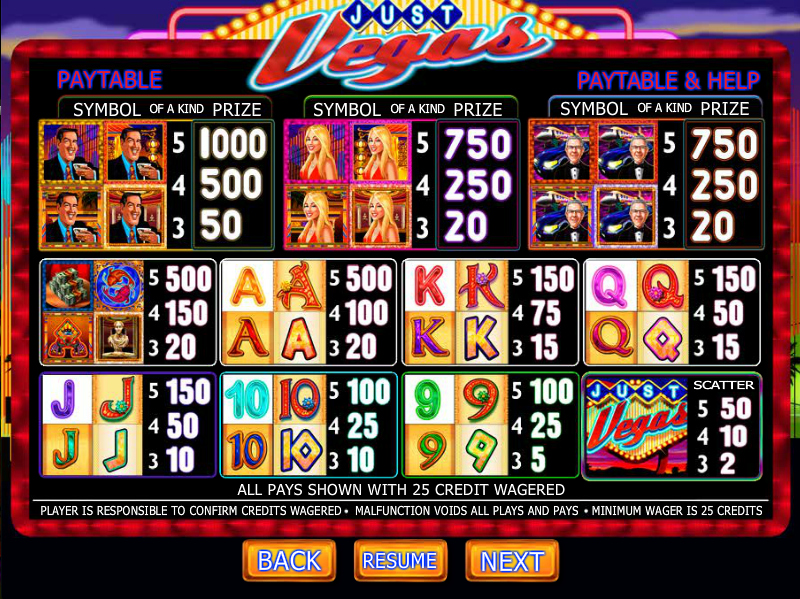 There are a number of online slots themed on the desert city of Las Vegas and they always feel like a sort of spiritual homecoming for the game. This one’s called Just Vegas, it’s developed by NextGen Gaming (now part of Amaya Gaming) and it’s a noisy, glitzy look at the gambling capital of the world featuring an interesting free spins feature.

Just Vegas is a five reel slot with three rows and an ‘All Pays’ structure meaning that winning combos can be formed as long as there are matching symbols in adjacent reels starting from the left hand side. The backdrop is a hazy neon cityscape underneath a dusk sky.

The high value symbols are related to theme and include three glossy characters, a stack of money, Koi carp and the Venus di Milo; lower values are 9, 10, J, Q, K and A in various designs.

The gold Vegas disc is wild and substitutes for all others except the scatter which is the Just Vegas logo and appears only on reels two, three and four.

This is triggered by landing three of the the Just Vegas scatter symbols anywhere on reels two, three and four and you will be offered a choice between three free spins options:

More spins can be re-triggered by landing three more scatters and it’s worth noting that in the Egyptian Casino the wild also acts as a scatter symbol so there’s a higher chance of a re-trigger here.

Just Vegas is probably not the best Vegas-themed slot around (try Mr. Vegas or Weekend In Vegas) but it’s playable enough with an interesting free spins feature. There’s an RTP of 96.40%.