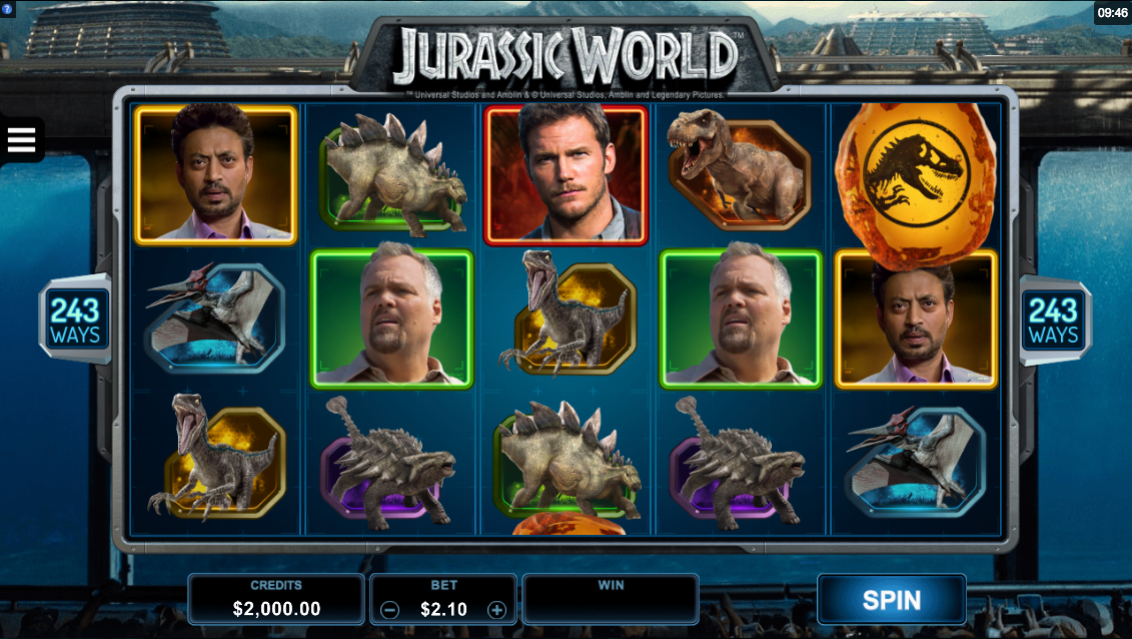 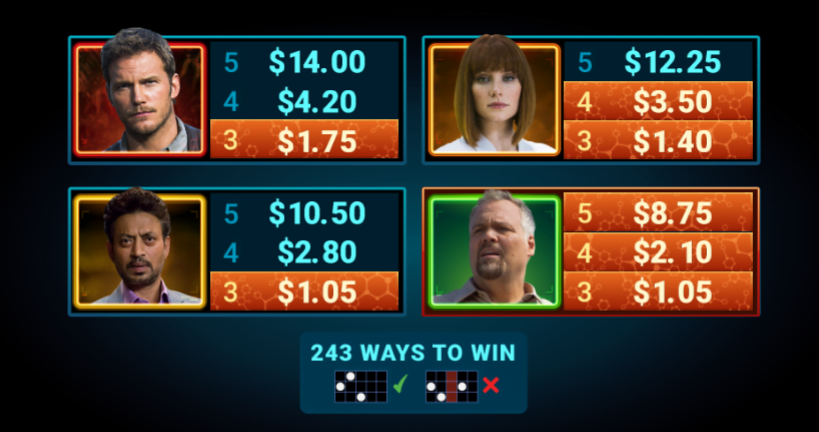 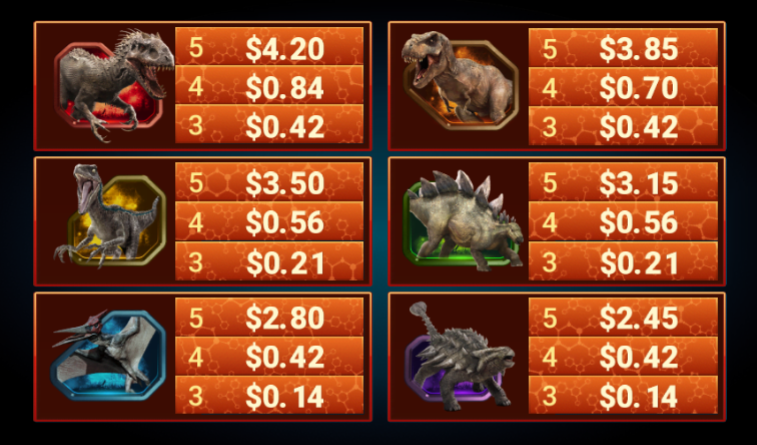 Michael Crichton’s dinosaurs are back to scare us all and they’re the focus of this online slot machine from Microgaming based on the 2015 film of the same name – Jurassic World. The film is a continuation of the Jurassic Park story and this game is a very high quality tribute to that series.

Jurassic World is a five reel slot with three rows and 243 ways to win; it includes music and clips from the film and the metallic, futuristic reel design is complemented by an overground view of the park structures.

The higher value symbols are four characters from the film – Owen, Clare, Simon and Nick; the lower values are a collection of dinosaurs including a Velociraptor, a Tyrannosaurus Rex, a Stegosaurus and a Pterodactyl.

The wild symbol is the famous Jurassic Park logo, it can appear stacked on the reels (up to ten high) and it will substitute for all others to form winning combos except for the mosquito in amber scatter.

Two scatter symbols landing on the same spin will turn both wild to help out with some extra wins.

This is triggered by landing three or more of the amber scatter symbols anywhere in view and one of three different free spins features will be selected at random (after the 15th trigger you can pick yourself):

This giant creature periodically appears in the base game to multiply your win up to a maximum of 1000x.

There’s lots to like about Jurassic World – it’s an intricate and detailed game with plenty of atmosphere and lots on action on the reels; play for long enough and you’ll get to choose the free spins option. It comes with an RTP of 95.45%.