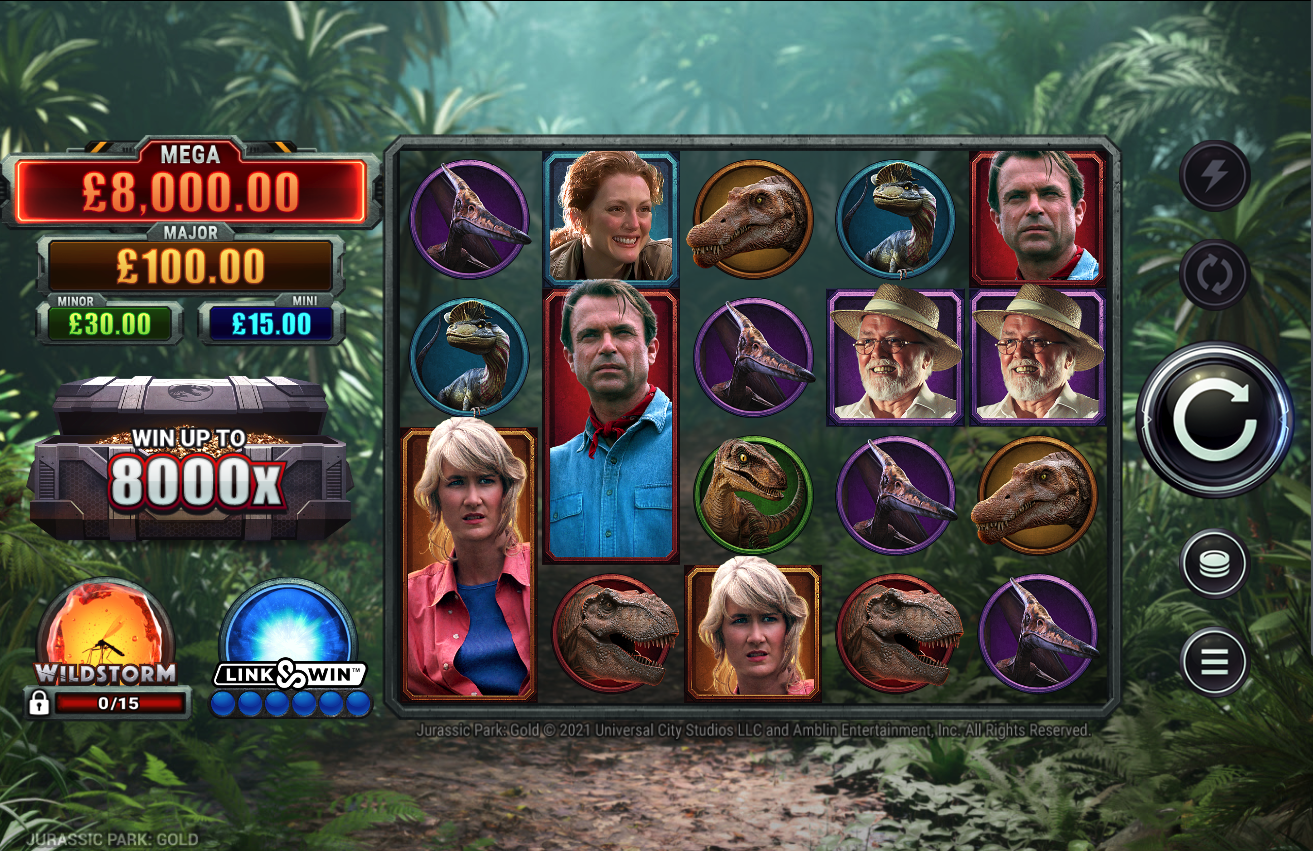 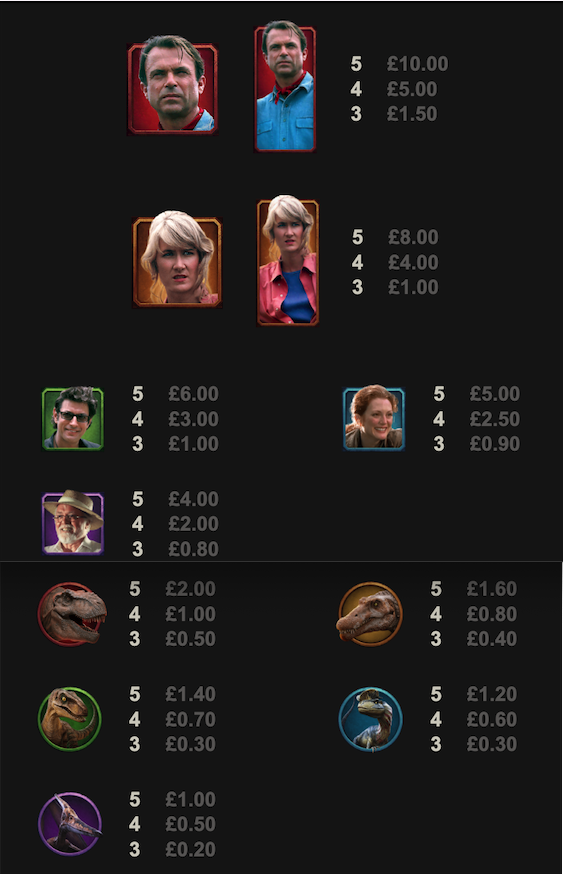 We may be wrong but by our count this is Microgaming’s third outing into the Jurassic Park franchise and this one takes us back to the cast of the original movie which was released way back in 1993; it’s called Jurassic Park: Gold and it offers players the chance of an 8000x jackpot prize plus the Link&Win feature, four free spins modes and the Windstorm bonus.

Jurassic Park: Gold is set on Isla Nubar where the dinosaurs have been created in test tubes and released; there are five reels and forty paylines spinning against the steamy jungle backdrop.

The high value symbols are the mani characters from the movie – Dr. Alan Grant, Dr. Ellie Battle, Dr. Ian Malcolm and Dr. John Hammond; various ferocious and not-so-ferocious dinosaurs make up the lower values. The Jurassic ark logo is wild (adding a 2x or 5x win multiplier) and the special symbols are the mosquito in amber and the Powerballs.

Landing at least three of the amber scatter symbols anywhere in view will kick this feature off and although there are three free spin modes from which to select they are unlocked as you progress in the game:

More spins can be triggered during the feature in the same way.

Landing wild symbols on an ‘active’ reel during this round will expand that wild and lock it there for the rest of the spins. This means that 6 Spinosaurus spins are likely to be more lucrative than 9 Velociraptor or 12 Dilophosaurus spins.

Every time exactly two scatter symbols land on the reels they’ll help to fill up the Windstorm meter and when this is full the Tyrannosaurus Rex free spin becomes available on the next free spins trigger; you’ll receive one free spins in which the Wildstorm can turn up to five reels wild.

This feature is activated by landing at least six of the Powerballs anywhere in view – this is a standard respin bonus in which those balls are locked in place and you’ll get three respins. Any more Powerballs will lock also and reset the spins to three again.

A welcome addition here is that landing 15, 20, 25 or 30 balls will increase the number of rows to 5, 6, 7 and 8 respectively. Each ball has a cash value or the Mini, Minor or Major jackpots attached and these are all awarded when the round is over. Filling all positions will award the Mega jackpot of 8000x the stake.