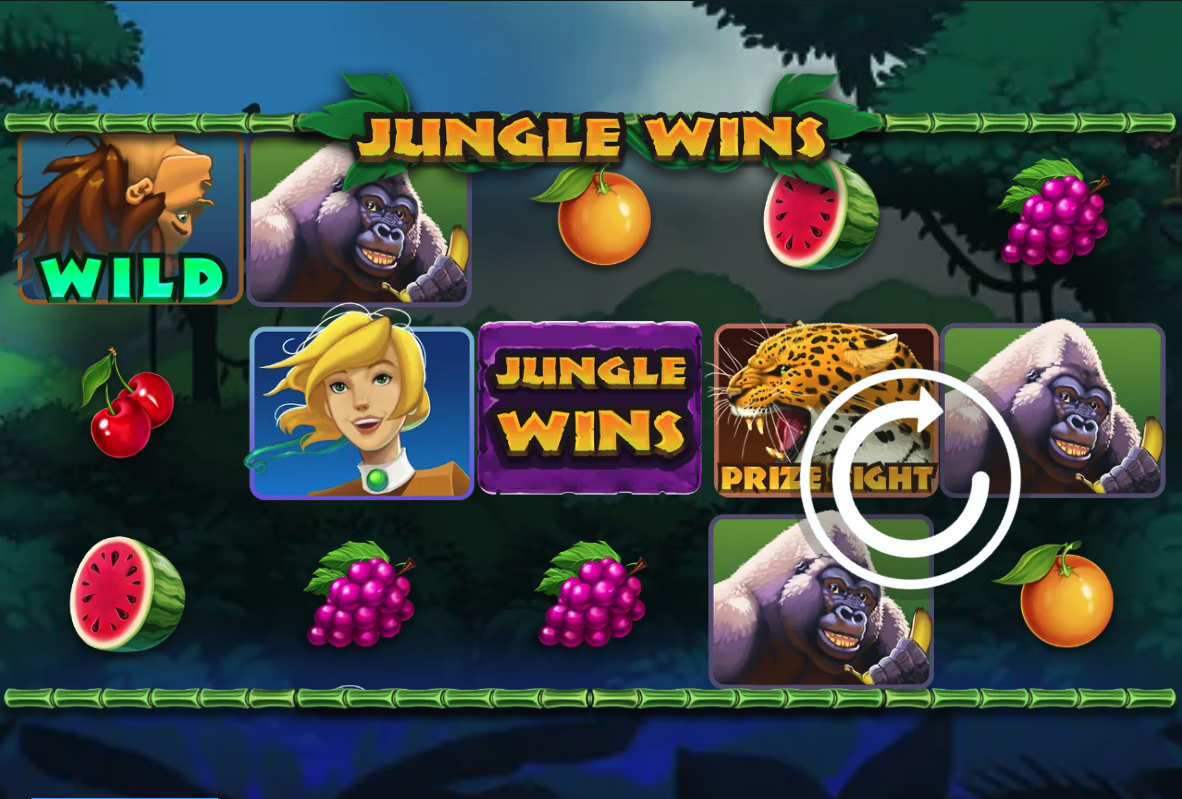 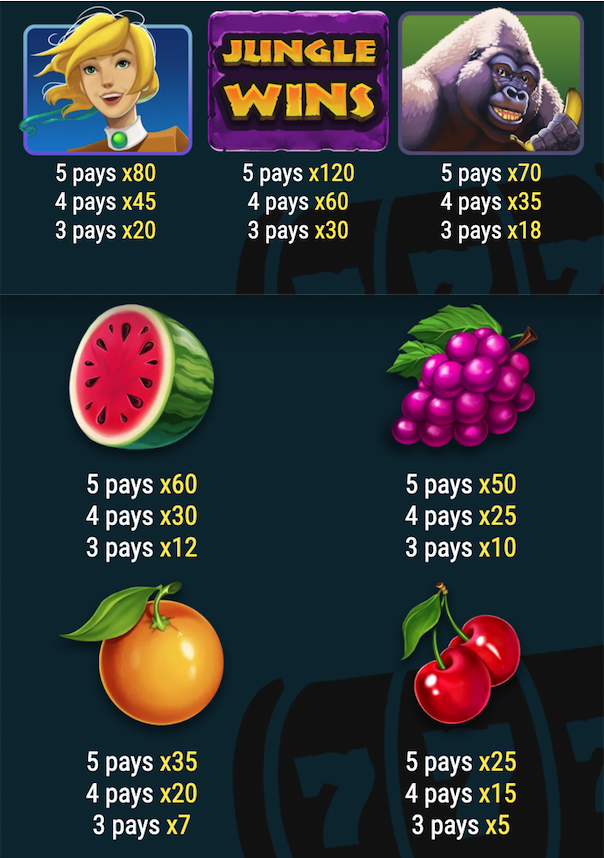 There’s a touch of the Tarzans about this online slot from Intouch Games/Slot Factory which places us in a jungle setting among wild animals and various humans; it’s called Jungle Wins and from £0.15 per spin it tempts players with free spins, expanding wild symbols and the Prize Fight trail feature.

The backdrop to those five reels and fifteen paylines is some dense African jungle and the symbols start their rotations floating between horizontal lengths of bamboo.

The three highest value symbols are the Jungle Wins logo, the girl and the banana-clutching gorilla; watermelons, bunches of grapes, oranges and cherries represent the lower values. The young, inverted Tarzan character is wild and the special symbols are the Free Spins and the tiger.

Landing three, four or five of the Free Spins symbols anywhere in view will award 5, 7 or 9 free spins respectively; those spins are enhanced by the expanding wild symbol which will cover its entire reel whenever it appears.

This game is triggered by landing three, four or five of the tiger bonus symbols anywhere in view and you’ll now get to spin a wheel which will award moves along a trail – forwards, backwards or no moves. When the spins are over you’ll receive the multiplier value on the spot you’ve reached – if you can reach the end of the trail there’s a top prize of between 1506x and 1526x the stake.