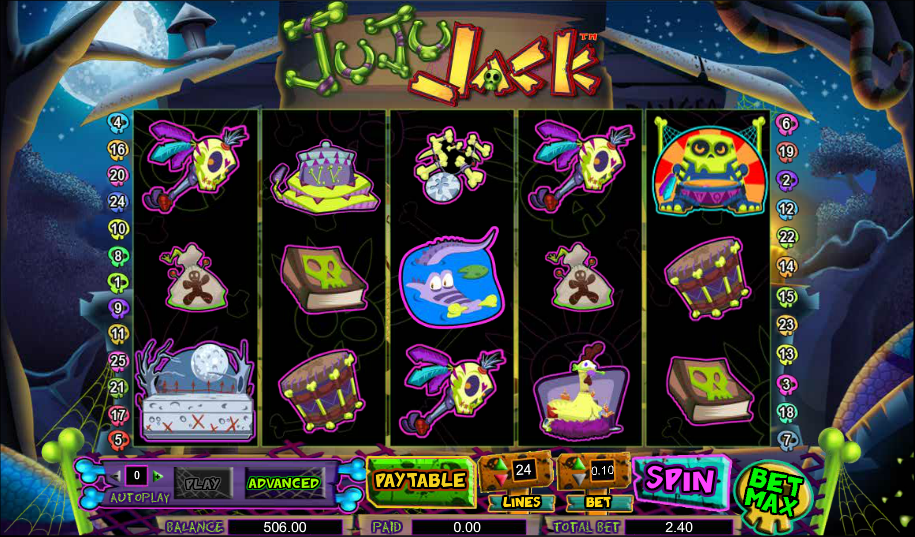 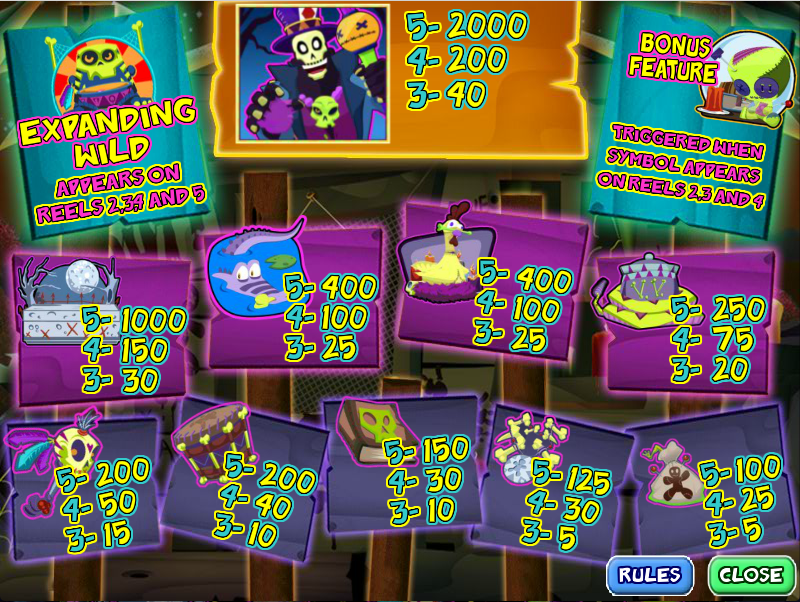 JuJu refers to West African witchcraft and although it has mostly died out, it still exists in various areas where superstition outranks medical and scientific knowledge. JuJu Jack is the name of this online slot and it’s also the main character in this game developed by NextGen Gaming (now part of Amaya Gaming).

JuJu Jack is a five reel slot with three rows and up to twenty five paylines; there’s a lighthearted spooky vibe to the game which is enhanced by the moonlit backdrop and the entirely appropriate sound effects.

All the symbol are related to the theme and include a gravestone, an alligator, a chicken, a snake/pot, Jack’s skull wand, a drum, a spell book, an amulet and a small bag. Jack is the most valuable icon and worth 2000x your line stake for five on an active payline.

The green skull thing is the wild symbol, appearing on reels two, three, four and five – it can also expand randomly to fill an entire reel to help out with those winning combos. The patchwork doll is the scatter symbol which appears only on reels two, three and four.

During the base game or the free spins, Jack can pop up after any spin and respin up to three reels to provide you with a guaranteed win.

This is triggered by landing three of the patchwork doll scatter symbols anywhere on reels two, three and four. As you can see from the video above the first thing you need to do is torture the doll with various implements to reveal cash prizes or free spins. When your five instruments of torture have been picked the free spins round will start.

Landing three more dolls during the free spins will earn seven extra spins at a time up to a total of ninety eight.

The subject may be serious but Juju Jack is good fun – it’s colourful, it sounds good and it seems quite easy to trigger the various features. There’s an RTP of 94.50%.