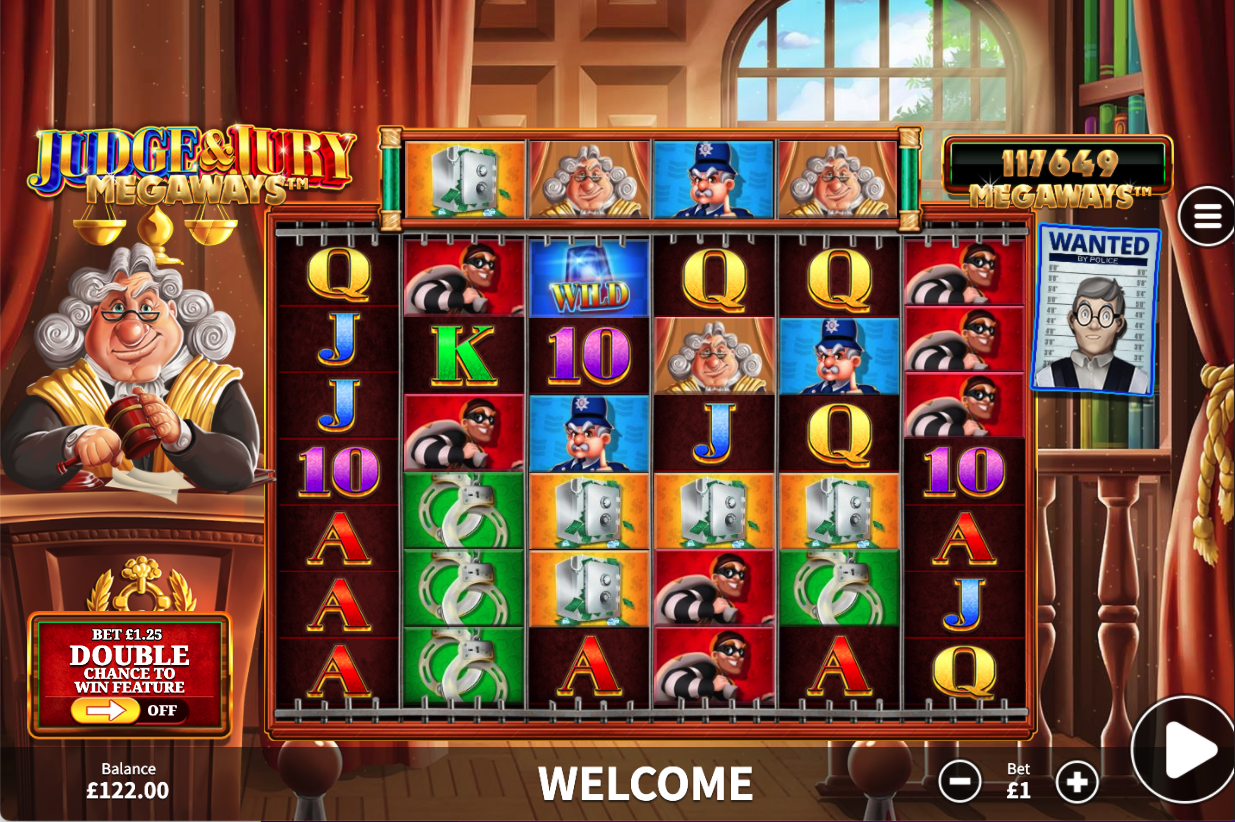 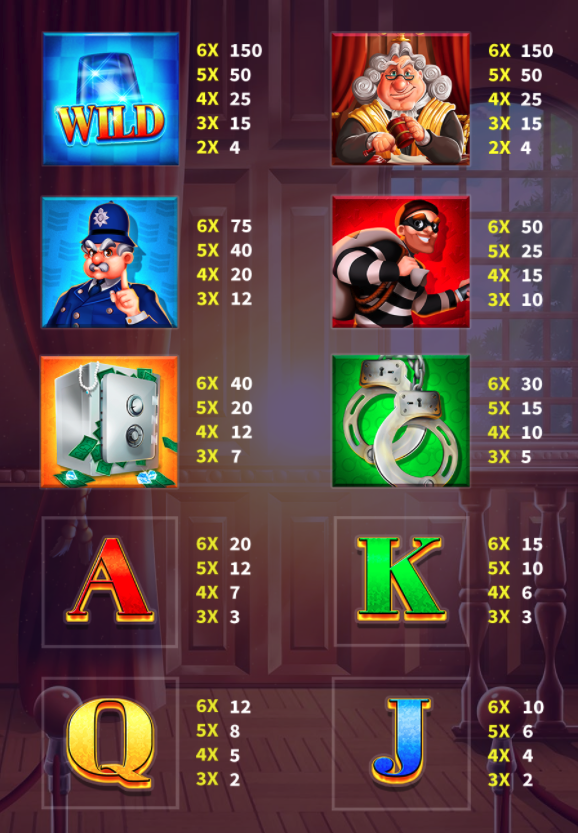 Most of us won’t ever have to spend a day in court but if for some reason you’d like to find out what happens there then why not try out this online slot from Skywind – it’s called Judge & Jury Megaways and it comes with an array of bonus features including awards from the judge, stacked wilds, wanted poster prizes and free spins.

Judge & Jury Megaways is a six reel slot with a potential 117,640 ways to win if the maximum number of rows are in play; the bewigged judge sits to the left of those reels, occasionally saying serious things to the occupants of this wood-panelled room.

The judge is one of the high value symbols along with the policeman, the thief, the safe and the handcuffs; 10, J, Q, K and A are the lower values. The diamond is wild and the special symbols are the cell and the Judge & Jury logo.

Every symbol in a winning combo will disappear and be replaced by more falling in from above, potentially continuing the process.

At random the judge can trigger the following:

If a red light appears on the horizontal row at the top then the reel beneath will turn completely wild.

On every spin a wanted poster will be displayed to the right of the reels and if a matching one lands on the reels you’ll win the multiplier prize shown (2x, 5x, 10x, 100x and 5000x).

Landing four of the Judge & Jury scattered logos anywhere in view will award ten free spins with five more for each additional scatter; there win multiplier starts at 1x and increases by 1x with every win. Three or four scatters will award an extra five of ten spins respectively.

This round also features the I.D. Parade which is triggered by landing three to six cell symbols which will award one to four picks respectively on the line up. Those picks can reveal up to ten free spins, up to 10x added to the win multiplier of cash prizes of up to 100x.

Clicking the Double Chance button on the left will add 25% to the stake but double the likelihood of triggering the free spins feature.