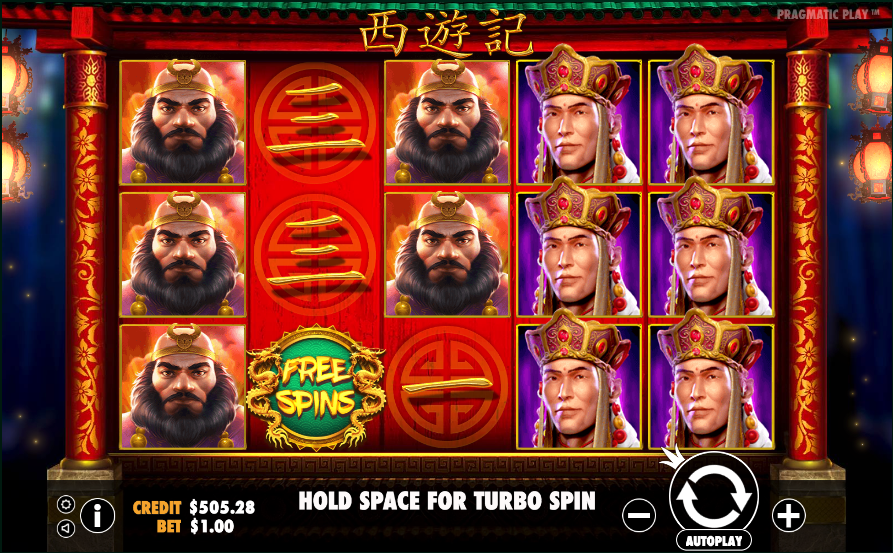 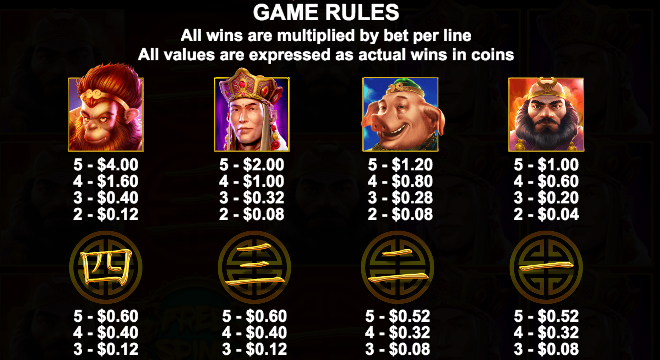 Online slots fans with longer memories will no doubt recall a Chinese television show called Monkey which was based on a rather complex story involving gods and pilgrimages; Journey to the West is a release by Pragmatic Play with more than a nod towards this tale and you can find out how it works right here.

Journey to the West is a five reel slot with three rows and twenty five fixed paylines; paper lanterns swing gently in the breeze behind the structure on which the reels spin and there’s some appropriately Chinese music to accompany your gameplay.

The higher value symbols are Monkey, Tripitaka, Pigsy and Sandy (or at least that was the characters in the show) while the lower values are represented by four Chinese characters.

The wild is a big, gold ‘Wild’ on a jade background and it will replace all others to help form winning combos except for the Free Spins scatter symbol.

This is triggered by landing three of more of the gold and green Free Spins scatter symbols anywhere in view for which you will initially receive five free spins although you can earn three more indefinitely with three more scatters during this round.

Before the spins start you must select one of the four characters or the wild symbol to be stacked during the spins and that symbol will also come with a multiplier up to 5x, relative to it’s value.

Journey to the West is certainly a playable enough slot and squarely in the mould of other Pragmatic Play games; the graphics and the sound effects create a striking atmosphere, there’s some cash to be won in the free spins round and an RTP of 96.47%.