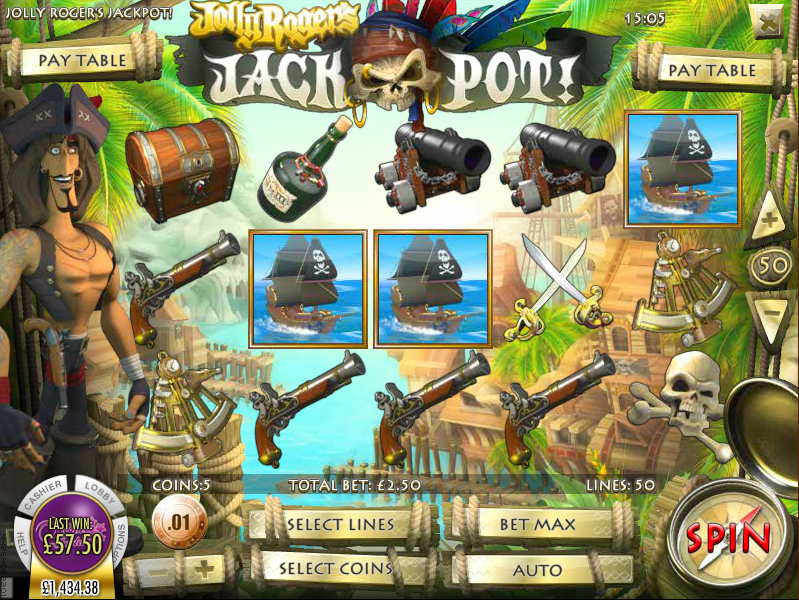 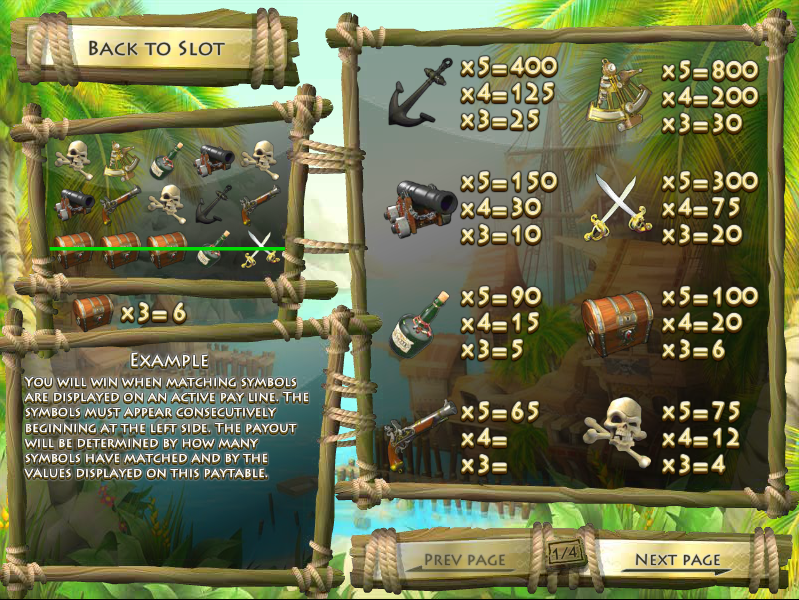 We always like a nice intro movie and and we get a short but informative one with Jolly Roger’s Jackpot which tells us that the subject of this slot is pirates and plunder in the Caribbean. It’s not the first pirate-themed game we’ve played but it’s the first by Rival Gaming and it’s of a very high quality so keep reading to find out more.

Jolly Roger’s Jackpot is a five reel slot with three rows and up to fifty paylines; the backdrop to the transparent reels look like some sort of pirate hideout hidden away in a secluded cove on a tropical island. The pirate captain watches over proceedings from the left hand side.

All the symbols are theme-related and include a skull and bones, a pistol, a bottle of alcohol, a treasure chest, a cannon, a pair of cutlasses, an anchor, a sextant and the pirate captain himself.

The big moustachioed pirate is wild and appears only on reels one, three and five; he will expand to fill the entire reel if it’s possible to form a winning combination. The two scatter symbols are the pirate ship and the female pirate and they both activate separate features.

Some piratical free spins can be yours as long as you can land three or more of the female pirates anywhere in view. You will receive the following:

All wins during the spins will be subject to a 3x multiplier and it’s possible to trigger more spins and the bonus game from within this feature.

This mini-game is triggered by landing three or more of the pirate ship scatter symbols. There are some instructions for the next bit but essentially you have three shots to hit three ships; after each hit some treasure falls out into the sea which you must click to collect – it’s very easy.

This is a really high quality release from Rival Gaming and it’s a pleasure to play; the bonus features seem to get triggered regularly and the graphics and animations are excellent – even the ‘Spin’ button is designed to look like a compass – check it out.