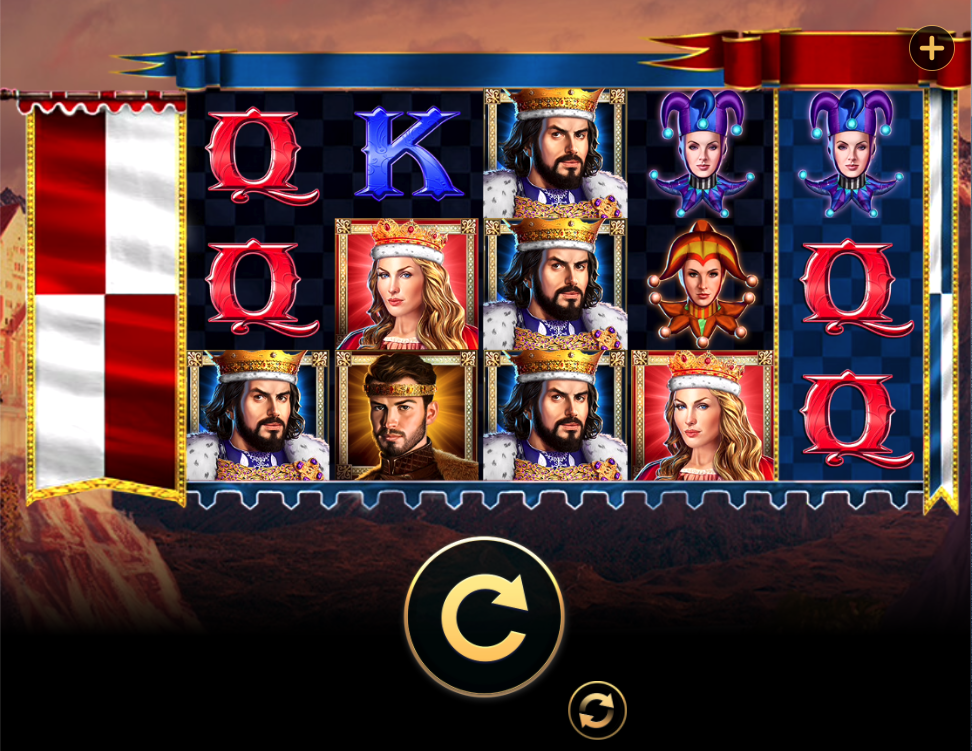 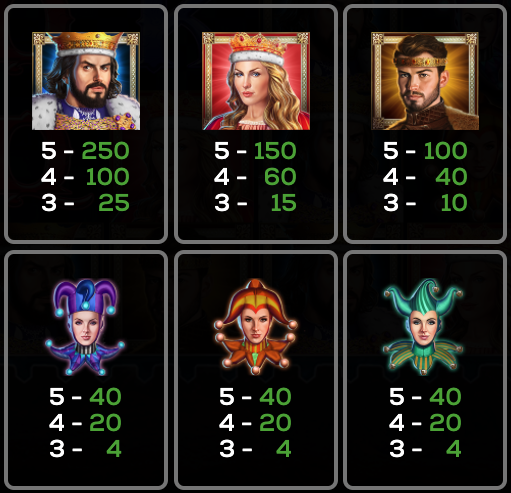 Joker’s Riches 2 is a five reel slot with three rows and twenty fixed paylines; standards in various royal colours surround those reels which float against a mountainous backdrop where lofty castles are built into the steep sides.

High value symbols include the king, the queen and the prince along with three jokers in purple, orange and green; J, Q and K represent the lower values. Those jokers can also be wild but only as a result of the Lasting Loot feature explained below; the big, golden ‘Bonus’ is the special symbol.

In the base game wild symbols are only created by landing one of the coloured scepters on reel five – any jokers which match the colour of that sceptre will now become wild for the next three spins. The sceptre will also become wild. Ideally you’ll be able to transform all three jokers into wilds at the same time for some big wins.

Landing three of the golden Bonus symbols anywhere on reels two, three and four will award seven free spins which cannot be retriggered. During this round the Lasting Loot feature acts a little bit differently:

Joker’s Riches 2 is not a huge step forward from its predecessor but it offers just about enough extras to make it worth some spins – trigger those features for the biggest wins!