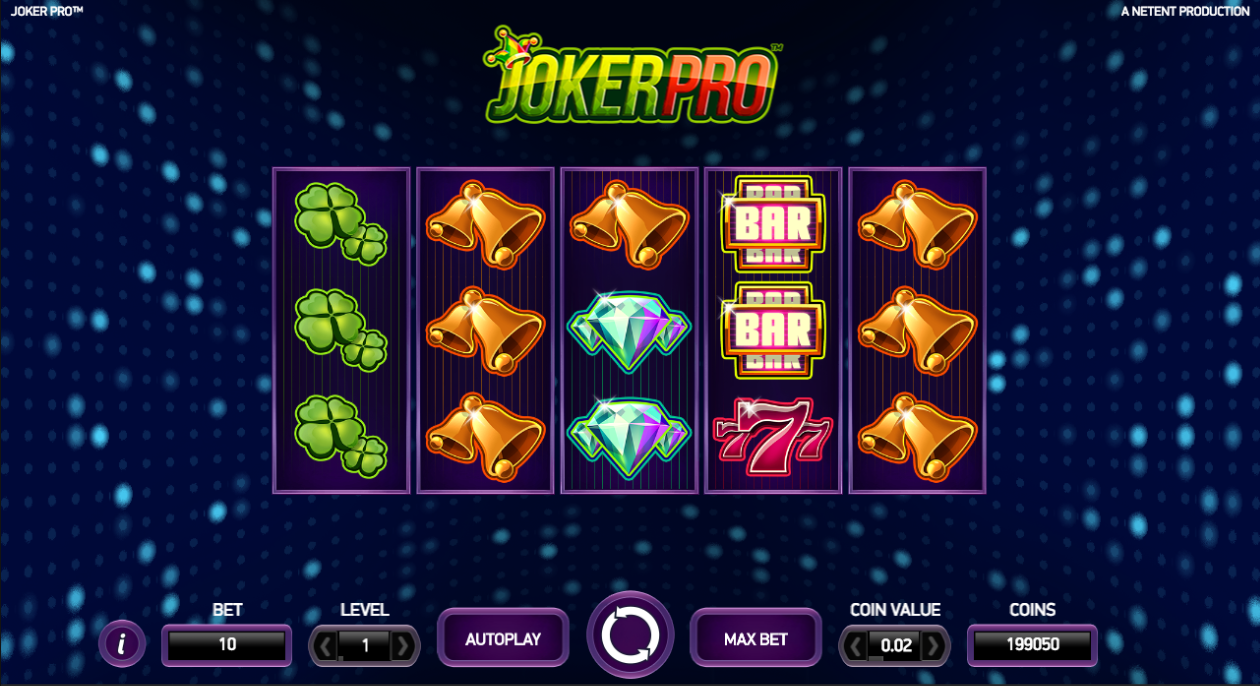 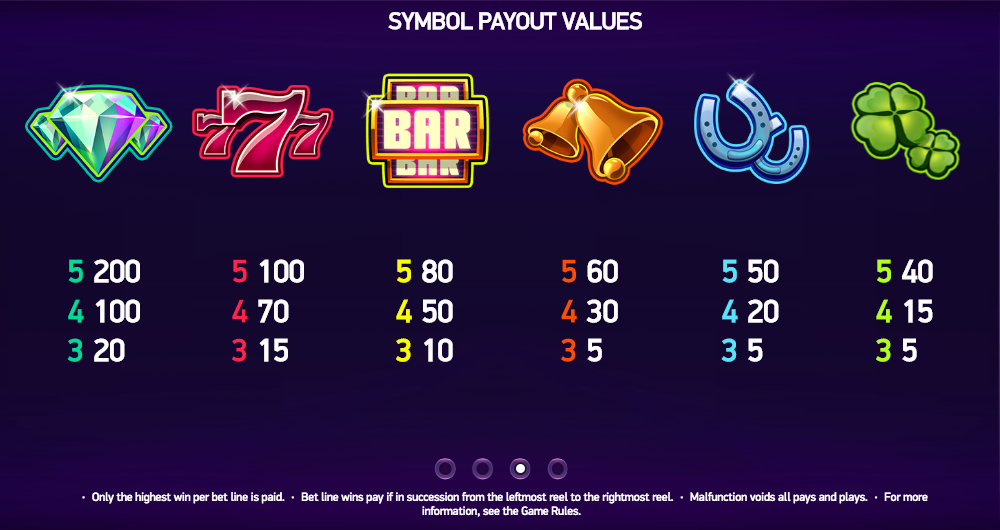 Joker Pro was originally an exclusive releases at Mr Smith Casino but it’s now more widely available. It’s a deceptively simple-looking Net Entertainment development which is fast-moving, colourful and well worth checking out – read all about it below.

Joker Pro is a five reel slot with three rows and just ten fixed paylines; the design is quite basic but the symbols spin in neat purple-rimmed reels against a backdrop of twinkling lights.

There are just six standard symbols, they are all related to the theme and they include traditional items such as diamonds, red sevens, bars, bells, horseshoes and four leaf clovers.

There are no wilds outside the bonus feature but there is a scatter symbol which is appropriately represented by a joker’s hat.

Trigger this by landing three scatter symbols in the centre positions of reels two, three and four in the base game for 1000x your total bet.

This feature is triggered by landing one or more of the joker hat scatter symbols anywhere on reels two, three and four; reels one and five will now become completely wild and the triggering scatter symbol also. You’ll now get one free respin to try and win some cash.If another scatter lands you’ll get one more spin.

Joker Pro is a fun and fast-moving game which largely revolves around trying to trigger the Joker Pro Respins; they come around fairly regularly so you shouldn’t have to wait too long. It comes with an RTP of 96.80%.