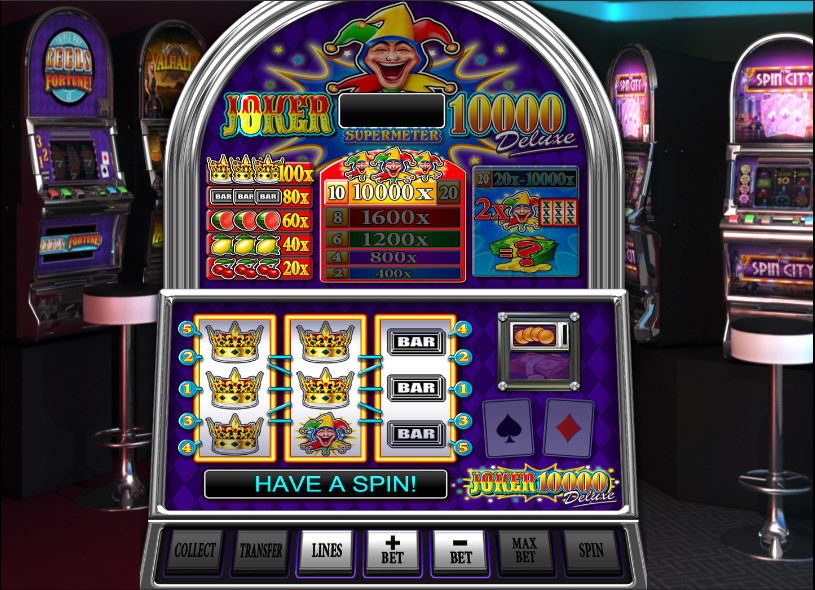 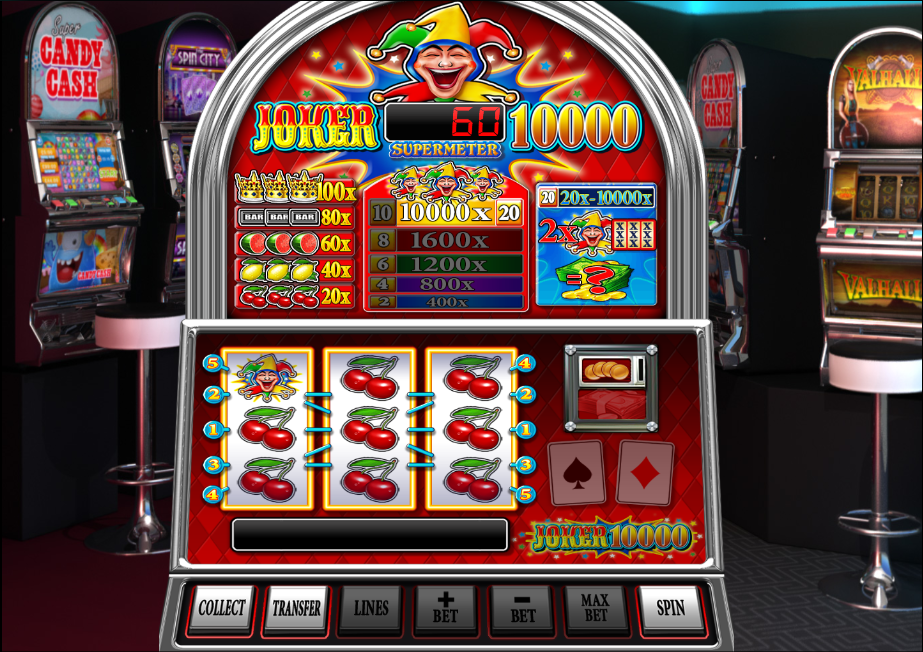 If you long for the noise, the smells and sticky carpets of a bricks and mortar casino but can’t be bothered to leave the house then an online slot such as Joker 10000 might be just the thing; you won’t get the smells or the carpets but you will get a realistic-looking game developed by betdigital with some interesting features.

Joker 10000 Deluxe is a three reel slot with three rows and up to five paylines; you’re playing on a realistic recreation of a physical slot machine with various other betdigital titles waiting to be played in the background.

The symbols are largely traditional and include crowns, single bars, watermelons, lemons and cherries; there’s also a joker who acts as a standard symbol in the base game but has other abilities in the Supermeter game.

Joker 10000 Deluxe can be played with up to five paylines and you’ll need to be playing all five to be able to reach the Supermeter; every win amount you land in the standard game can be transferred to the Supermeter by pressing ‘Spin’ and used to play on a set of reels in which the joker is now a scatter symbol and will award mystery prizes of up to 10000x your stake for three on the reels. Press ‘Collect’ if you want to bring the Supermeter balance back down to the standard game.

Every win in the standard game can be gambled with the flashing playing card buttons but this is a double or nothing punt in which you can lose all those winnings. The Supermeter game can be played after a successful gamble.

Joker 10000 Deluxe involves a bit of thought when transferring your balance between the standard game and the Supermeter (but not too much); it’s an interesting slot and it’s worth mentioning that the RTP is quite low (92.00%) when playing fewer than five paylines but increases to 96.50% with five and then 97.00% in the Supermeter game.