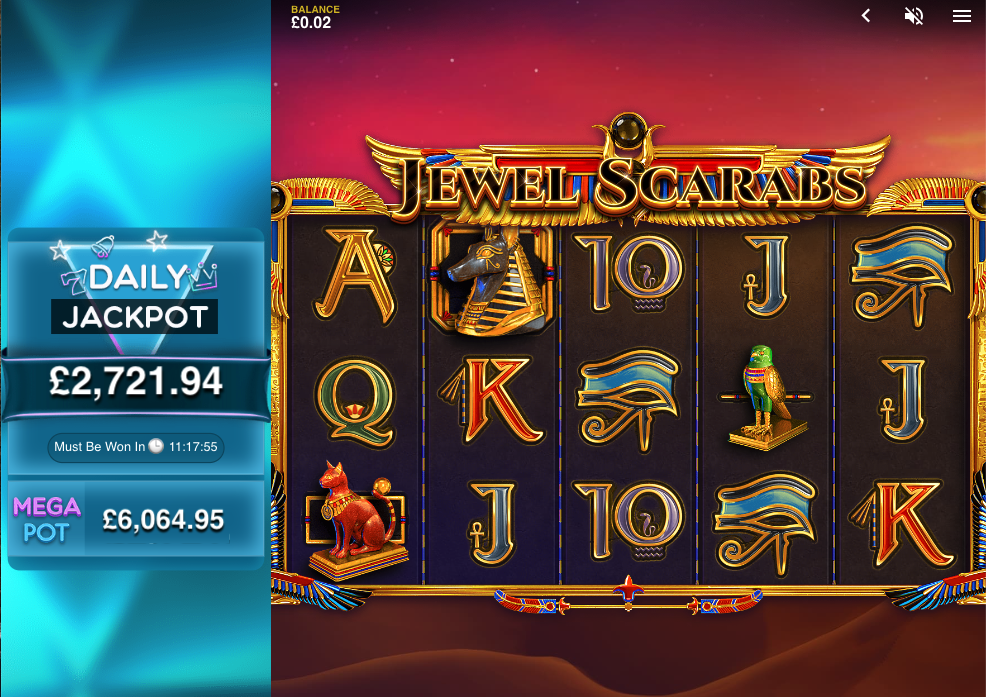 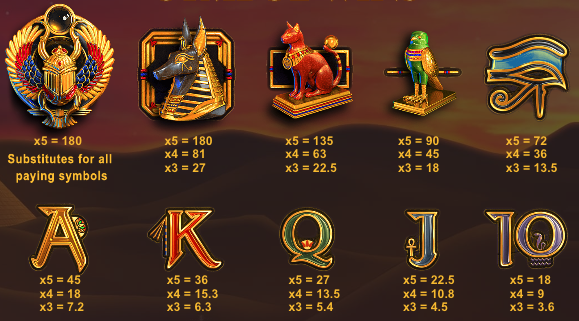 Ancient Egypt is a familiar stamping ground for online slots fans who by now should be fairly knowledgeable when it comes to the various gods and legends of that North African civilisation; Jewel Scarabs is another opportunity to further our research, it’s developed by Red Tiger Gaming and it comes with a wild feature and free spins.

Jewel Scarabs is a five reel slot with three rows and nine fixed paylines; those ornate golden reels float against a backdrop of pyramids, camels on dunes and the setting sun.

The four higher value symbols are some familiar godly representations such as the Eye of Ra and Bastet; 10, J, Q, K and A make up the lower values.

The scarab is of course wild and it will substitute for all standard symbols to help form winning combos –  it’s also the scatter and it comes with a nifty feature we’ll describe below.

This is good fun because every time the scarab lands on the reels it will stay there as long as it’s part of a win, flying to a new position on the next spin and carrying on this process as the wins continue.

Landing three of the scarab symbols anywhere in view will award ten free Golden Spins for your pleasure; the extra enhancement in this round is that each scarab will increase the win multiplier by 1x for each win they help with. Even better news is that more than one scarab in a winning combo will have their attached multiplier values totalled for wins of over 5000x.

The graphics are top notch, the free spins are always welcome but what we really like is the Wild Scarab feature which can earn continual wins on subsequent spins for the luckier players! Try it, you won’t regret it!