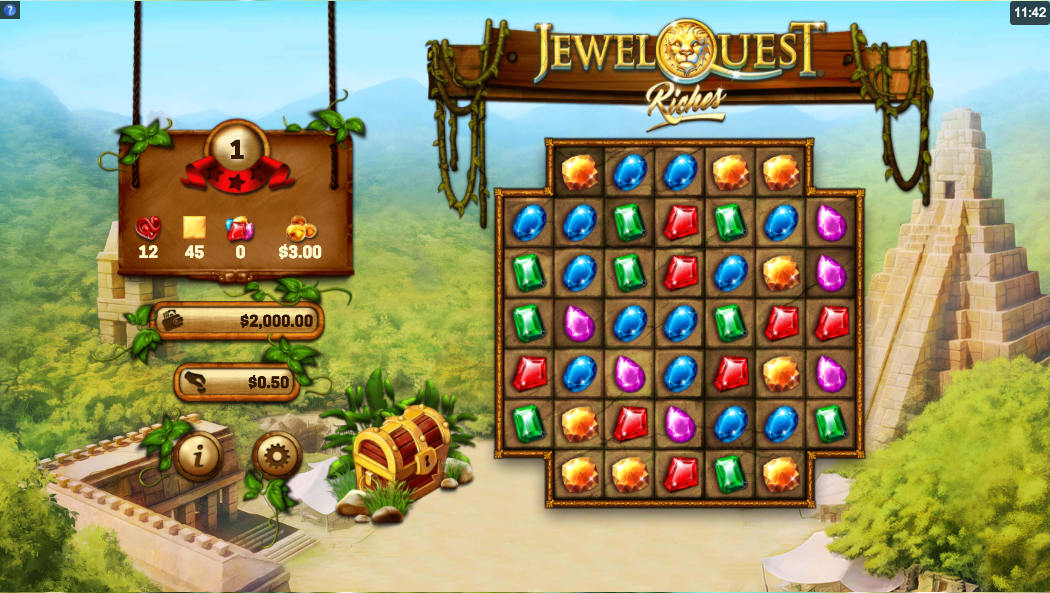 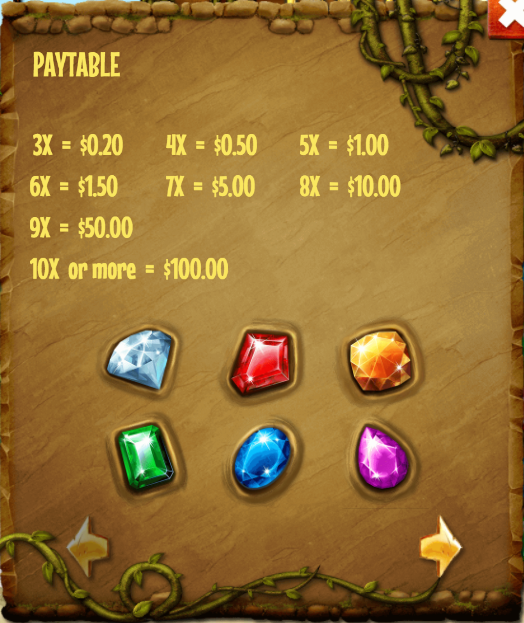 There’s a hint of Skull Island about this online slot machine from Old Skool Studios but this is in fact an unnamed location where players can work their way through various places, levelling up as they go; it’s called Jewel Quest Riches, it’s good fun and you can find out all about it below.

Jewel Quest Riches plays out on a 5 x 5 grid and cascading symbols are in play here meaning that every time you create a horizontal or vertical line of three or more, they will disappear to be replaced by more falling in from above – new combos can then be created accordingly.

All the symbols are gems and differentiated by colour so we have light blue, red, orange, green, blue and purple; with each winning combo in a single spin, the multiplier for any wins will increase by 1x up to a maximum of 12x.

The wild symbol is a multicolour gem which will substitute for all others to form winning combos except for the golden mask scatter.

This is triggered by landing three of the golden mask scatter symbols anywhere on reels one, three and five; you must now pick one of the three masks on offer which will award between 8 and 10 ‘moves’.

In the next stage you must play a gem matching game with those moves and the task is to create matches of three or more gems; the area covered by each match will turn gold and when the whole grid is gold, you move to the next location and win the bonus jackpot amount. Gold tiles are carried over to the next time the bonus is triggered and there are eight levels in total which can be replayed when all have been completed.

Each bonus event is begun with two relics and each match of four or more gems will award one more; when the round is over you’ll get to pick one of those relics which will award a multiplier value of the number of gems matched.

Jewel Quest Bonus is a great slot which combines some reel spinning action with some manual gem matching meaning that some of your winnings depend on your own skill; it also offers some longevity with the level and location progression.