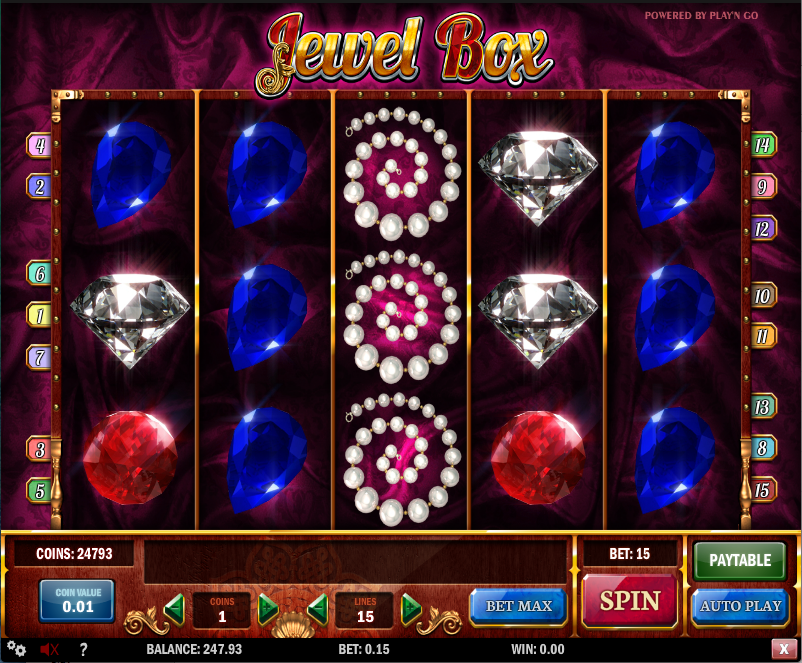 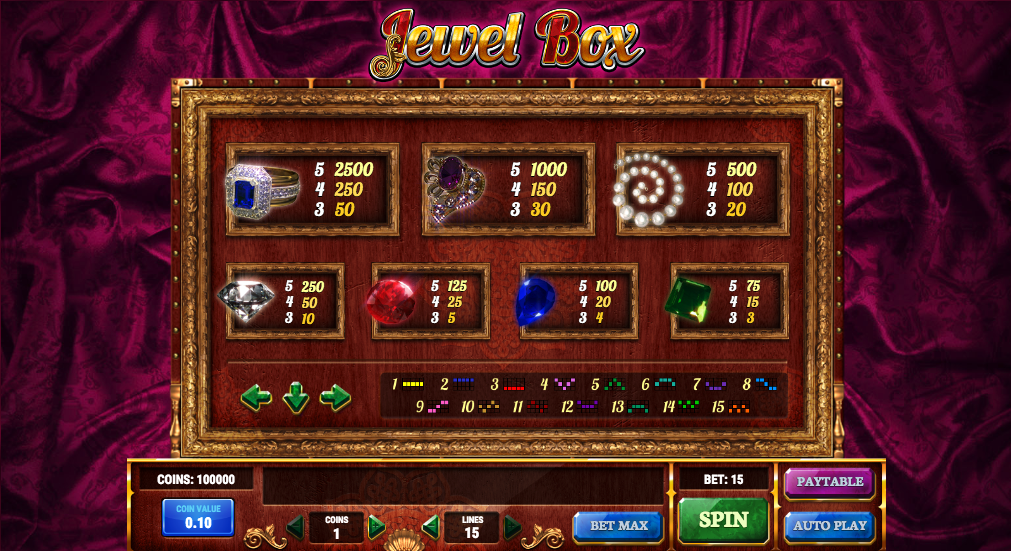 Jewel Box is one those aspirational online slots which gives you a glimpse of what life could be like – or what you could own – if you were to strike if rich while spinning the reels. This release from Play N Go is all about the jewels and it’s certainly a very classy looking game; read on to find out more.

Jewel Bos plays out over five reels and fifteen paylines; nice big symbols fill the reels which are set in a wooden jewellery box. That box is resting on a dark red cushion which lends the whole thing an expensive atmosphere.

The symbols are a nicely-designed set of extravagant gems and we’ll describe them by colour – green, blue red and clear – and then there’s a string of pearls, a jewel-encrusted brooch and a lavish ring.

The main bonus feature is this Pick-A-Prize mini-game and it’s a pretty brief affair; you will need to land the jewellery box scatter symbols on reels one, three and five and then you will get the chance to select one of those boxes for an instant prize. That’s all there is to it.

If you’d like to gamble away that last win, just press the ‘Gamble’ button underneath the reel. You will now get the chance to double or quadruple your winnings by correctly guessing whether the next playing card drawn will be red/black or the right suit.

There’s a limit of five correct guesses or 2500 coins.

Approach the gamble feature with some care – wagering every one of your wins is the quickest way to lose your bankroll. Gamble occasionally and don’t imagine you’ll win more than a couple of picks in a row.

This may seem like quite a basic slot but it’s enhanced by the ability to make wins starting from reels one, two or three. The multiplier wild is also a nice touch, not forgetting the fact that this game looks top notch.