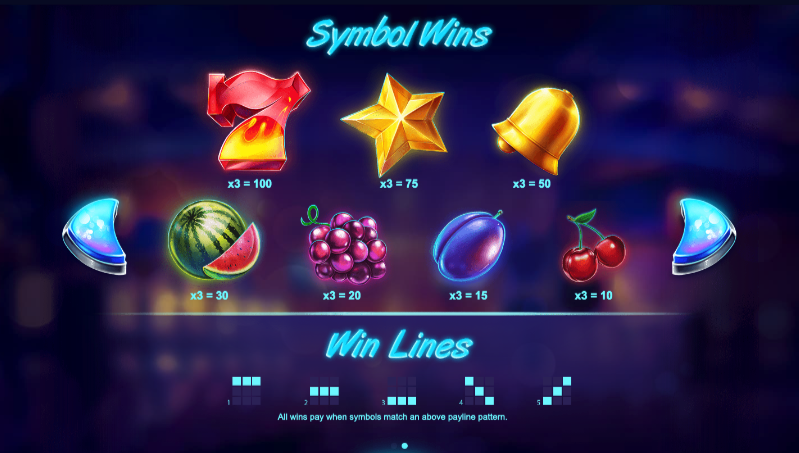 Three reel online slots don’t come around too often these days so it’s a refreshing change to find one such as Jester Spins which combines bonus features and a progressive jackpot; it’s developed by Red Tiger Gaming and you can read all about it right here.

Jester Spins is a three reel slot with three rows and just five paylines; the design is modern and glitzy with shiny metal borders to the sides and hazy lights in the background. The progressive jackpot totals tempt us from the green box on the left hand side.

All the symbols are traditional and related to the theme – they include the fiery red seven, the gold star, the golden bell, a watermelon, a bunch of grapes, a plum and some cherries.

There’s no wild symbol in Jester Spins but there is a Jester’s hat symbol which is the key to the feature.

This is triggered by landing three of the Jester’s hat scatter symbols anywhere in view for which you will receive ten free spins; the objective during these spins is to land two or three more scatter symbols and each time you do an instant win will be awarded. The extra good news is that these instant wins will increase each time so hopefully there’ll be some big wins headed your way by the end of the round.

Red Tiger slots tend to follow the same design template but they offer enough differences in the gameplay to enjoy them on their own merit; Jester Spins may only have three reels but it gives us some high quality graphics, an inventive feature and of course the progressive jackpot – it also comes with an RTP of 96.02%.