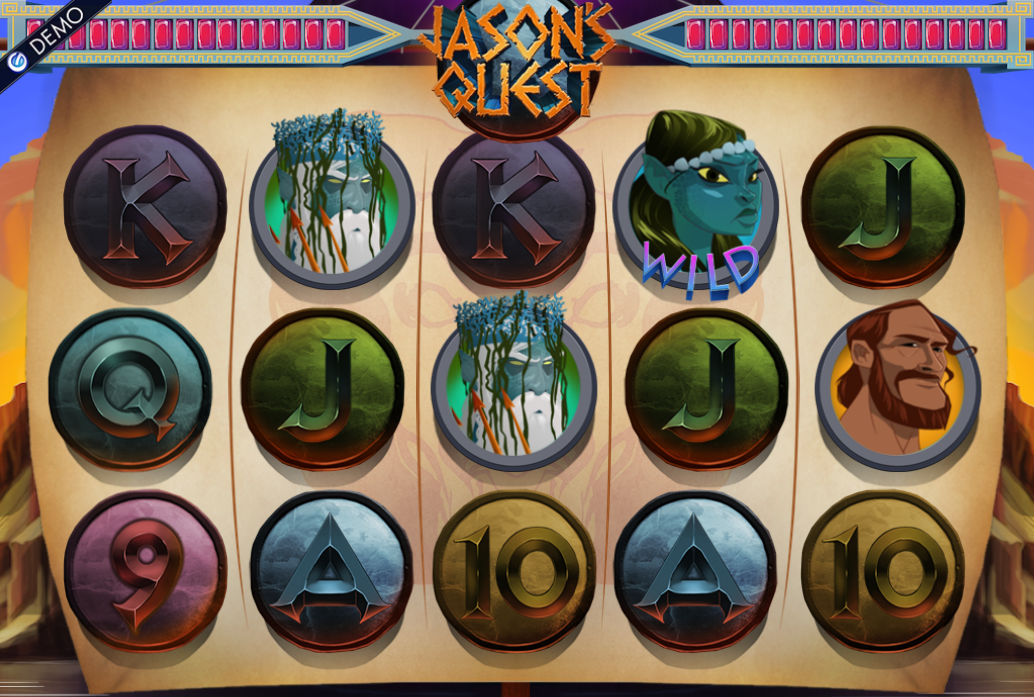 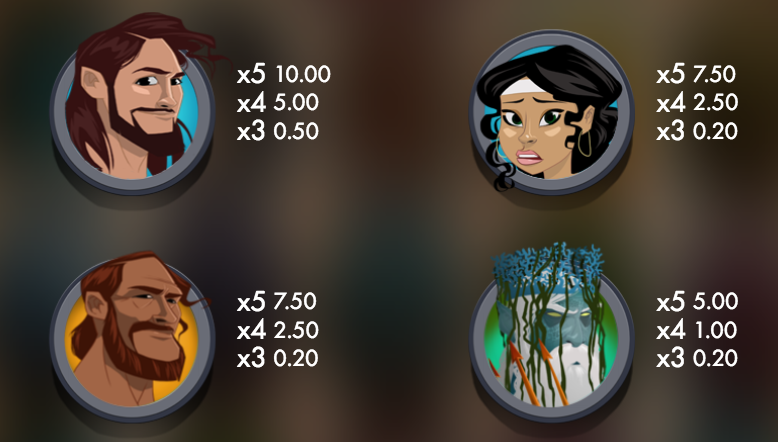 Greek mythology is always a fertile hunting ground for online slots developers and that’s fine by us – as long as the final result is creative and of a high quality we’ll be happy to play it. Jason’s Quest is another themed along these lines, designed by Genesis Gaming and based on the tales of Jason and the Argonauts. Read on for all the essential details.

Jason’s Quest is a five reel slot with three rows and up to twenty five paylines; the reels spin on the sails of Jason’s ship and we can just about make about some mountains and water in the background. 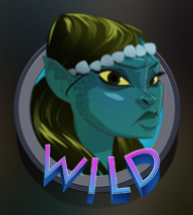 There are four high value symbols – Jason, his wife Medea, Poseidon and one other chap we can’t place; 9, 10, J, Q, K and A are the lower values.

The wild symbol is (we think) one of the Harpies and she will substitute for all others except the scatter – that’s represented by the famous Golden Fleece and it activates the main feature.

There are three levels to achieve in Jason’s Quest and this is done by collecting gems; gems are awarded randomly after any spin or by triggering the bonus feature. The bonuses available on each level are described below. 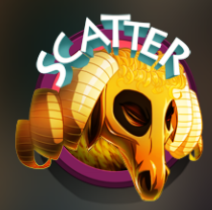 This feature is triggered by landing three or more of the Golden Fleece scatter symbols anywhere in view. On levels two and three you can choose from the available monster battles.

Level One – No Gems Required – Cyclops

You will be taken to a screen displaying the many-headed Hydra and all you have to do is pick three of the five places to attack to reveal a credit value and/or a multiplier.

Eight free spins are awarded with skeleton symbols on the reels; land a skeleton and you will be asked to select one of three shields which will award a prize or a standard symbol. If it’s a symbol then each of the skeletons on the reels will transform into that symbol. More spins can be won by landing three more scatters.

We really like the cartoon design of this game and it’s all very high quality and good fun; the levelling up aspect is not really for those who just want to dip their toe into this game but it certainly encourages longevity and is a good thin in general. Check it out!