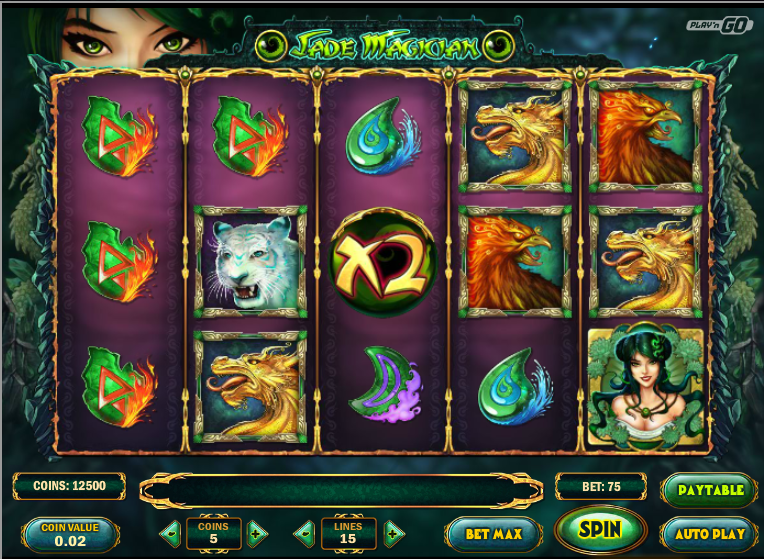 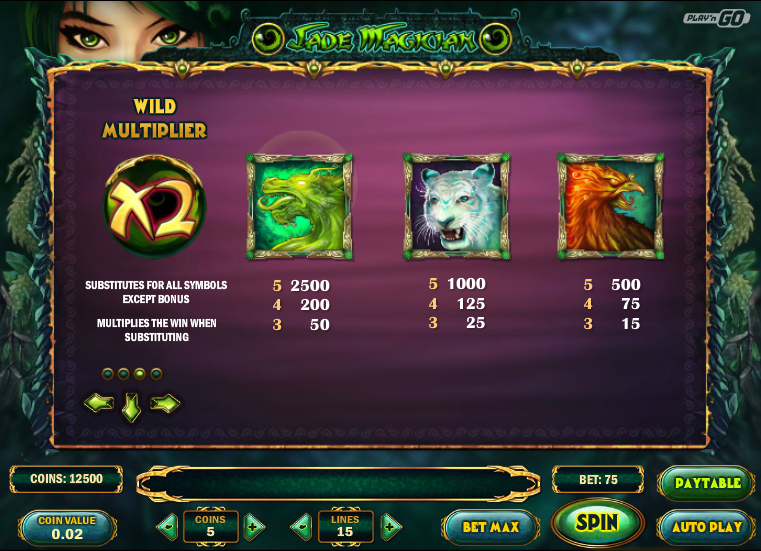 Are there ever any winners when themes collide? Of course there are – us, the online slots fans who get to check out a game such as Jade Magician with it’s oriental and fantasy storylines; it’s developed by Play N Go and you can read all about here.

Jade Magician is a five reel slot with three rows and up to fifteen paylines; it’s all very green and atmospheric – the reels spin within an ornate, organic frame behind which we can just make out the green eyes of the Jade Magician herself.

All the symbols are related to the theme and include a dragon, a tiger, an eagle and then four pieces of jade allied to an elemental force – earth, fire, wind and water. Winning combos can be formed anywhere on the reels as long as there are at least three matching symbols.

The wild is a ‘x2’ symbol and that should give us a clue that all wins to which it contributes will be multiplied by 2x; it substitutes for all others except the Jade magician free spins symbol.

This is triggered by landing three of the Jade Magician scatter symbols anywhere on reels one, three and five; you will initially receive just five free spins but one, two or three scatters landing during this round will award one, two or five more spins respectively. The Jade Magician also acts as a wild for this feature.

If you land just two Jade Magicians during the base game you will be asked to pick from one of the four jade/elemental icons which appear on screen. Three will award prizes but one will trigger the free spins round.

Jade Magician is a very atmospheric slot with some smooth, high quality gameplay and and an enhanced free spins feature which should prove lucrative for lucky players – check it out.