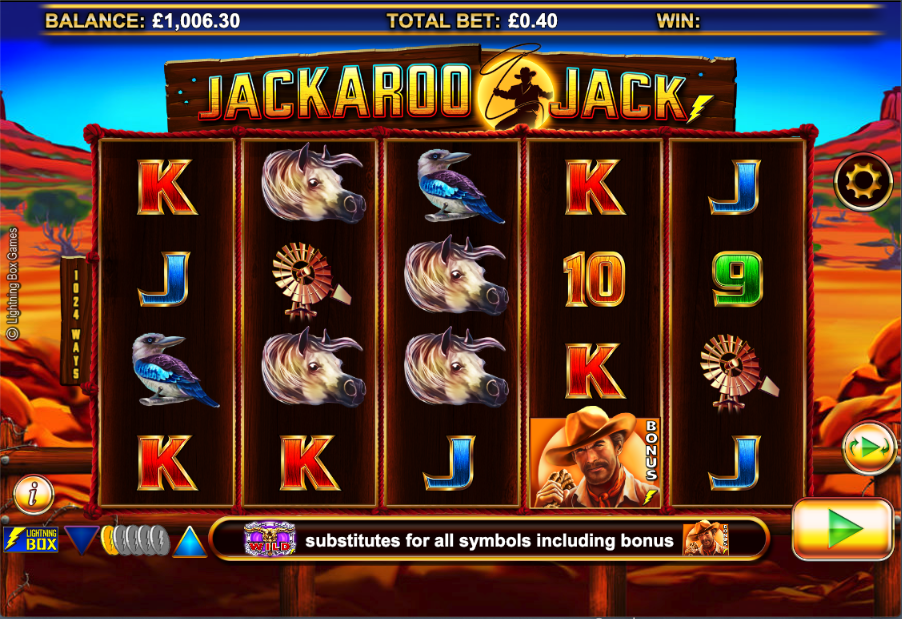 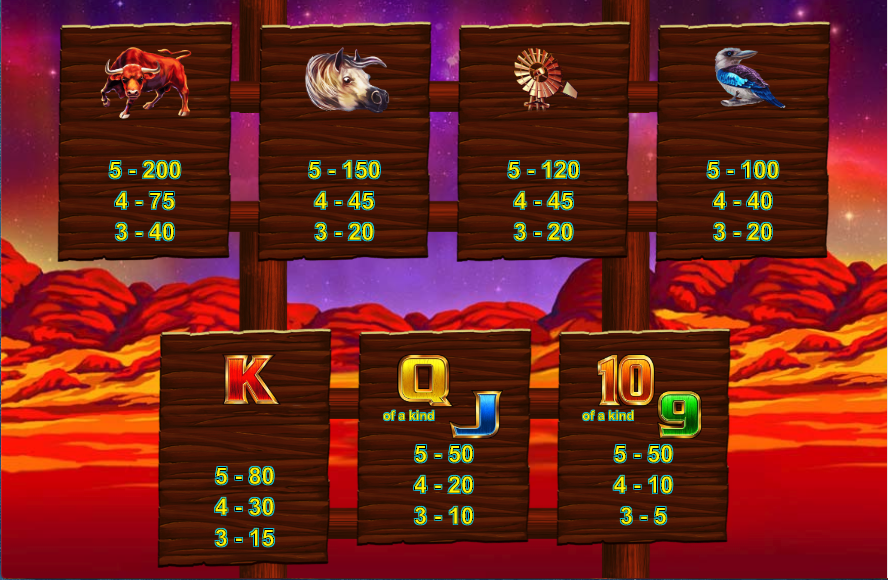 We’re heading over to Australia now to check out the whereabouts of a chap called Jackaroo Jack; he looks after the cattle at this particular ranch and he’s also the theme of this online slot from Lightning Box Games which offers wild respins and free games.

Jackaroo Jack is a five reel slot with four rows and 1024 ways to win; ropes surround those reels which float against a backdrop of a parched desert landscape under a clear blue sky. There’s also a high octane soundtrack to accompany your gameplay.

The four high value symbols include a bull, a cow, a windmill and a bird; 9, 10, J, Q and K make up the lower values.

The wild symbol is a horned animal skull which appears only on reels two and four and it will replace all others to help form winning combos except for the Jackaroo Jack bonus icon.

This is triggered whenever you land at least one wild symbol on the reels and there’s no win; you’ll now receive a single respin with all those wilds held in place.

Trigger this by landing at least six of the Jackaroo Jack bonus symbols anywhere in view and you’ll get to select from one of the following five free spins options and wild multipliers:

The wild multipliers still appear only on reels two and four and it’s possible to win more spins by landing six more Jacks during this round.

An Australian ranch may be an unusual theme for an online slot but it’s not without charm in amongst its animated animals; both features have a little bit extra to offer and the harmonica soundtrack will put you in the right mood to spin the reels.