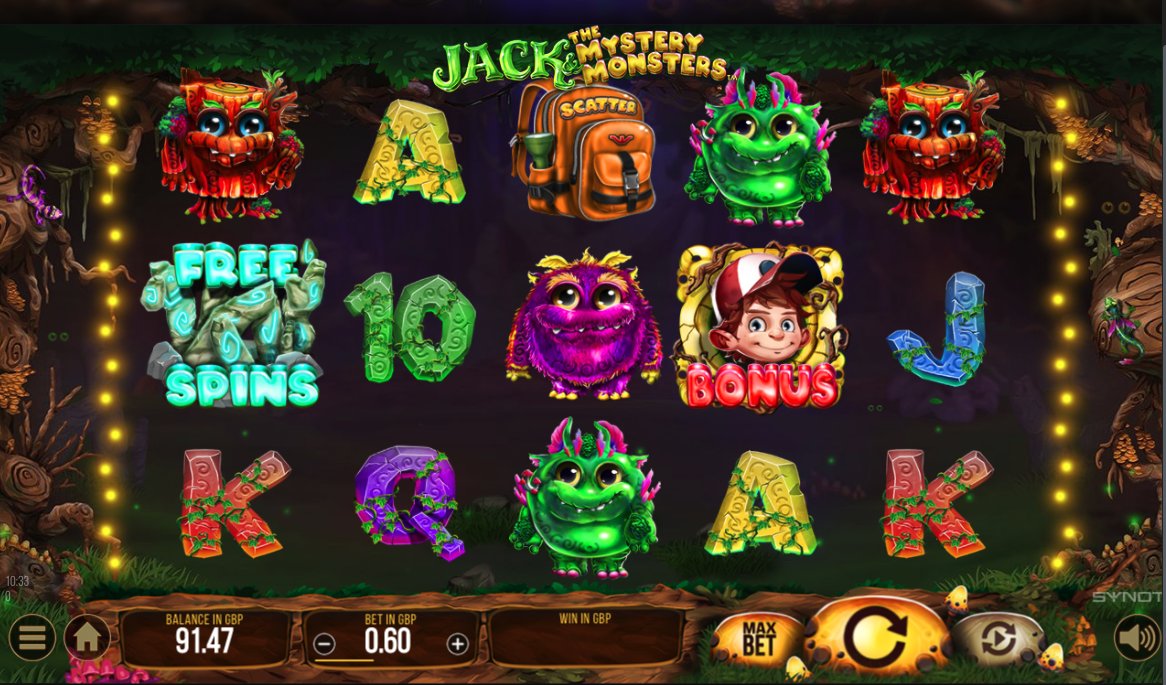 Adventures in a magical forest await those willing to try out this fantasy-themed online slot from Synot Games – it’s called Jack And The Mystery Monsters and it’s our young hero who’ll be exploring the gloomy woods in search of free spins and a picking game with instant multiplier prizes.

Jack And The Mystery Monsters is a five reel slot with three rows and fifteen fixed paylines; yellow lights illuminate those reels against the gnarled wood and darkness of the undergrowth behind.

Four friendly-looking monsters in red, purple, blue and green represent the high value symbols and the standard 10, J, Q, K and A make up the lower values. The green ‘Wild’ is wild, the backpack is the scatter and the special symbols are the ‘Free Spins’ and Jack himself. A win with a wild symbol is multiplied by 2x.

Landing three of the Free Spins symbols anywhere on reels one, two and three will award ten free spins – these can’t be retriggered unfortunately but every time the wild symbol appears on reels two or four the win multiplier will increase by 1x up to a maximum of 21x.

This is triggered by landing three Jack bonus symbols on reels three, four and five and you’ll get to play a picking round in two locations; the first will offer a choice of five items to reveal a cash prize and the second will be choice of two items to reveal a multiplier value.