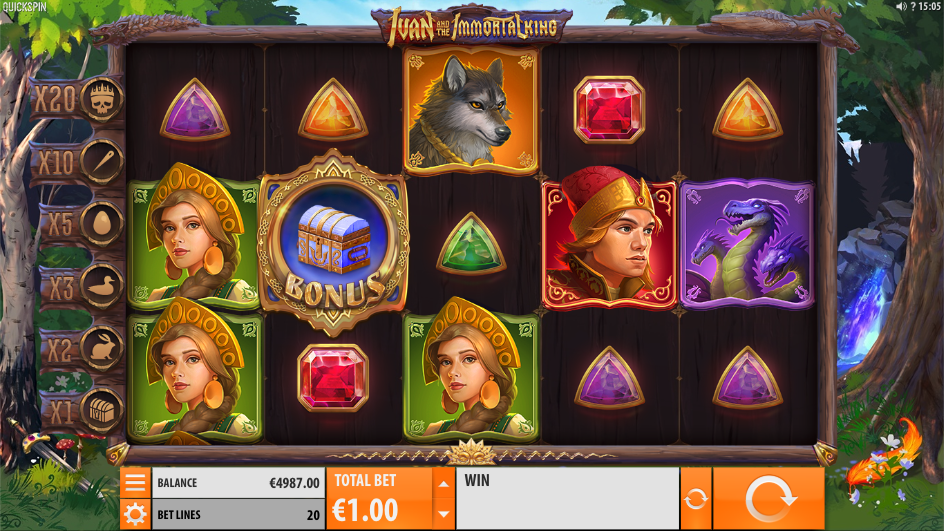 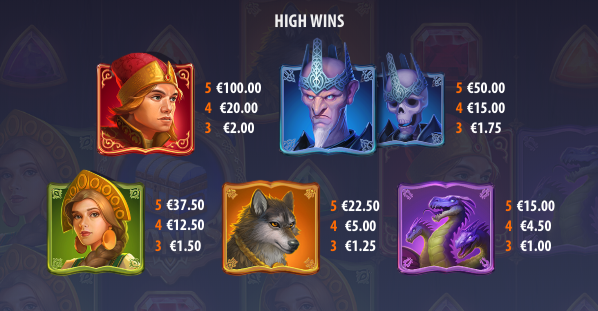 Historians of Slavic folklore out there may already know about Ivan Tsarevich and his quest to steal the life force of Koschei the king; it’s apparently hidden in a needle, then in an egg, which is in turn inside a duck, a hare and finally a chest. Ivan and the Immortal King is an online slot following the adventures of Ivan and his efforts to bag that spirit.

Ivan and the Immortal King is a five reel slot with three rows and twenty fixed paylines; there’s a gentle, forested setting to those carved reels but also a glowing blue cave just visible in the background.

The five higher value symbols include Ivan, Koschei, a girl with a nice hat, a wolf and a dragon; five gems in red, blue, green, orange and purple make up the lower values.

The wild is an ornate, golden ‘Wild’ which will replace all others to help form winning matches except for the treasure chest scatter and the progress scatter symbols.(in the free spins).

This is triggered by landing three, four or five of the treasure chest scatter symbols anywhere in view for which you will receive 10, 14 or 18 free spins respectively. In this round the aim is to work your way up the items on the left hand side by collecting sets of three progress scatter symbols (the skull coin). Each set will also award four extra spins.

The order of the items, the total number of spins and it’s multiplier value for any wins are as follows. Triggering the round with four or five scatter symbols will start you off on the hare or duck levels respectively. 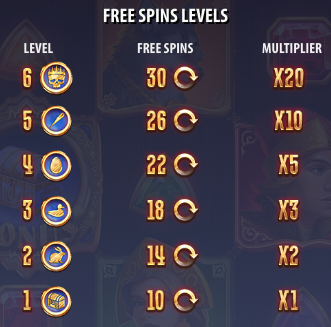 This can occur randomly on any base game spin and Baba Yaga will appear to select four adjacent symbols; these will either transform into a random number of scatter symbols or four matching symbols.

Ivan and the Immortal King is a slot which weaves itself nicely into the narrative of the original tale and of course it’s designed to Quickspin’s usual high quality; the free spins round is inventive and hopefully profitable for the luckier players.