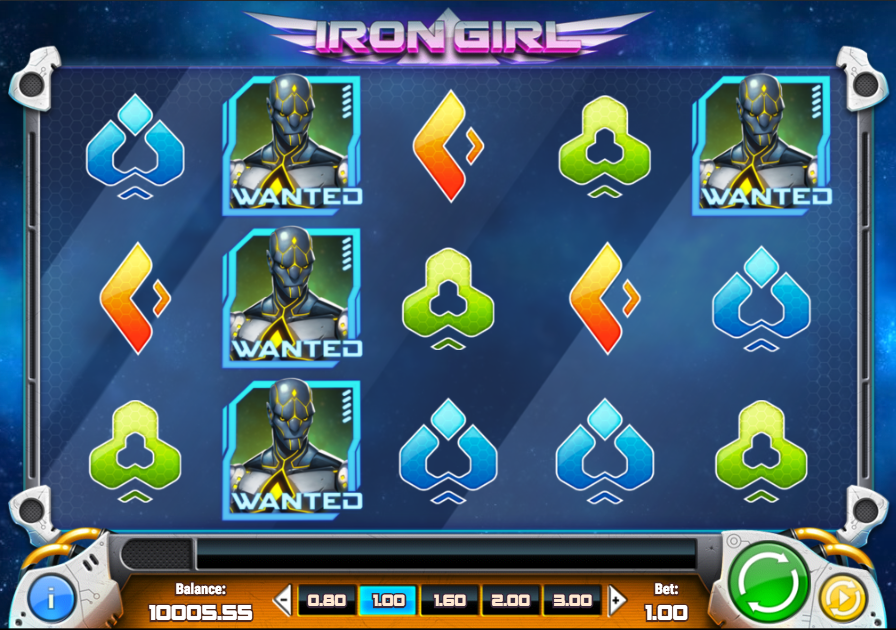 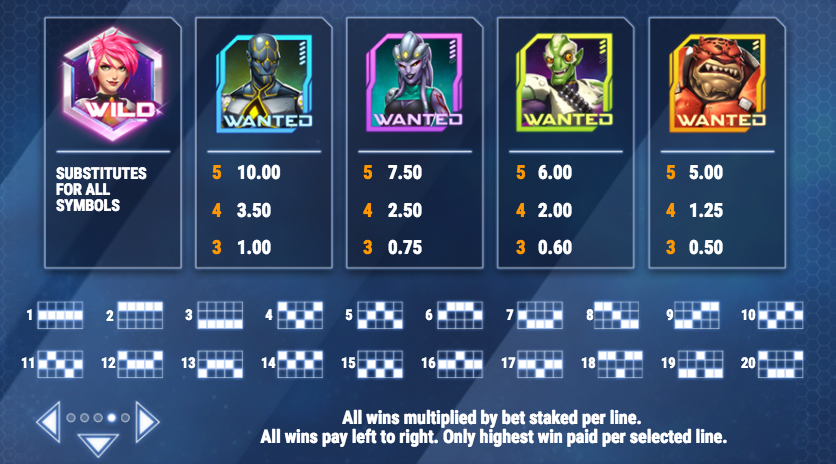 There’s a refreshing touch of gender equality about this superhero-themed online slot from Play N Go because the title character is Iron Girl, a red-haired crime-fighter battling to keep us safe from alien foes – find out how it all works right here.

Iron Girl is a five reel slot with three rows and twenty fixed paylines; those reels spin on the screen of a spacecraft as it moves slowly through the cosmos, accompanied by a futuristic soundtrack to crank up the atmosphere.

The four high value symbols are the four alien baddies and they are best differentiated by colour – blue, purple, green and yellow; futuristic playing card symbols in similar colours represent the lower values.

Iron Girl is wild and she will replace all others to help form winning combinations.

This is the feature around which the gameplay revolves and it’s triggered each time a winning combo is created featuring at least three matching villains (or wilds). Those villains, any wilds and any other matching ones in view will now be held in place while all others symbols positions spin. Landing more matching villains or wilds will extend the process until no more land at which point any payouts are made.

That’s not the end of the feature though because if you can land at least eight the following extras will be awarded:

This is a mini-feature which can see up to five wild symbols added to the reels to help out with some wins and perhaps even the Villain Respins.

Iron Girl is a real winner of a slot from Play N Go – those Villain Respins don’t seem to hit as often as one might expect but there are some big wins available when they do. Definitely worth a few spins!.