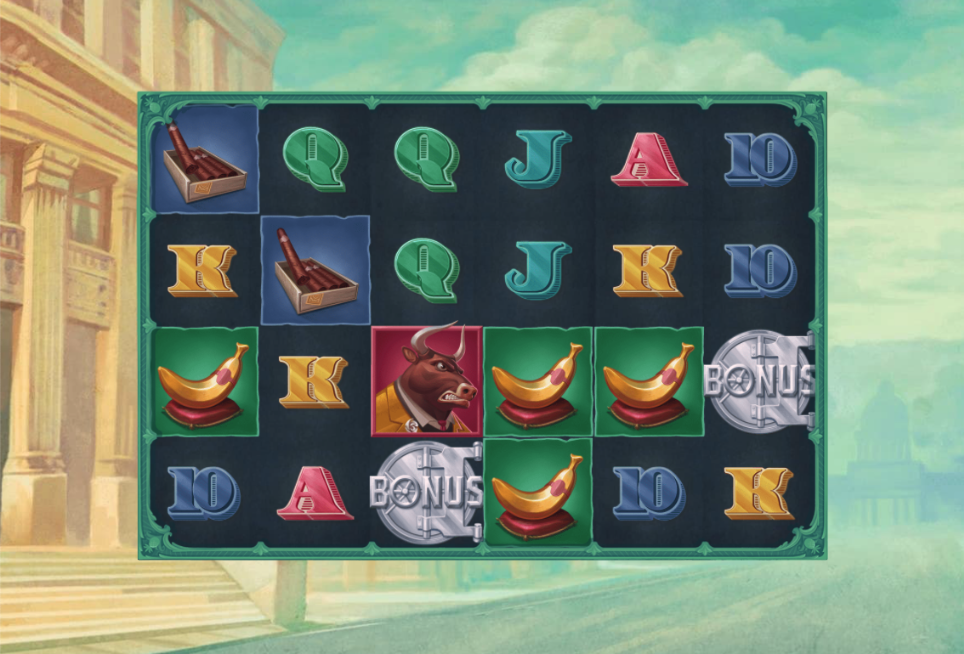 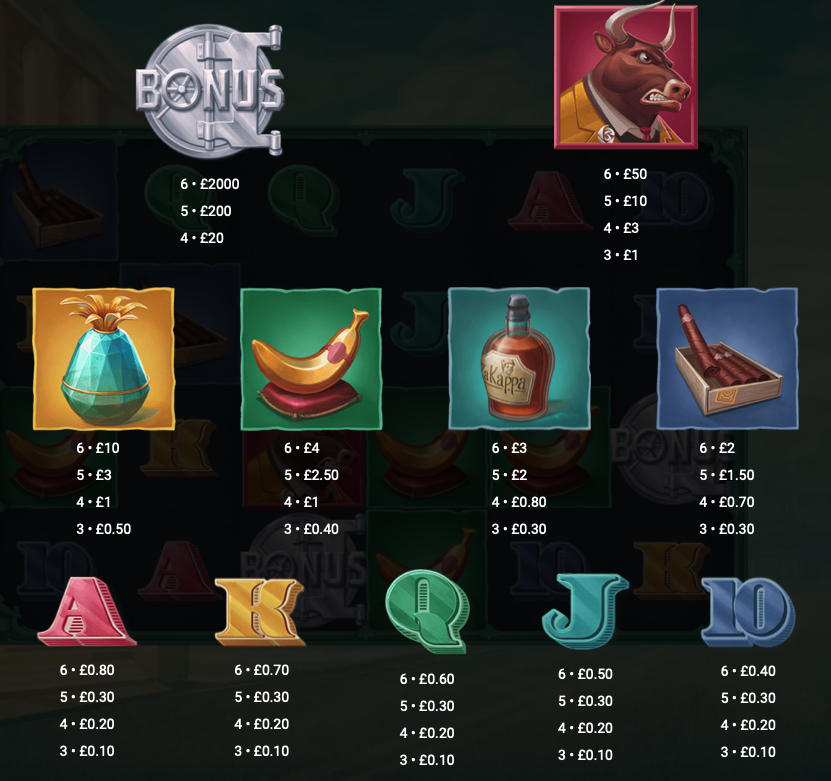 The setting is the Caribbean island of Cuba in the 1950s and the story is one of bank robbery as we try out Iron Bank, this online slot from Relax gaming/CasinoGrounds; it stars a criminal master mind called the Jaguar who’s trying to help us win one of three free spins modes, random features and big prizes.

Iron Bank is a six reel slot with four rows and 4096 ways to win; the heat of this sunny location is reflected in the blue haze behind those reels and target bank is the large building on the left hand side.

High value symbols include the bull, the pineapple decanter, the banana humidor, the bottle of brandy and the box if cigars; 10, J, Q, K and A represent the lower values. The jaguar is wild and he can appear stacked on the reels while the safe is the bonus symbol.

These three mini-features can be activated on any base game spin:

Landing at least three of the safe bonus symbols anywhere in view will offer players the option to choose between the following free spins modes:

Iron Bank is engaging and high quality stuff from a developer we rate very highly; from the steamy Caribbean atmosphere to the mini-features and three free spins modes it’s all good stuff and certainly recommended.

Iron Bank  is a crime-themed video slot from Relax Gaming with six reels and 4096 ways to win.

The Return To Player percentage for Iron Bank is 96.20%.

How To Win On Iron Bank ?

Where can I play Iron Bank ?