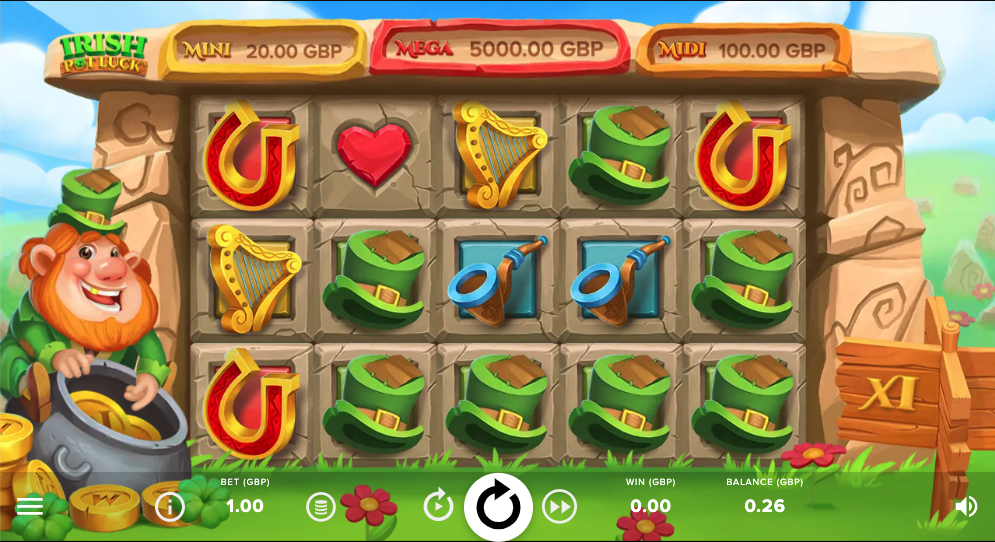 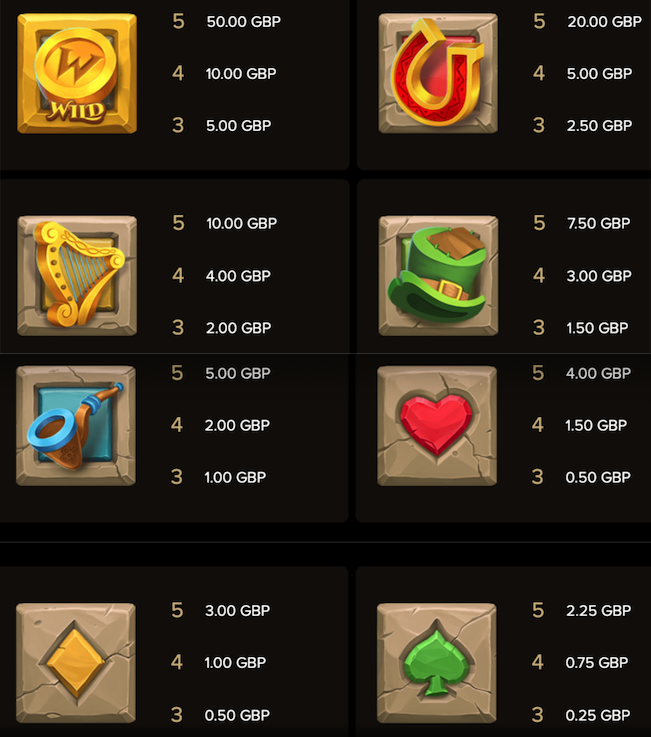 A trip to the Emerald Isle awaits us now as we spin the reels on this Irish-themed online slot from Net Entertainment – it’s called Irish Pot Luck and it tempts players with free spins, random win multipliers and the Jackpot Wheel feature with prizes up to 5000x the stake.

Irish Pot Luck is a five reel slot with three rows and twenty fixed paylines; there’s a cheerful leprechaun to the left of those reels, a multiplier signpost to the right and the three jackpot prizes displayed at the top. The usual sunny, Irish weather completes the scene.

High value symbols include the horseshoe, the golden harp, the leprechaun’s hat and his pipe; playing card symbols carved from stone represent the lower values. The big golden ‘W’ is wild, the clover is the jackpot symbol and the rainbow is the scatter.

The multiplier signpost rotates with each spin with a value up to 5x in the base game which will then be applied to any win.

This is a random award which places three jackpot symbols or three scatters on reels one, three and five or up to five wilds on a single reel.

Landing three of the rainbow scatter symbols anywhere on reels one, three and five will award an initial ten free spins which can be retriggered in the same manner. In this round the multiplier signpost contains values up to 15x.

This is triggered by landing three of the jackpot clover symbols anywhere on reels one, three and five in the base game or free spins; you’ll now get to spin the Jackpot Wheel which is a three-tiered affair. The outer tier spins first and the following prizes are possible:

Irish Pot Luck is an entertaining, if not hugely ground-breaking, trip to the land of myth, legend and Guiness; the leprechaun provides plenty of action by regularly flinging things on to the reels and those jackpot prizes are tempting indeed!