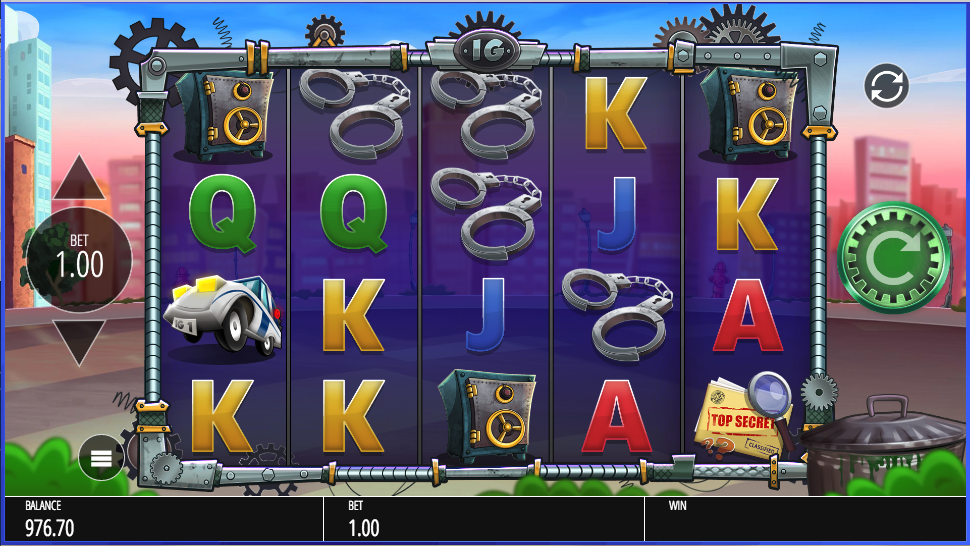 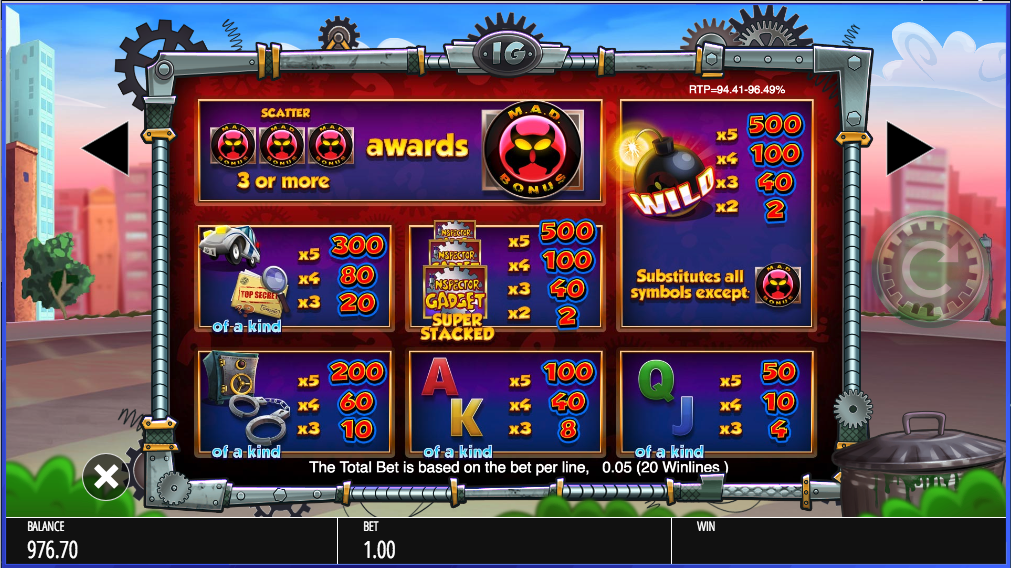 Inspector Gadget was always one of the oddest superheroes of our cartoon-watching childhood – something of a cross between Inspector Clouseau and Iron Man with a bit of slapstick comedy thrown in; anyway there’s now an online slot based on this character, it’s developed by Blueprint Gaming and it comes with a veritable array of gadget-themed bonus features.

Inspector Gadget is a five reel slot with four rows and twenty fixed paylines; cogwheels attached to the metal reels turn as you spin them and this construction floats in front of a colourful city vista.

The high value symbols are all related to the theme and include the game’s logo (which appears stacked), the car, some secret files, a safe and a pair of handcuffs; J, Q, K and A makeup the lower values.

A fizzing bomb is the wild and it will substitute for all others to help form winning combinations except for the M.A.D. bonus symbol.

The following mini-features can occur on any spin when the phone rings:

There are also two even smaller modifiers involving the mallet or the safe, both of which change a losing spin into a win.

For the first four features there’s a chance the reels will expand to become seven rows high with fifty paylines.

This is triggered by landing at least three of the bonus symbols anywhere in view and a Wheel of Fortune will now spin to determine which of the following five bonuses will be awarded:

Inspector Gadget is a slot which channels the spirit of this odd crime-fighter very well in it’s numerous bonus features and music from the original show; the various bonus hit regularly, especially the smaller ones, and there’s an RTP of 95.00%.