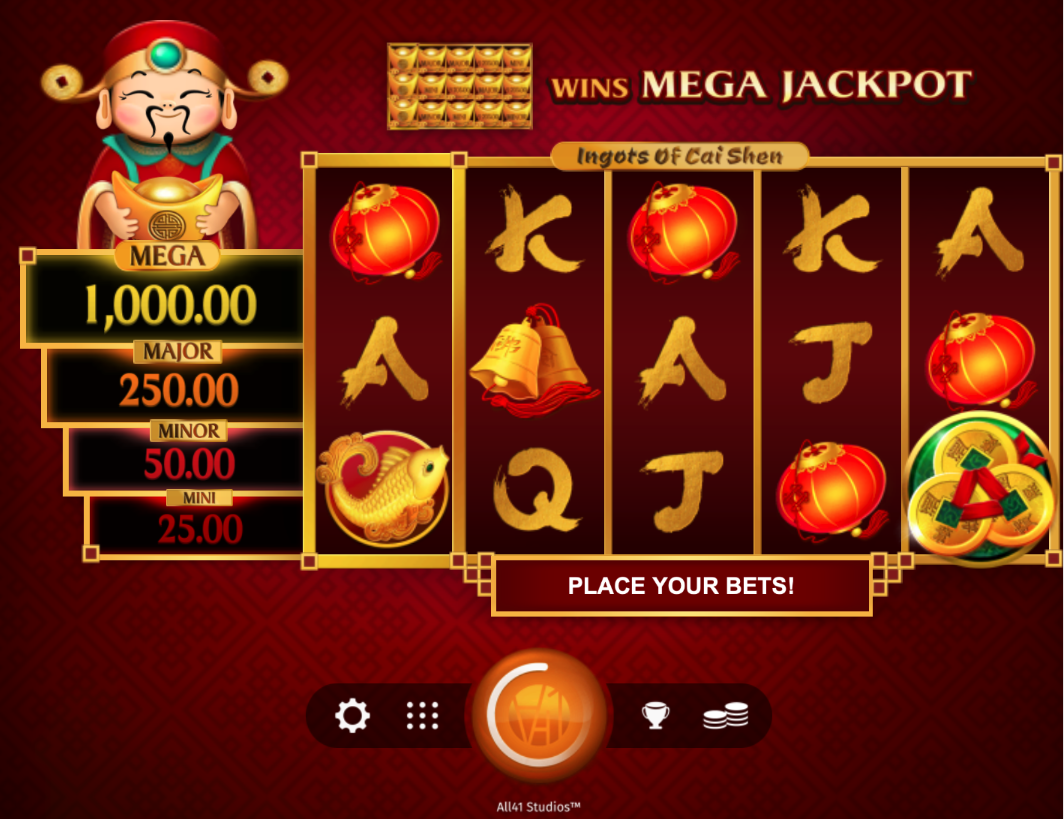 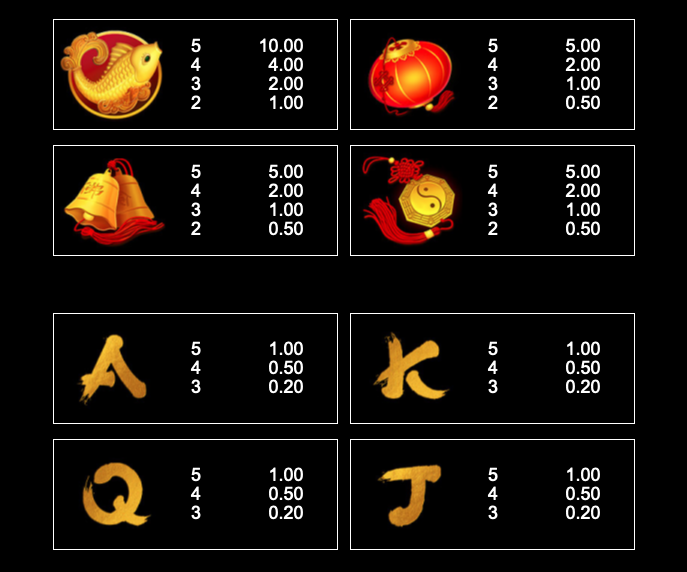 Online slots fans will surely be aware that Can Shen is the Chinese God of Wealth and he’s featured in several games we’ve reviewed in the past; Ingots of Cai Shen sees his return to the reels in a slot developed by all41studios/Microgaming and from £0.10 per spin it tempts players with jackpot prizes, the Cai Shen feature and plenty of free spins.

Ingots of Cai Shen is a five reel slot with three rows and 243 ways to win and the design is a traditional Chinese one with gold-rimmed reels, a dark red background and Cai Shen himself watching over the jackpot prizes.

High value symbols include the Koi, the paper lantern, the bells and the Yin Yang pendant; J, Q, K and A are the lower values. There are no wilds in this game but the special symbols are the gold ingot and the coins.

This is triggered by landing a stack of three gold ingots on reel one in the base game – any other ingots in view at the same time will now award either a bet multiplier (of up to 20x) or the Mini/Minor or Major jackpot prizes. If there are no ingots elsewhere on the reels then two will be added and these will both be multiplier prizes.

If all reels are full of gold ingots then you’re very lucky and have just won the Mega Jackpot of 1000x the stake.

Landing thee of the gold coin scatter symbols anywhere on reels three, four and five will award an initial eight free spins and these can be retriggered in the same way.

During this round any gold ingot on reel one will be nudged to fill the whole reel which will in turn trigger the Cai Shen feature.

This is an enjoyable return to the reels for our old friend Cai Shen and we’d say that the main draw is the feature which bears his name – just land those gold ingots and it’s all good!