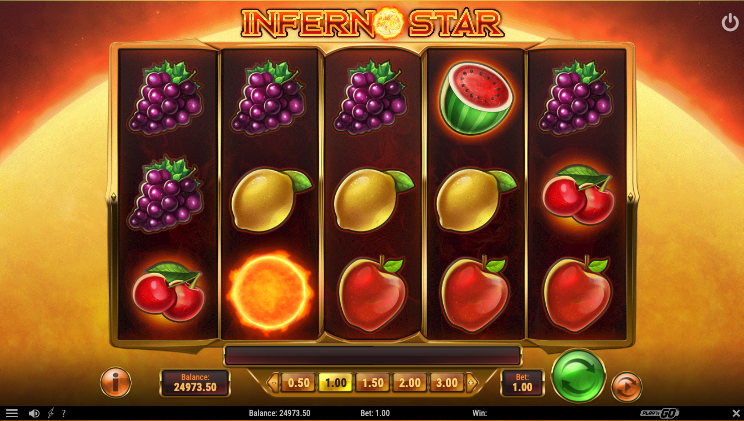 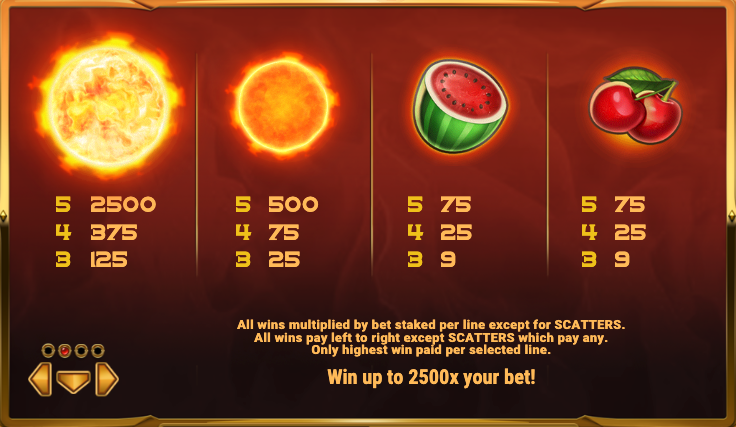 In a normal situation the combination of fruit and heat would usually result in some sort of tasty puree but in the case of Inferno Star these elements come together to create an entertaining online slot machine; it’s developed by Play N Go and it offers players some simple gameplay combined with an exciting bonus feature.

Inferno Star is a five reel slot with three rows and just five fixed paylines; the neat, golden reels spin dangerously close to a huge, burning star in the background while your gameplay is accompanied by a haunting musical soundtrack to complete the experience.

All the symbols are related to the theme and include the burning sun, watermelons, cherries, apples, plums, lemons, cherries (essentially the contents of an interesting fruit bowl).

There’s no wild symbol in Inferno Star but there is a Raging Sun which is the key to the bonus feature explained in detail below. 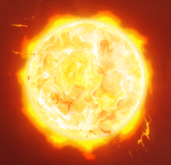 This is where all the action happens and it involves the Raging Sun symbol which is like the smaller sun on steroids; it only appears on reel  three but when it does it will trigger the Raging Sun Respins.

All suns (Raging or not) will be held in place and you’ll receive a free respin in which to try and land more suns; doing so will then award another spin and this process continues until no new suns land. All suns will then be treated as scatter symbols and paid out as such.

All wins can be gambled using the ‘Gamble’ button which appears below the reels – try and double up with a red/black bet or quadruple it by picking the correct suit but get it wrong and you’ll lose it all.

Inferno Star proves that there is still enjoyment to be had from simplicity – this slot may have just five paylines but that doesn’t matter once the reels start spinning and the Raging Sun starts landing on reel three. Toasty!