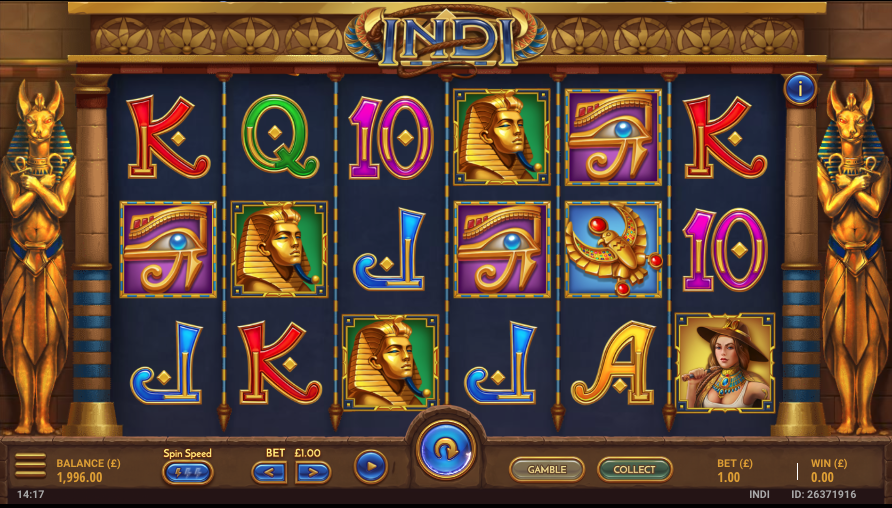 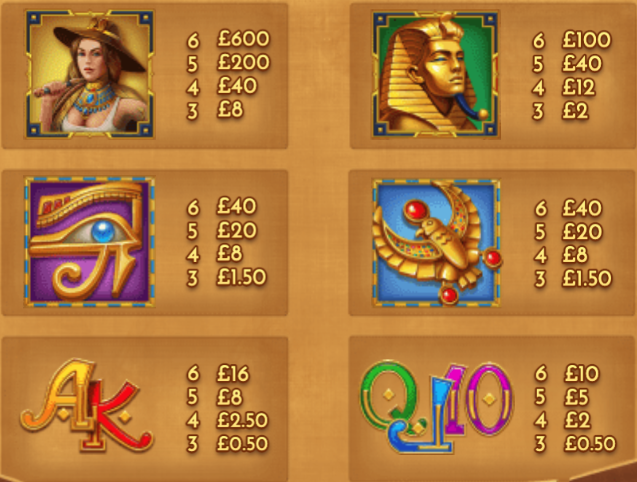 Stand by for the spiritual successor to Indiana Jones, she’s called Indi and she’s the star of this online slot of the same name from Gluck Gaming which tales us to on a tour of Egyptian tombs in search of free spins and scatter wins.

Indi is a six reel slot with three rows and ten fixed paylines; golden statues and columns flank those reels which spin under a golden ledge.

The high value symbols include Indi, the Sphinx, the Eye of Ra and Ra in his bird form; 10, J, Q, K and A represent the lower values. The flaming Roches are wild and the ornate books are the scatter symbols.

This is triggered by landing at least three of the book scatter symbols anywhere view for which you’ll receive an initial eight free spins but these can be retriggered in the same way indefinitely.

Indi is an Egyptian-god themed video slot from Gluck Gaming with three reels and twenty ways to win.

The Return To Player percentage for Indi is 95.20%.

How To Win On Indi?

Where can I play Indi?