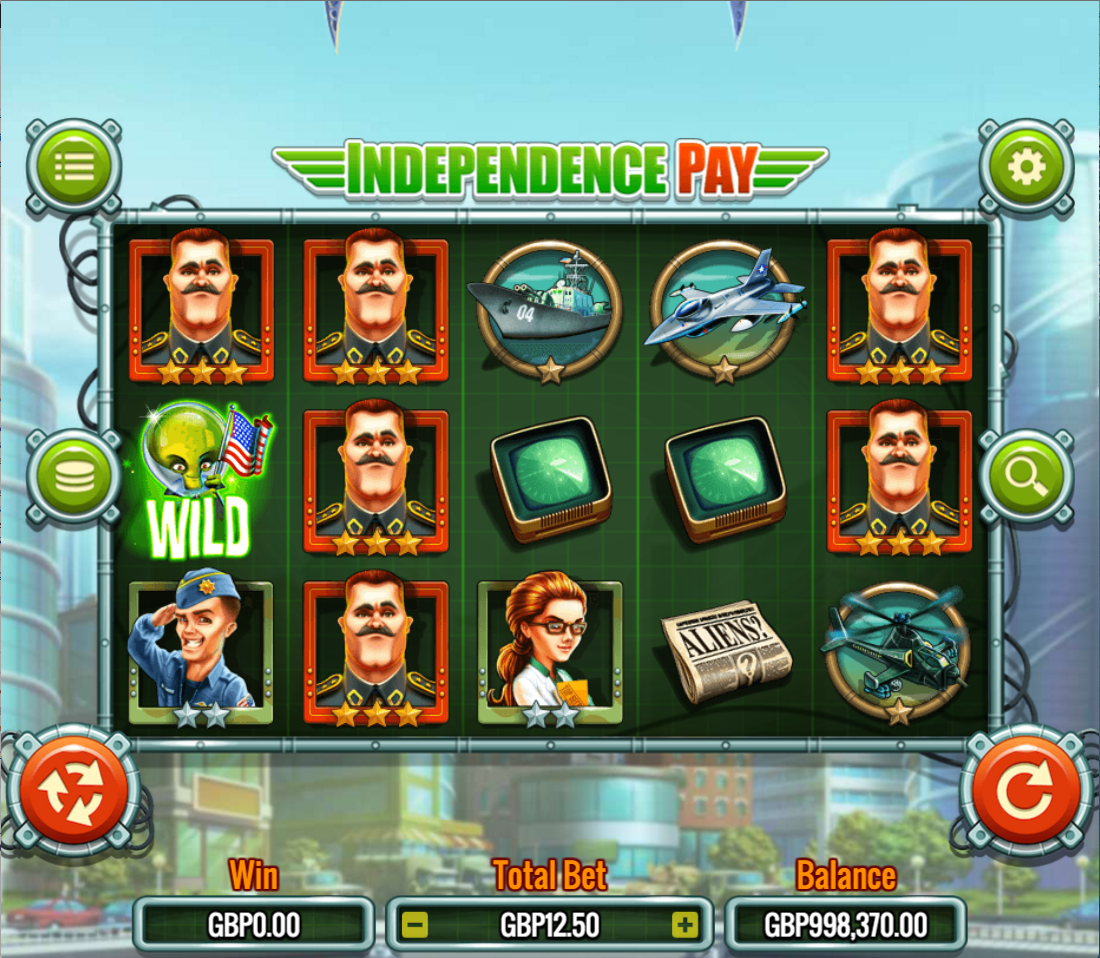 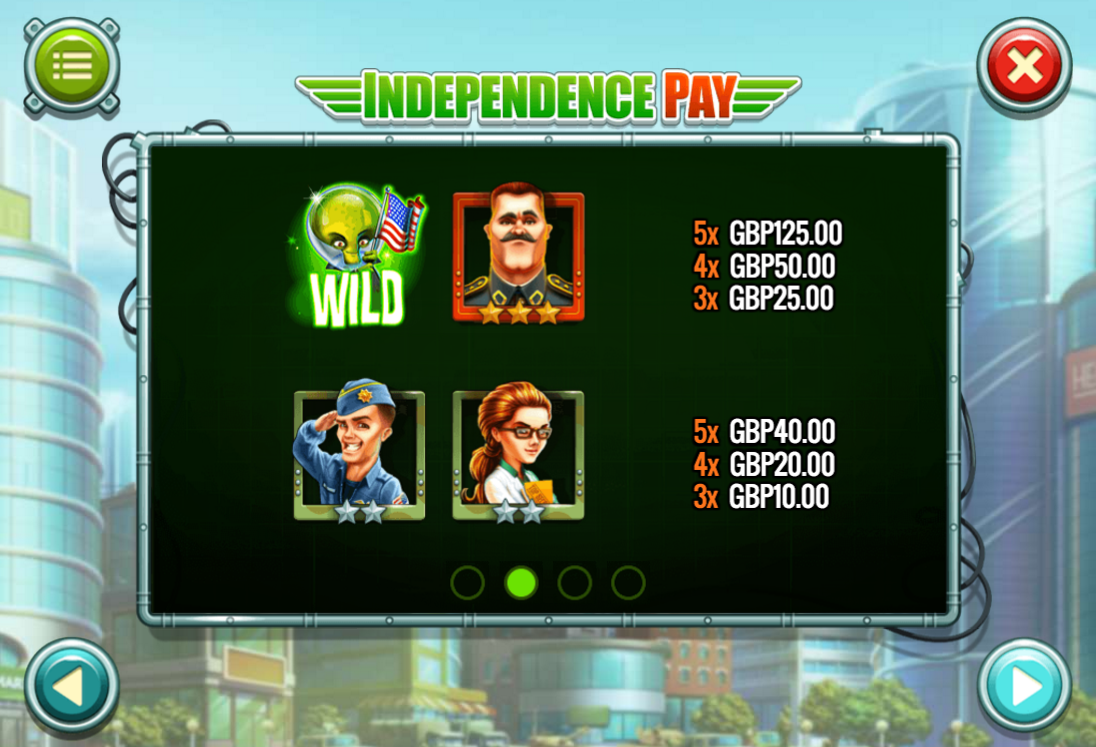 If we were susceptible enough to believe everything the movies taught us we would be under the impression that recent history has seen the earth invaded by aggressive aliens an extraordinary number of times. One of the better films, if a little cheesy, was Independence Day and that’s the link to this online slot from Wild Game Reserve called Independence Pay. Perhaps there’s also a hint of Mars Attacks but you can decide for yourself.

Independence Pay is a five reel slot with three rows and twenty five fixed paylines; those reels spin on some sort of metal-fames screen from which several wires protrude. There’s a sunny city scene in the background and an alien spaceship lurking menacingly overhead. 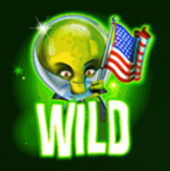 All the symbols are related to the theme and include four characters – Supreme Commander Zarglebarg, General Goldberg, Buck Gordon and Dr. Silverheart – along with a battleship, a fighter plane, a helicopter, a tank, a radar screen and a newspaper.

Zarglebarg is also the wild symbol and he’ll substitute for all others except the scatter – that’s represented by a glowing spaceship and it activates the main feature. All the base game symbols and the wild can appear stacked during gameplay. 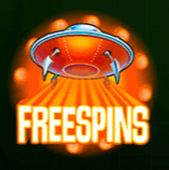 This extra feature is triggered by landing three or more of the glowing spaceship scatter symbols anywhere in view and for this you will receive the following:

You will also soon find out that there are various base game features to enhance your gameplay and wins; for example General Goldberg will place five targets on the reels and get you a five symbol win. Occasionally the spaceship might descend onto the reels and help you out with a winning combo.

Another we’ve encountered is the Super Symbol in which a block of nine icons will be matching, giving you more winning opportunities.

Independence Day is a really high quality release from Wild Game Reserve and like all others on the odobo platform it looks equally as good on mobile or desktop. The lack of a detailed paytable means we can’t be sure we’ve covered every aspect of this game but we’ve played it enough to know it’s good fun.