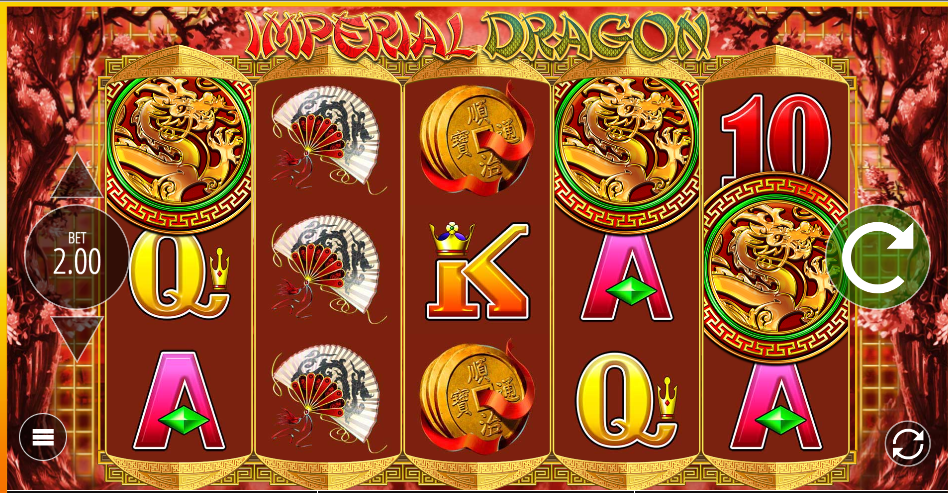 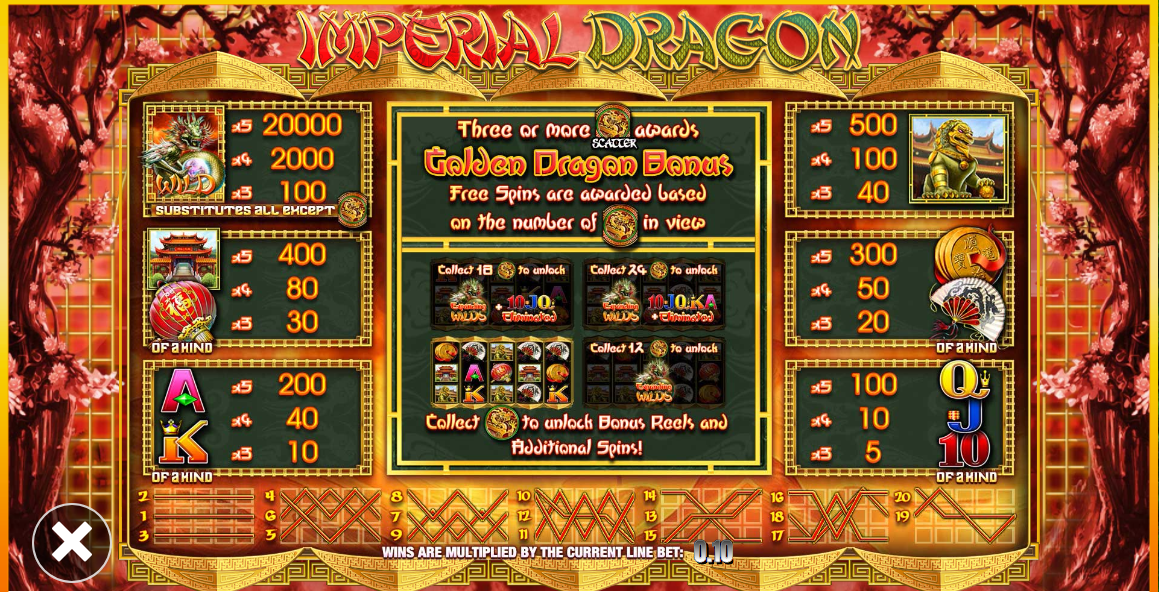 Commonly the name of Chinese takeaways up and down the United Kingdom, Imperial Dragon in this instance is an online slot machine with an oriental theme and plenty of bonus features; it’s developed by Blueprint Gaming and you can find out how it all works right here.

Imperial Dragon is a five reel slot with three rows and twenty fixed paylines; it’s unmistakably oriental in design with reels spinning inside ornate golden frames behind which are blossom trees obscured in a red haze.

The high value symbols include the dragon statue, the temple, a Chinese lantern, Chinese coins and a delicate fan; 10, J, Q, K and A represent the lower values.

The wild symbol is a scary-looking dragon clutching a crystal ball and he’ll substitute for all others help form winning combos except for the golden dragon scatter icon.

This is triggered by landing three, four or five of the golden dragon scatter symbols anywhere in view for which you will receive 15, 20 or 25 free spins respectively.

You’ll now be transferred to a screen displaying four sets of reels but to begin with only the lower left one is active; when your spins begin you will collect golden dragons as they land on the reels and these will gradually unlock the other reel sets and features as follows:

There’s plenty of though and creativity gone into Imperial Dragon and is probably one of the better oriental-themed slots we’ve played; it creates a relaxing gaming atmosphere and it comes with an RTP of 95.53%.