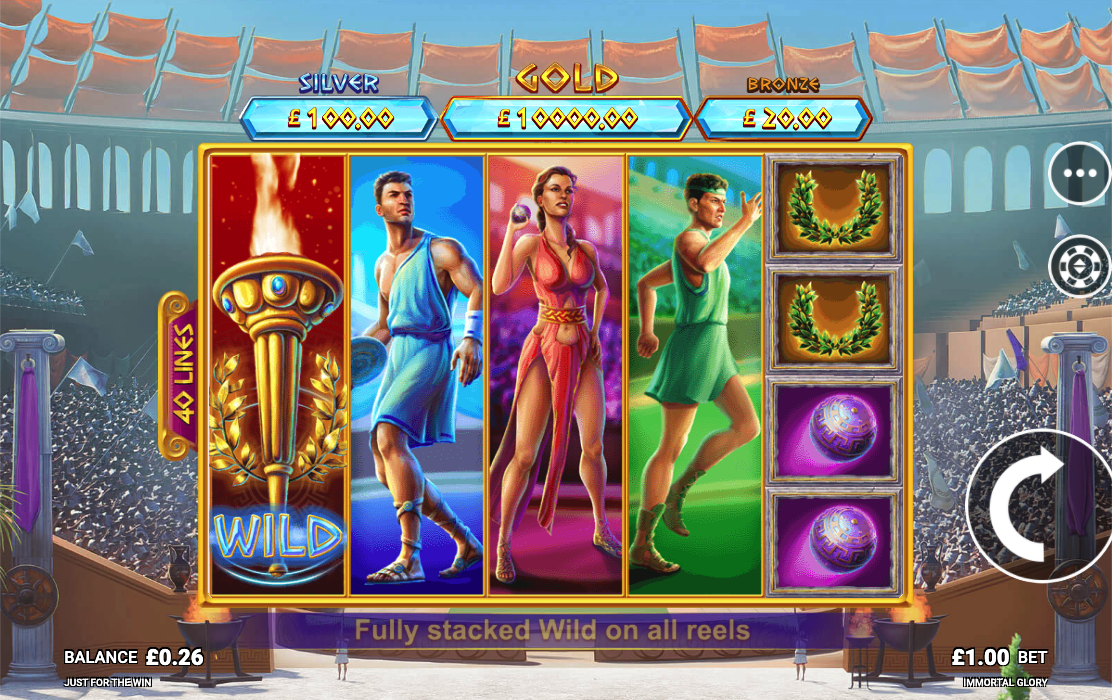 The spectacle and the sporting achievements of the Roman games is the inspiration behind this online slot from Microgaming/Just For The Win – it’s called Immortal Glory and there’s a jackpot prize of 10,000x the stake available along with free spins and nudging wilds. Spins cost between £0.10 and £25.00.

Immortal Glory is a five reel slot with four rows and forty fixed paylines and the backdrop to the reel-spinning action is a vast colosseum filled with flag-waving patrons all waiting to see some feats of athletic prowess.

High value symbols include the three athletes – the hammer thrower, the discus thrower and the runner while the laurel wreath, the hammer, the discus and the Roman running shoes represent the lower values. The flaming torch is wild, it appears stacked on the reels and as well as acting like a normal wild it also activates the main feature described below.

The diamond jackpot symbols appear only on reels one, three and five but if you can land them there then you’ll receive one of the jackpot amounts shown above the reels at random – 20x, 100x or (for the luckiest players) 10,000x the total stake.

Landing a full or partial stack of wild nudges on reel one and at least one other reel will kick off this round and you’ll receive five free spins; as the spins progress any wild symbols will nudge downwards until they are fully in view at which point they’ll disappear.

When all five free spins are complete and if there is at least one wild torch still in place you’ll receive the Glory Spin in which those wilds will nudge fully into view and stay there while the remaining reels spin, hopefully ending up in a decent win which will then be multiplied by 2x, 3x, 5x or 10x. 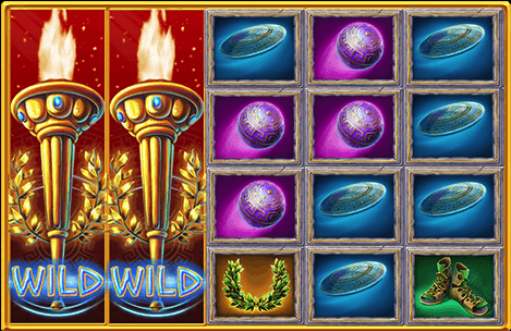 There’s always something attractive about the graphics that Just For The Win produce and here they’re allied to an exciting theme and two bonus features, one of which offers an interesting nudge feature which can result in some big wins, especially in the Glory Spin – well worth a few spins.