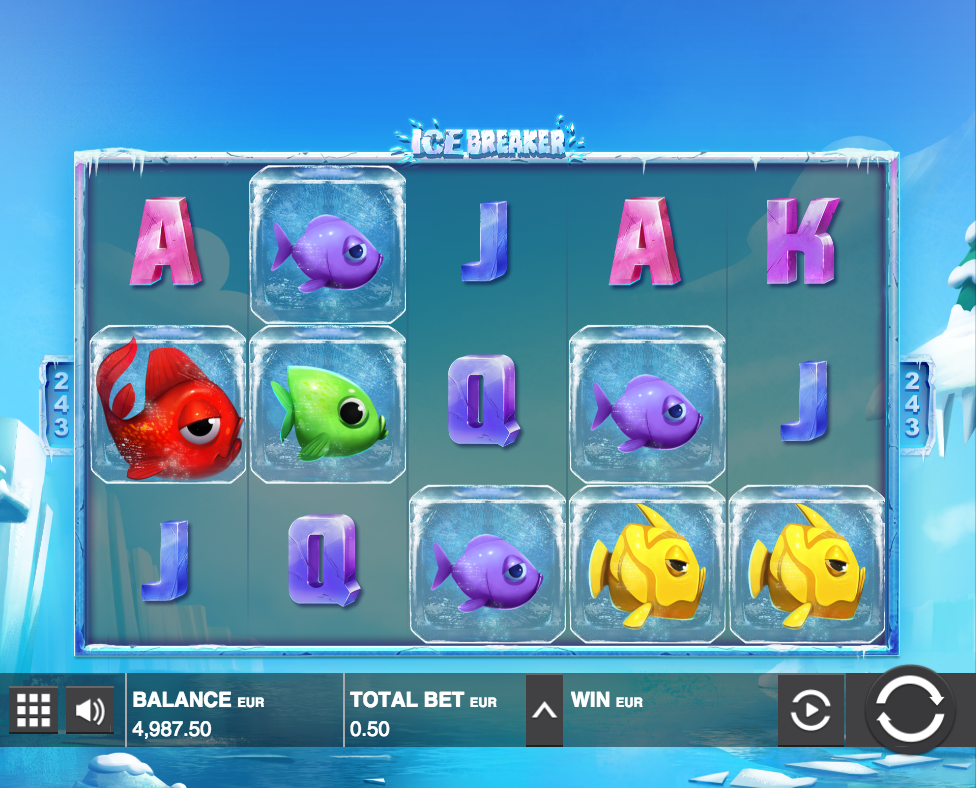 We’re heading across the Arctic Circle now to visit a seascape where icebergs float like mobile islands and the colourful fish in the ocean combine together to create tasty multiplier values; this is Ice Breaker, it’s developed by Push Gaming and you can find out how it all works below.

Ice Breaker is a five reel slot with three rows and 243 ways to win, meaning that wins can be formed as long as there are matching symbols in adjacent rows starting from the left hand side; the reels float in front of a calm, chilly sea, dotted with icebergs under a clear blue sky.

The five high value symbols are different coloured fish – red, orange, yellow, green and purple – while the lower values are 10, J, Q, K and A.

The wild is a clam inside a block of ice and it appears only on reels two, three, four and five; it will substitute for all others to form winning combos except for the ice-bound hammer scatter icon.

This is an interesting take on the normal ‘collapsing reels’ feature and it works like this – each time more than one fish of the same type appears on a particular reel they will collapse into one another, ending up in the position of the lowest one and allowing more symbols to fall in from above. In addition the collapsed fish will have a multiplier value equal to the number of fish in it. The multiplier will be applied to any wins it takes part in. 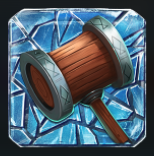 This is triggered by landing three of the hammer scatter symbols anywhere in view for which you will receive six free spins; during this round only the fish, the clam and the hammer appear on the reels so there’s a better chance of winning (and triggering the Collapsing Fish feature). More spins can be triggered by landing more hammers during this round.

Ice Breaker is a very entertaining slot with some cute graphics and a neat feature we don’t think we’ve seen before; there are only six free spins available but a decent chance of big wins when triggered. The RTP is 96.79%.