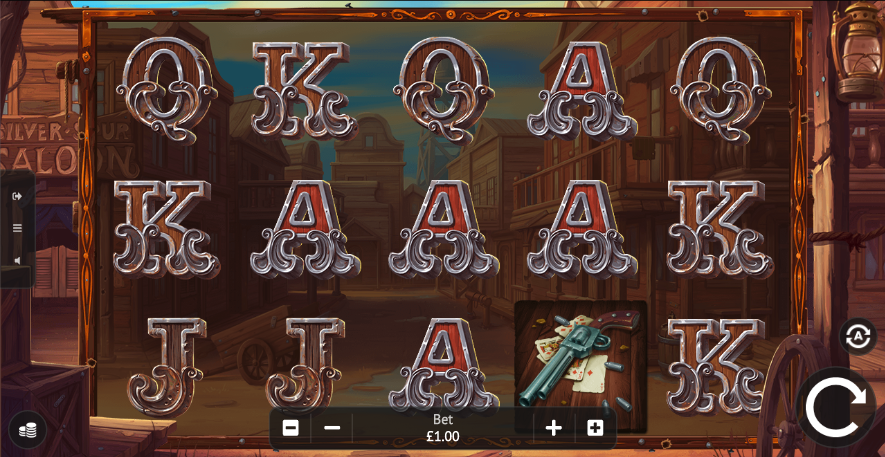 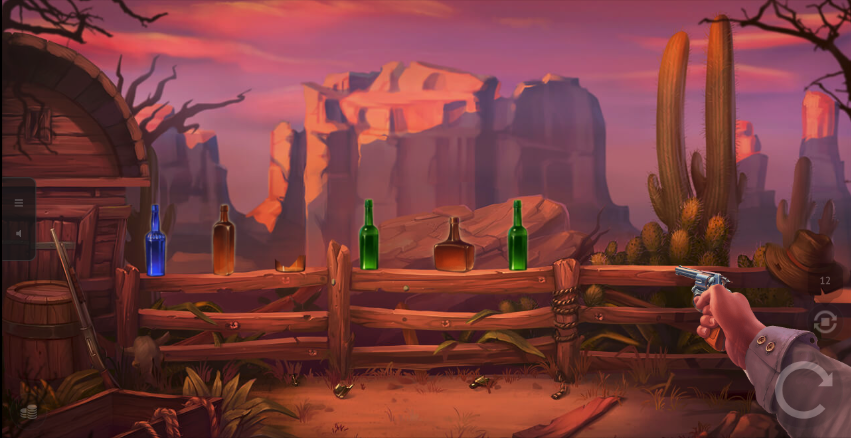 Fighting crime in the Old West was something of a dangerous occupation for those involved but that’s the theme of I Am The Law, this online slot machine from 1×2 Gaming which offers players two separate bonus features interspersed with some gun-toting action.

I Am The Law is a five reel slot with three rows and twenty five fixed paylines; there’s an appropriate string soundtrack to the action which takes place on a set of reels behind which we can see this western town complete with a saloon and dusty streets.

The higher value symbol are a satchel of gold coins, a stagecoach, a horse, a shotgun, a revolver and some whisky; J, Q, K and A make up the lower values.

The sheriff is wild and she will substitute for all standard symbols to help form winning combinations; the two special symbols are the Sheriff’s badge and the wanted poster. The wild symbol expands to cover all reels when it appears.

This is triggered by landing the Sheriff’s badge bonus symbol on reels one and five; you’ll now get to fire a gun at six coloured bottles, each of which will win a cash prize proportionate to your stake.

Trigger this by landing three of the wanted posters anywhere on reels one, three and five for which you will receive an initial ten free spins; watch out for the Outlaw during this round because if the expanding wild appears on the reels at the same time you’ll receive 4x your stake. The Sheriff’s badge also becomes a wild symbol during this round.

I Am The Law is a slot which creates a great Old West atmosphere and offers two bonus features to keep things ticking along; a real highlight for us is the authentic musical accompaniment and sound effects which complement the gameplay.