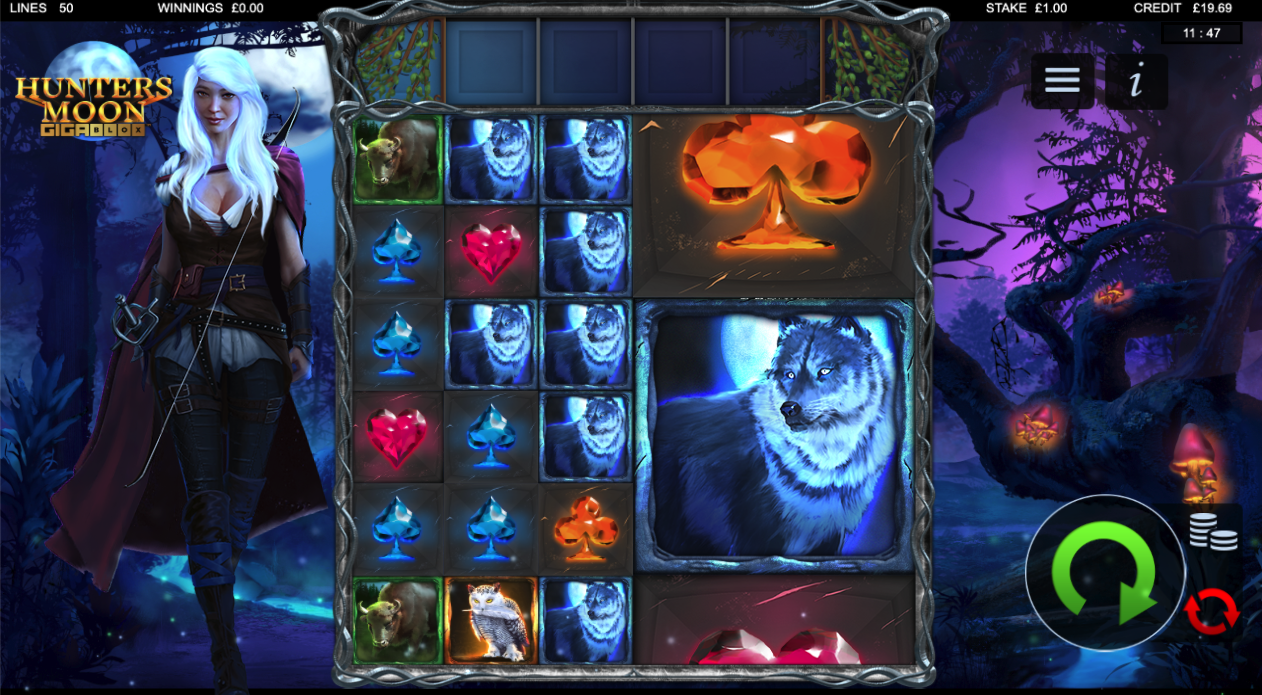 The moon is bright and the animals all look a bit spooky in this online slot from Bulletproof Games; it’s called Hunters Moon Gigablox and from £0.50 per spin it tempts players with those giant symbols, the horizontal bonus reel and free spins.

Hunters Moon Gigablox is a six reel slot with six rows and fifty fixed paylines; our white-haired huntress looks ready for action on the left hand side and on the right there are some enticing illuminated mushrooms.

High value symbols include the owl, the lion, the buffalo and the wolf (this is a strange forest); lower values are playing card symbols as gems in red, blue, green and orange. The hunter is wild and the purple moon is the bonus symbol.

On every spin at least one Gigablox is guaranteed to land and this is a symbol which can be up to 6×6 in size.

In the base game the horizontal Bonus Reel at the top displays four positions over reels two to five; it moves one position to the left on each spin and wild and bonus symbols can appear here. If they do appear then there’s a chance that reel positions below those symbols will be transformed to match them for wild wins or perhaps the main feature trigger. If a giant Gigablox symbol is below one of the symbols all positions it covers can match.

Landing at least five of the purple moon bonus symbols anywhere in view will trigger this feature and award a number of spins equal to the number of bonus symbols. If the feature has been activated by a bonus Gigablox then this can add up to quite a few spins.

Any extra bonus symbols landing during this feature will award one extra spin and the Bonus Reel will be a bit more active.