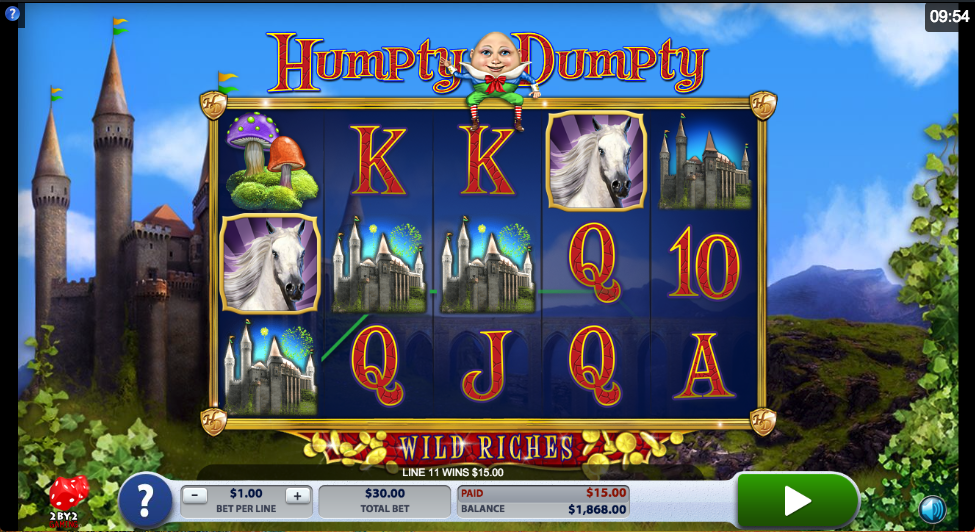 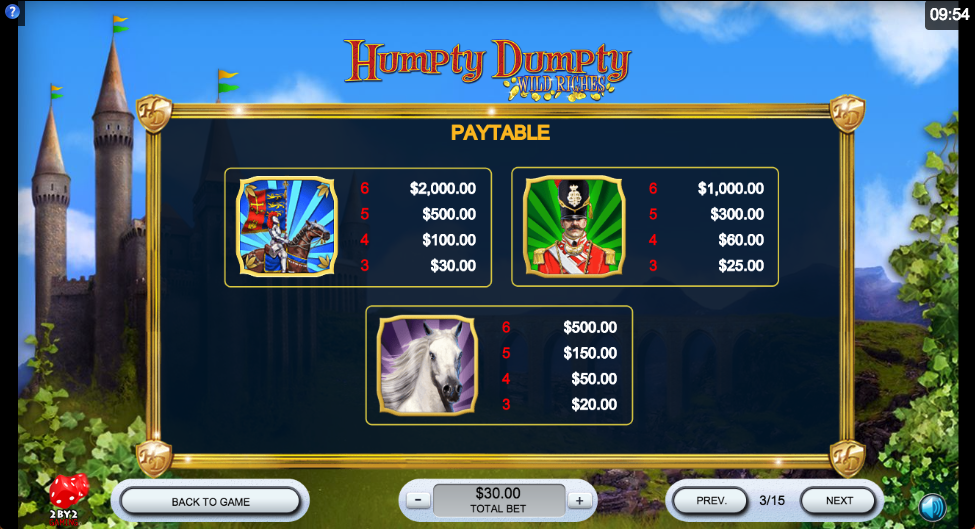 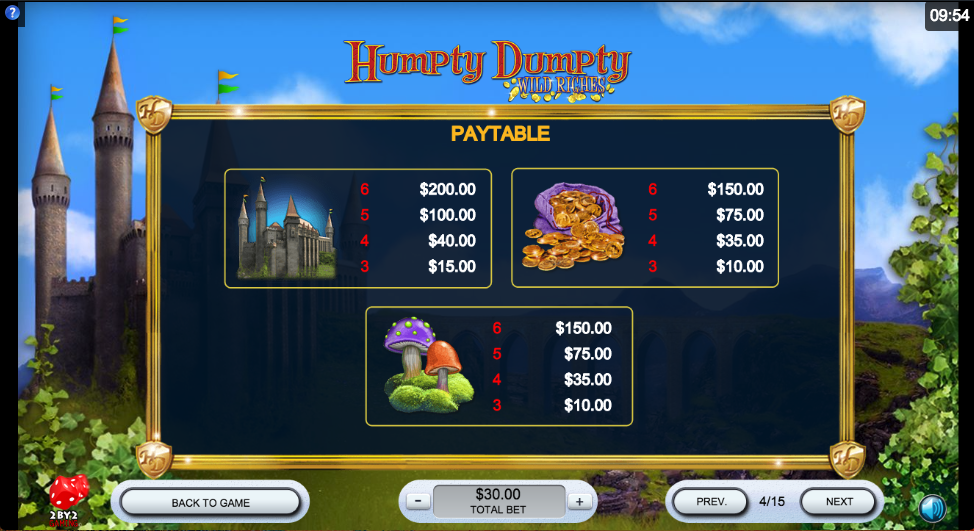 The 1648 siege of the Essex town of Colchester appears to be most closely linked with the children’s rhyme featuring Humpty Dumpty but for us this ill-fated egg is the theme of this online slot machine from 2By2 Gaming; it’s packed with features about which you can read more below.

Humpty Dumpty Wild Riches is a five reel slot with three rows and thirty fixed paylines; gold-rimmed reels float in the air against a mountainous backdrop which doesn’t look at all like Essex.

Humpty Dumpty is wild and only appears on reel three, stacked three positions high; he substitutes for all others except for the bonus icon.

This is triggered by filling all positions on reel three with Humpty Dumpty and you will now see him crack into a number of body parts, adding an extra reel to the set and making reels three and four completely wild. Additional single wilds may be added to reels two and five and then any payouts will be evaluated.

Trigger this by landing three of the bonus symbols anywhere on reels two, three and four and you will be prompted to pick one of the following free spins modes:

Humpty Dumpty Wild Riches is a feature-packed slot with a patchy grasp of historical context but a faithful adherence to the certain aspects of the nursery rhyme; both features contain big wins if you can trigger them and there’s an RTP of 96.05%.