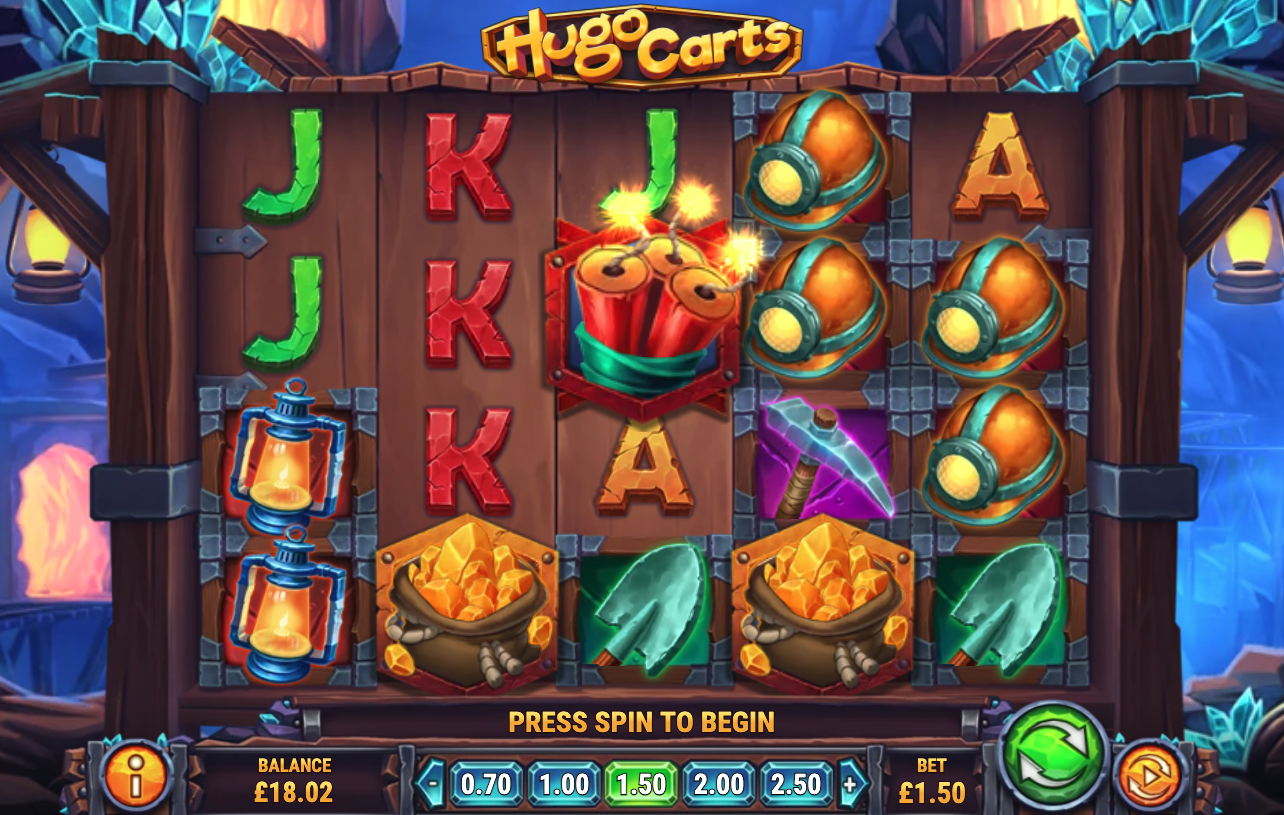 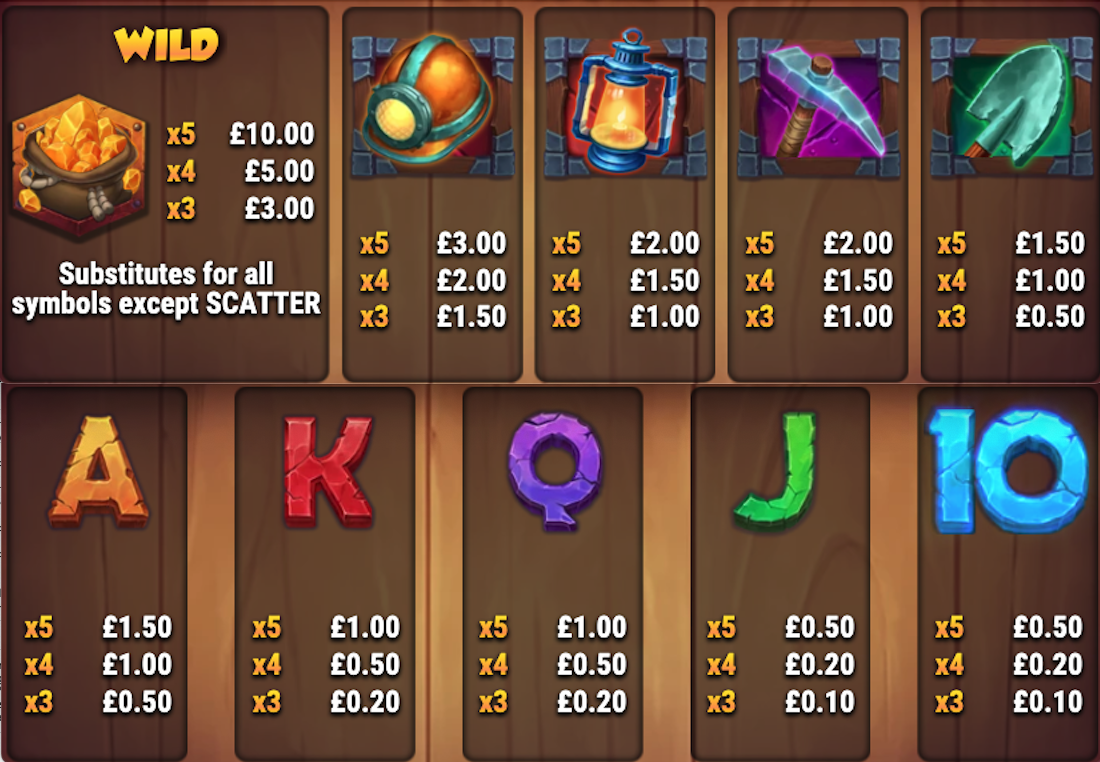 One character who pops up every now and again in Play N Go’s online slots line up is Hugo and this time he’s found himself down a mine in search of gold and jewels in Hugo Carts; three characters each have their own mini-features while dynamite triggers the free spins.

Hugo Carts is a five reel slot with four rows and 1024 ways to win; the game looks great with those symbols spinning in front of a vast underground mine in which carts traverse the tracks through glowing tunnels and across rickety wooden bridges.

High value symbols include the miners’ helmet, the lamp, the pickaxe and the shovel; lower values are the standard 10, J, Q, K and A. The bag of gold os wild and the dynamite is the scatter symbol.

Every time one of the following characters lands on the reels a mini-feature will be activated:

More than one character can appear on the same spin for bigger potential wins.

Trigger this by landing three, four or five of the dynamite scatter symbols anywhere in view for 7, 9 or 11 free spins respectively; during the base game Don Croco may fling two scatters onto the reels to help you achieve this.

Before the spins start one of the characters is selected at random and their feature is active on every spin; if you can retrigger the spins with more scatters then another will be picked so two and ultimately three characters will be active at the same time.