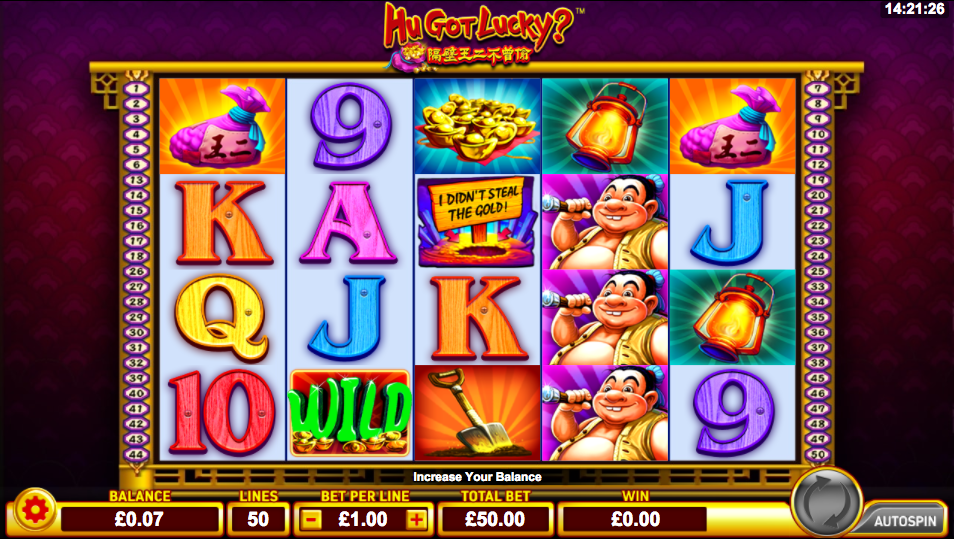 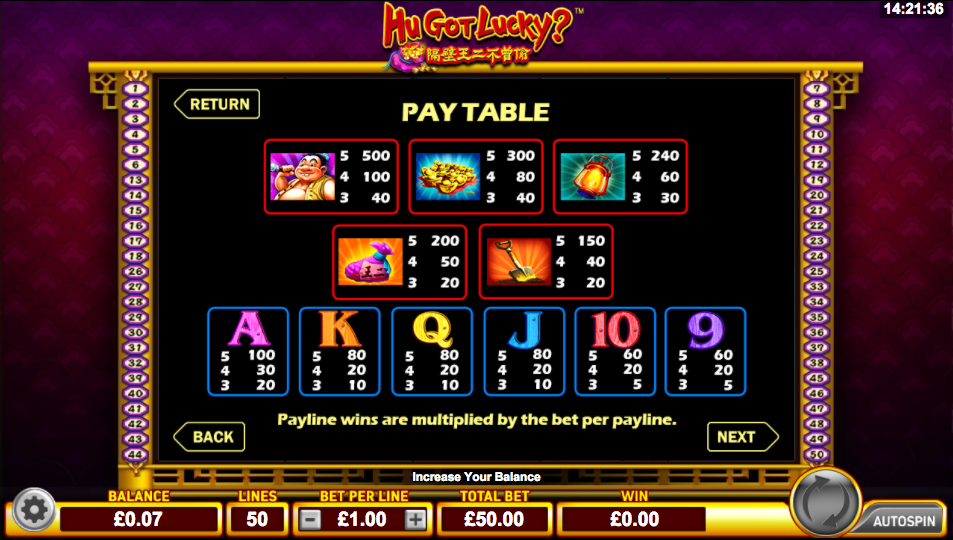 There’s a mystery afoot in an unnamed Eastern land so it’s time for us to don our online slots boots and check out this cheerful release from Gameiom; it’s called Hu Got Lucky?, it’s perhaps the only game we’ve played with a question mark in the title and you can find out how it all works below.

Hu Got Lucky? is a five reel slot with four rows and fifty fixed paylines; a golden frame forms the border to those reels which sit against a backdrop of a hazy purple pattern.

There are five theme-related symbols and these comprise our rotund gold digger, a stack of gold coins, a lamp, a purple bag of loot and a shovel; 9, 10, J, Q, K and A represent the lower values.

The wild symbol is a big green ‘Wild’ surrounded by gold ingots, it appears on reels two, three, four and five and it will substitute for all others to form winning combos except for the ‘I Didn’t Steal The Gold!’ sign.

This is triggered by landing three of the ‘I Didn’t Steal The Gold!’ anywhere on reels two, three and four; you will now be asked to pick one of the three gold ingots on display which determine whether you receive 8, 15 or 20 free spins.

Once the spins are underway the win multiplier will increase by 1x on each spin so the more spins you trigger, the better the potential wins towards the end of the round. More spins can be triggered by landing more scatters during this feature.

Hu Got Lucky? is another Gameiom slot based on a particular template so you may feel as if you’ve played it before; however it’s colourful and cheerful so you may not want to disregard it immediately. It comes with an RTP of 94.01%.