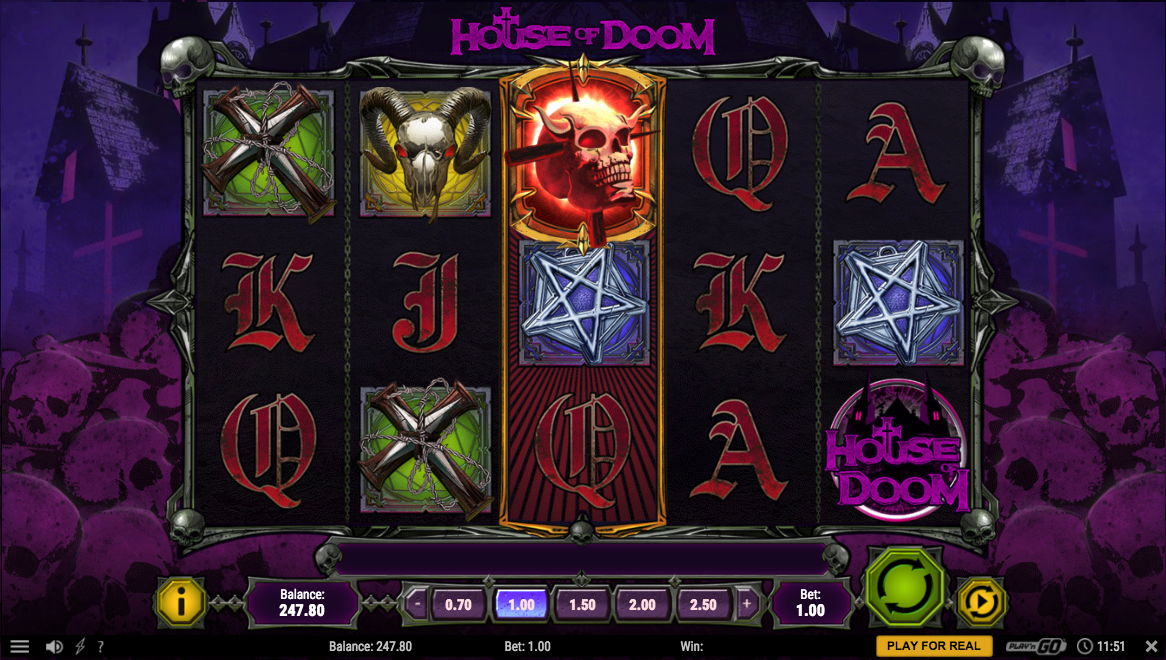 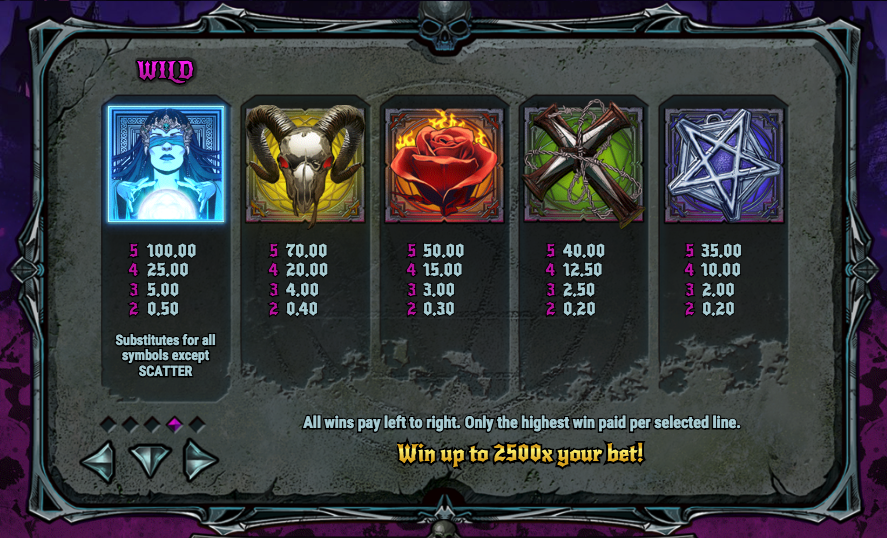 Organising accommodation for a couple of nights away can be a frustrating experience but all online slots fans should be savvy enough not to book a place called the House of Doom; it looks very scary and by coincidence it’s also the name of this game from Play N Go – check it out below.

House of Doom is a five reel slot with three rows and ten fixed paylines; a frame formed from skulls and bones borders the reels while the house squats behind, just visible in the gloomy, purple haze. Flashes of light and a rock soundtrack add to the spooky atmosphere.

The higher value symbols include a red-eyed ram’s skull, a burning rose, a cross bound with barded wire and a pentangle; 10, J, Q, K and A make up the lower values.

The blindfolded lady is wild and she will replace all other symbols to form winning combinations except for the House of Doom or burning skull scatter icons.

On each spin one of the reels will be highlighted and if the wild symbol lands there it will expand to fill all positions.

Trigger this by landing three burning skull scatter symbols anywhere in view and you’ll get to play a picking game involving a screen full of skulls. Keep picking to reveal multiplier prizes until you hit the 5x, 20x or House of Doom symbol at whihc point the round is over.

House of Doom creates a very effective creepy atmosphere which can be accentuated by turning off the lights, turning up the volume and closing the curtains; the graphics are really high quality, there are plenty of features to keep things interesting and an RTP of 96.11%.