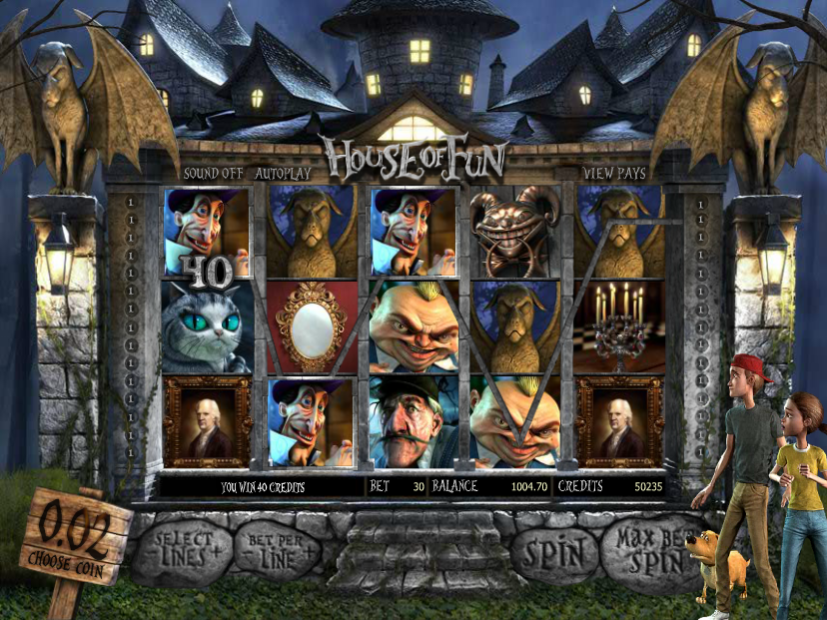 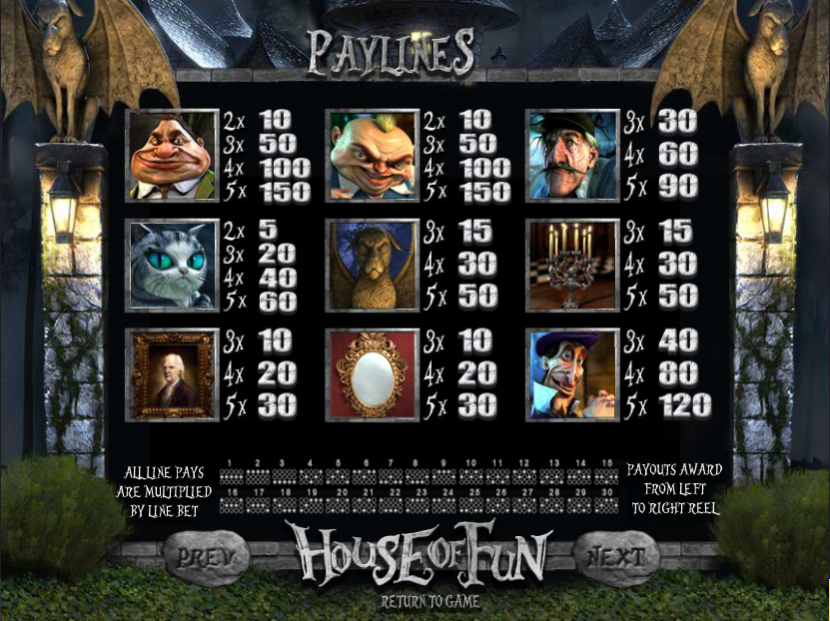 We like an online slot that tells a tale and that’s exactly what we’ve got here – House Of Fun is the story of Paul, Jane and their dog who look for help in a creepy house when their car breaks down. It’s developed by Betsoft Gaming and it comes with several bonus features.

House Of Fun is a five reel slot with three rows and up to thirty paylines; make sure you watch the intro movie and then you will see the reels spin on a solid stone wall in front of the scary House Of Fun. There are two winged gargoyles watching the action and lots of extra sound effects.

There are nine theme-related symbols including three characters from the game (but not Paul and Jane), a cat, a gargoyle, a candelabra, a portrait and a mirror.

There are no wild symbols in this game but there are three bonus features which activate carious features – a Jack In The Box, the madman with the hat and the door knocker.

This is triggered by landing three or more of the door knocker bonus symbols on an active payline; you will be transported to a room with five doors and all you have to do is pick them until you find the one which lets you exit. Each time you fail to find that door, a Jack In The Box will appear behind it and award you a prize so really you don’t want to escape. Doors can be clicked more than once.

Trigger the free spins by landing three or more of the Jack In The Box symbols anywhere in view; once the spins are underway the centre reel will remain wild until the round is over.

This is triggered by landing three of the madman bonus symbols on paylines one, two or three; this is another Pick Me game and all you need to do is select the objects on offer for prizes until you hit ‘Collect’.

House Of Fun is typically high quality stuff from Betsoft with a creepy storyline to match; it’s really good fun and the three bonus features are creative and well though out.