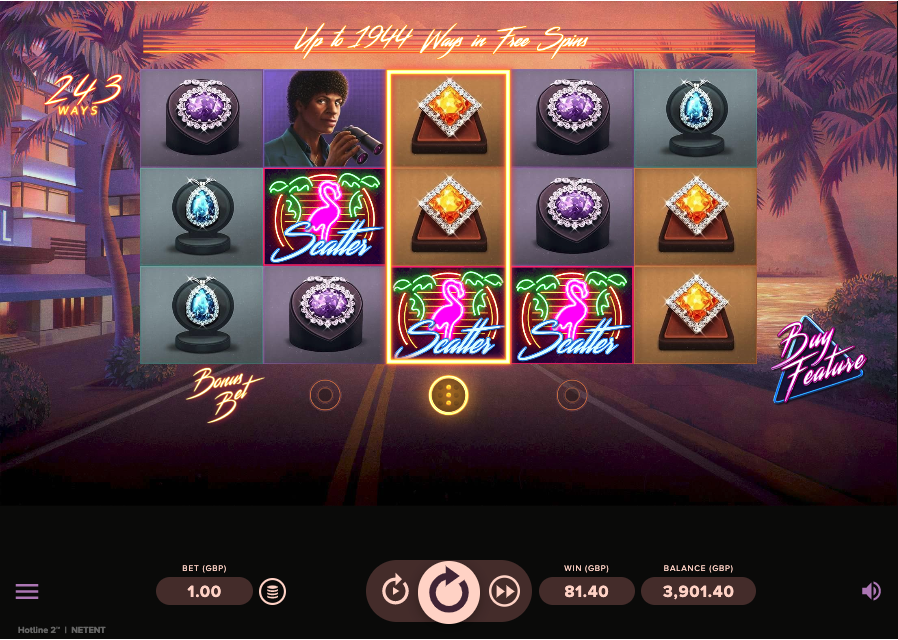 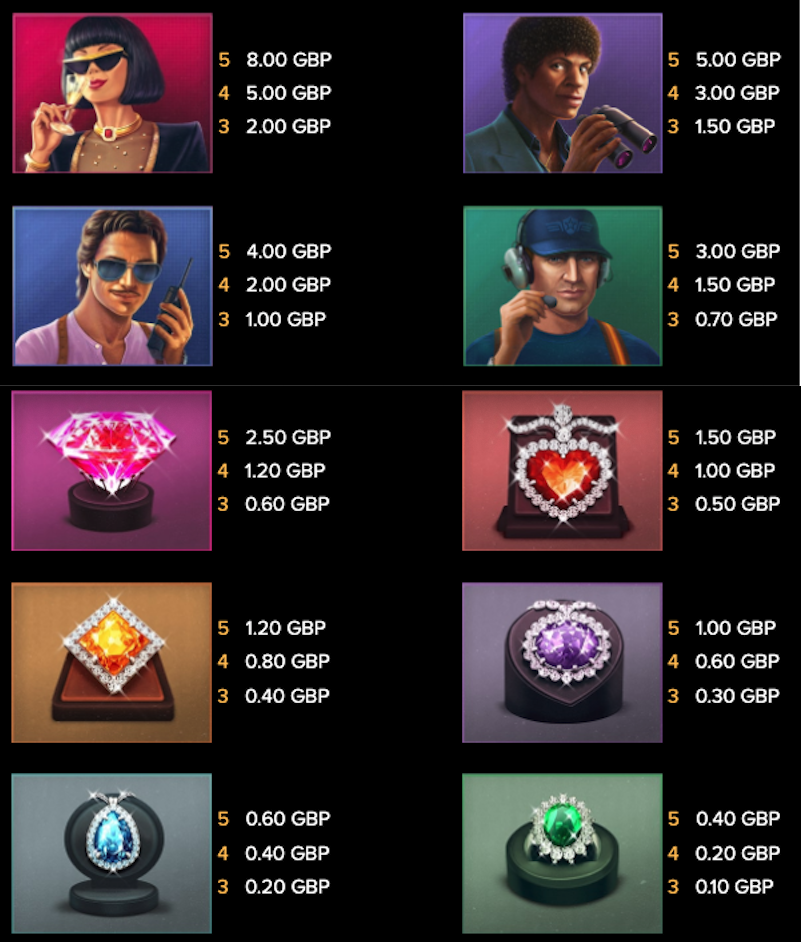 Hotline 2 is a five reel slot with three rows and tow hundred and forty three ways to win; whitewashed apartment buildings and palm trees form the backdrop, illuminated by the setting sun.

Four characters from this story – Crockett, Tubbs, a helicopter pilot and a cocktail-sipping girl – represent the higher values while six expensive jewels make up the lower values. The screeching cars are wild, appear on reels two, three and four and will expand to fill the whole reel if a win is possible. The neon flamingo is the scatter.

This is an optional extra bet which increases the number of Hotlines in use – to begin with reel three is the only Hotline with a higher chance of landing wild symbols. Click the button below the reels to increase the Hotlines to reels three and four (2x the stake) or two, three and four (3x the stake).

Landing three neon scatter symbols anywhere on reels two, three and four will award seven free initially; during this round any wild symbols landing on reels two, three and four will increase that reel’s height by one position, up to a maximum of six. If all those reels are maxed out that’s 1944 paylines in use. When a Hotline reel reaches the max height it will award two extra free spins; a non-Hotline reel will award one extra spin.

Depending on the casino at which you’re playing there may be an option to buy your way straight into the feature for the following costs:

Hotline 2 is designed to Net Ent’s usual high standards but it doesn’t really add a great deal to the original; it’s still good fun though and it’s worth noting that playing with two or three Hotlines will increase the starting RTP from 94.51% to 95.30& and finally 96.03%.