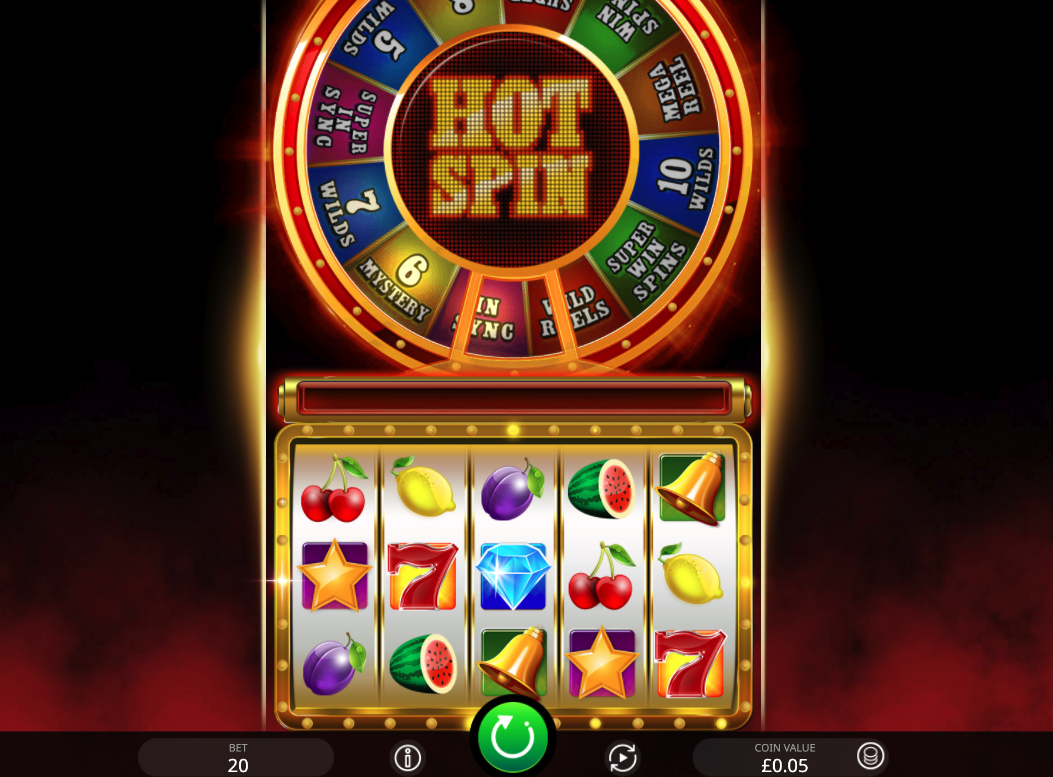 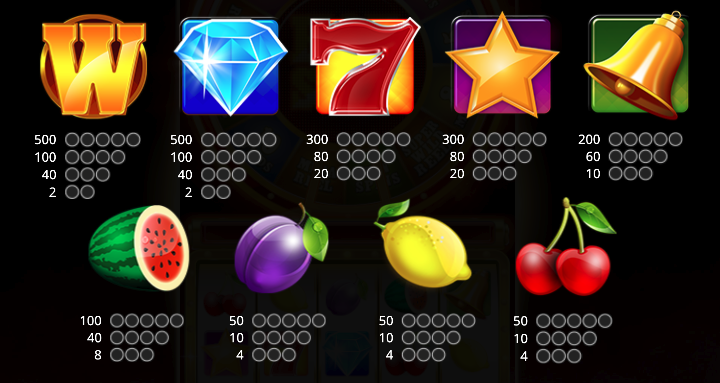 Bright lights and a sense of tradition are the influences behind this online slot from iSoftBet because Hot Spin feels as though it belongs in a Vegas casino; its main feature is the giant Hot Wheel which spins to reveal a variety of bonus features.

Hot Spin is a five reel slot with three rows and twenty fixed paylines; golden lights twinkle around the reels at the bottom of the screen while the Hot Spin wheel slowly drifts around at the top, waiting for the opportunity to hand out some prizes.

The symbols are all of a traditional nature and include blue diamonds, red sevens, gold stars, golden bells, watermelons, plums, lemons and cherries; The big, yellow ‘W’ is wild and it will substitute for all other symbols except for the Bonus to create winning combinations.

Landing three of the Bonus symbols anywhere on reels one, three and five will trigger this feature and award one spin of the Hot Wheel – up to fifteen free spins will be yours along with one special feature:

At random in the base game any spin can result in one of the above features being awarded.

Hot Spin is a combination of the looks of a Las Vegas one-armed-bandit with the bonus features of a pub fruit machine and it benefits from its association with both – the feature seems to trigger regularly and there are some big wins once you get there.