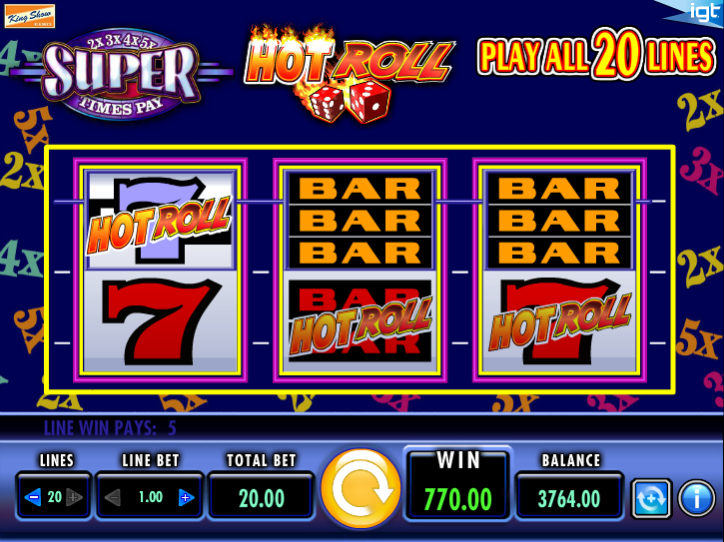 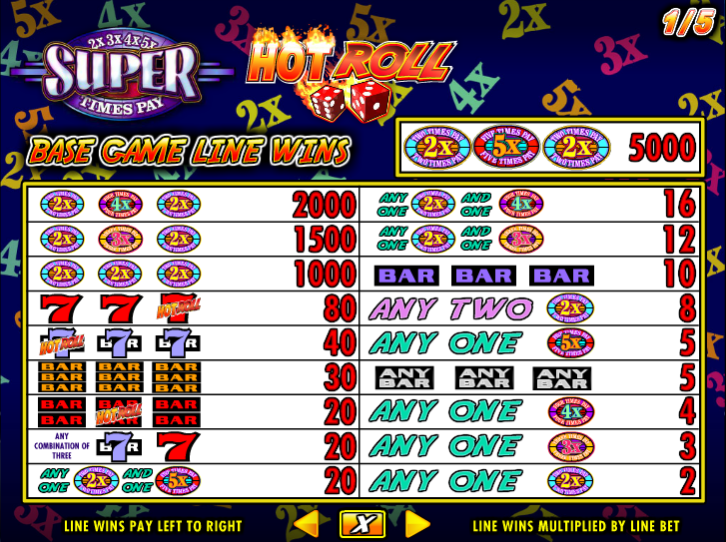 There’s something oddly attractive about an online slot with a convoluted title and so we were unreasonably pleased to have the chance to review this colourful game from IGT; it’s called Hot Roll Super Times Pay and that name describes most of the various features that are available in this release. Read the full review below for all the essential details.

Hot Roll Super Times Pay is a three reel slot with three rows and up to twenty paylines wedged into a small space; the design is simple and colourful and your gameplay is accompanied by the funky sounds of Arrow’s ‘Hot Hot Hot’.

There’s an interesting range of symbols including 2x, 3x, 4x, 5x, red sevens, blue sevens and single/double/triple bars; landing just one of the multiplier symbols will generate a payout and there are lots of combinations of symbols which will also earn a prize – you can see them all on the paytable. The highest paying combo is 2x, 5x and 2x – worth 5000x your line stake.

Those multipliers are also wild and will apply their particular value to any wins they are involved in; more than one wild in a combo will apply both multiplier values. 2x appears on reels one and three while 3x, 4x and 5x appears only on reel two.

Hot Roll symbols overlay the standard symbols and you will trigger this feature if you can land three anywhere in view. You will now be taken to a screen to play a dice game and all you have to do is drag the dice (or use the Auto Roll button) to reveal a total. This total will be worth a cash prize according to the table at the bottom of the screen. Rolling a ‘7’ will end the feature and rolling a ‘7’ on the first go will also give you a consolation prize. 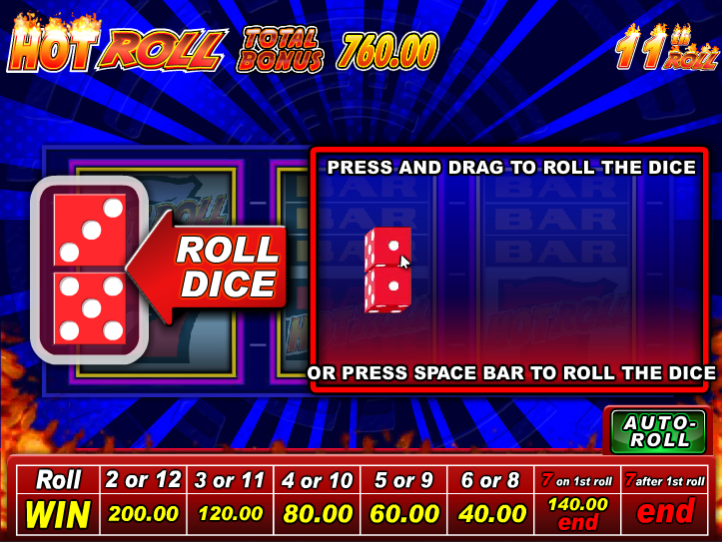 Hot Roll Super Times Pay is an interesting game – unlike many three reels slots you will find yourself winning on almost every spin although those wins are small due to the low variance at work here. Make it to the Hot Roll Bonus and the rewards are pretty good; there’s an RTP of 91.97% – 96.07%.