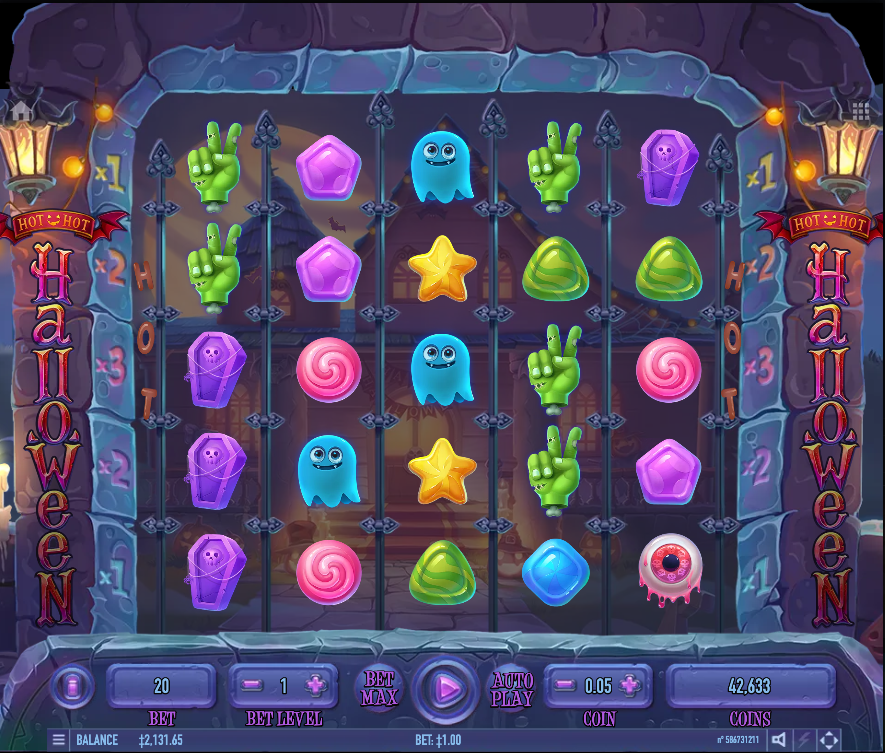 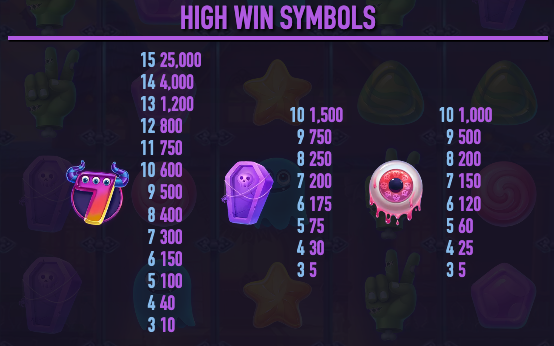 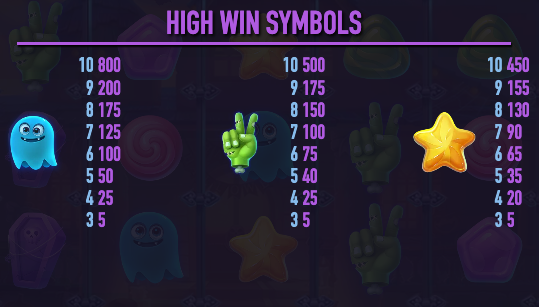 If it’s Halloween again then it must be time to find out which online slots are currently celebrating that theme – this one is called Hot Hot Halloween, it’s developed by Habanero Systems and it offers players free spins and symbols which randomly double up for even bigger payouts.

Hot Hot Halloween is a five reel slot with five rows and wins can be formed horizontally anywhere on the reels; the theme is charming mixture of scary and cute in which the symbols spin on the gates of a scary, candlelit house which looks as if it wouldn’t offer many treats.

The higher value symbols are creepy and colourful collection and include red sevens, coffins, eyeballs, ghosts, a severed green hand and a gold star; lower values are four coloured shapes in pink, green, blue and purple. Wins on different rows are multiplied by 1x, 2x or 3x as shown to the right or left of the reels.

The glowing pumpkin is wild, it appears on reels one, two, four and five and it substitutes for all other symbols to help form winning combo; it’s also the key to the main feature.

With the exception of the red seven all symbols can randomly be turned into double wins, meaning wins with ten symbols becomes possible; the seven is even better because it become a triple with a possible fifteen symbol win and a maximum payout of 25000x the stake.

This is triggered by landing at least three pumpkin wild symbols from right to left or from left to right; they don’t appear on reel three so this means one of those wilds will have to be a double. Landing three on reels one and two and another three on reels four or five will award twelve free spins.

It’s not possible to trigger any more spins from within this round but any winning combos will lock in place and can become double or triple symbol combos for potentially bigger wins.

Hot Hot Halloween provides a fun, fun slots experience with this double/triple symbols occuring regularly to upgarde your wins; there are some big wins available in the free spins round and an amusing-but-ghoulish atmosphere to keep things lively.