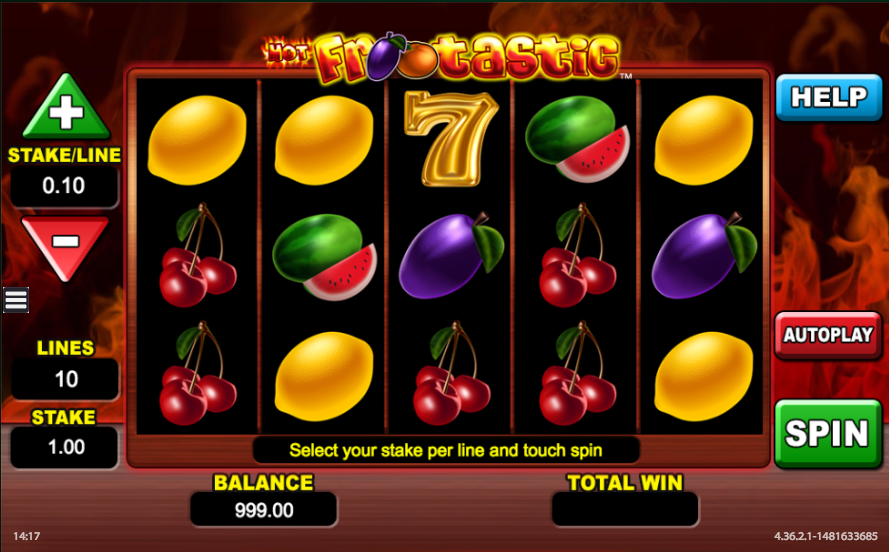 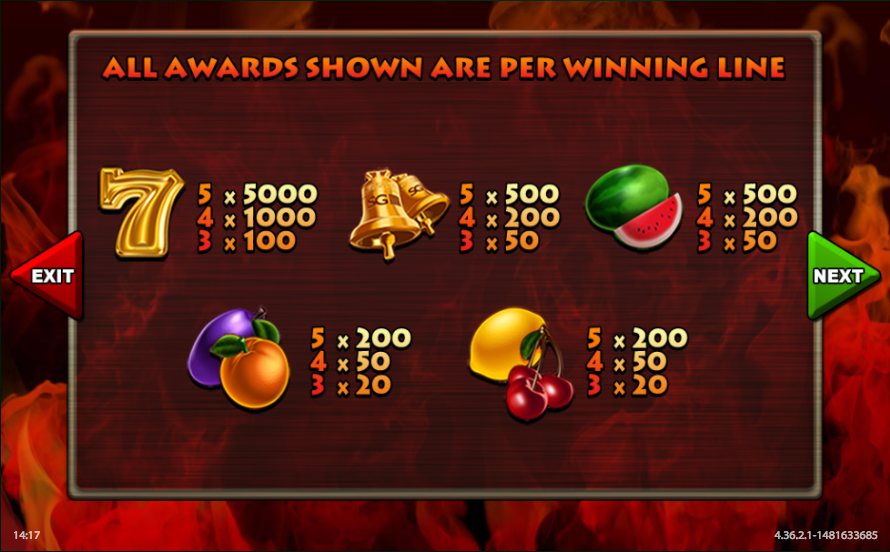 Not every five reel slot machine has to come complete with bells, whistles and numerous bonus features and there’s nothing wrong with checking out a game which relies on just spinning the reels to determine whether we’ll win or lose. This is Hot Frootastic, an oddly-named game developed by Barcrest with graphics of the highest quality – read all about it below.

Hot Frootastic is a five reel slot with three rows and ten fixed paylines; bits of fruit and other traditional symbols spin with the confines of the reels and in the background we have Barcrest’s familiar fiery scene. The sound effects combine a hypnotic stringed instrument with some mechanical fruit machine sounds and the whole effect suits the gameplay very well.

The most valuable symbol is a golden seven which is worth 5000x your line bet for five on an active payline; then there are bells, watermelons, plums, oranges, lemons and cherries. There are no wild or special symbols in Hot Frootastic.

Playing the game is very simple – all you need to do is select your stake using the ‘+’ and ‘-‘ buttons on the left hand side; then move your mouse over to the right hand side and click ‘Spin’ or ‘Autoplay’ to get the action underway. If you’d like a look at the paytable then click the ‘Help’ button in the top right hand corner but the simplicity of this game means there’s not much to read there.

Well that’s all there is to it – it’s a load of fruit and a couple of other symbols spinning on the reels and trying to form themselves into winning combos; Hot Frootastic has plenty of charm and is one to recommend.