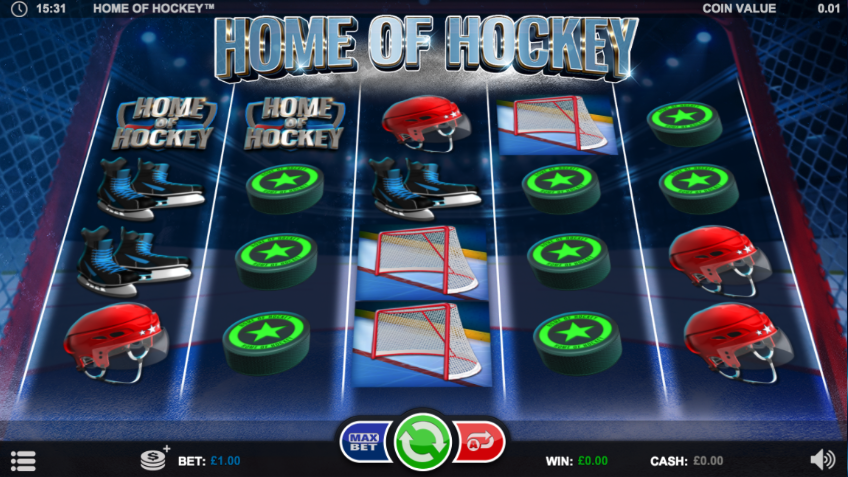 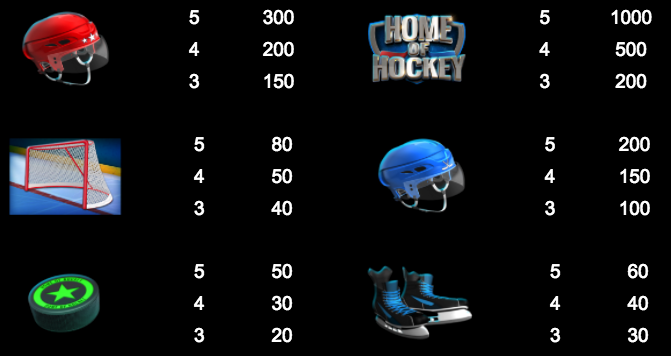 Ice hockey is an incredibly fast-moving sport which has already lent itself to the world of online slot machines on several occasions and here’s one more to add to the mix; it’s called Home of Hockey, it’s developed by in-house by Betsson and it comes with an exciting respin feature.

Home of Hockey is a five reel slot with four rows and one hundred and seventy eight ways to win; all the action takes place on a set of reels sloping backwards and placed inside the goal.

All the symbols are related to the theme and include a red helmet, the Home of Hockey logo, a goal, a blue helmet, a puck, a pair of ice skates and a player.

The wild is a big, gold ‘Wild’ and it will substitute for all others to help form winning combinations except for the Power Play red light which appears only one reels one, three and five.

This is triggered by landing at least one of the Power Play red lights anywhere in view on reels one, three or five; each reel containing a Power Play symbol will now freeze in place (with ice no less!) and become completely wild. Any other wilds in view will also be held in place and you’ll be awarded one free respin but any more wilds landing in that spin will also freeze in place and grant another spin. A multiplier for any wins will be displayed in the scoreboard and the round will end after a maximum of five spins or when no new wilds or Power Play symbols land.

Home of Hockey is certainly fast-moving and a satisfactory tribute to the sport; the graphics are as crisp as the temperature in a pre-game stadium and the bonus has a lot to offer once triggered. This slot comes with an RTP of 96.45%.