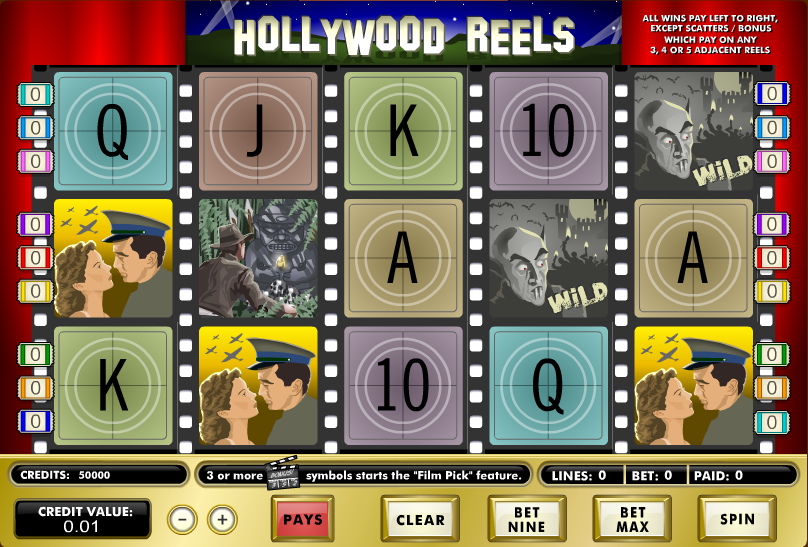 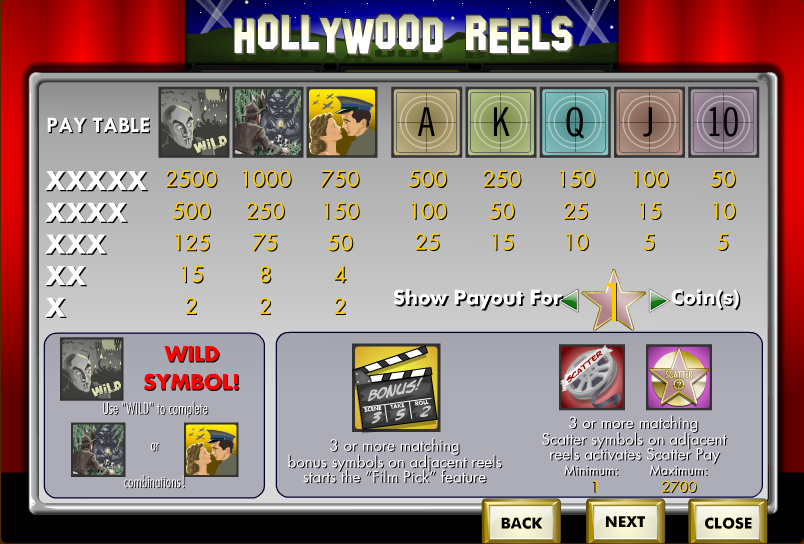 It might seem an easy target on which to base an online slot machine – Hollywood is the centre of the global film-making industry and the possibilities for a game with this theme seem endless. Hollywood Reels is from Amaya Gaming and concentrates on some of the classic moments from cinema history.

Hollywood Reels is five reels and nine payline release with a basic but effective design; the famous Hollywood sign site on the hills above the reels and if you look closely all the stake adjusters to the edges of the screen are little cinema tickets.

The basic symbols are the standard playing cards set against countdown boards but the real interest is with the higher value ones. These are the famous movie scenes and you can immediately recognise them but they’ve been renamed as The Forbidden Jungle, Vampires From Mars and The Frequent Flyer.

That Vampires symbol is wild, there’s a Walk of Fame star scatter, a reel scatter and a clapperboard bonus which activates the feature.

If you want to play this mini-game then you’ll need to land three or more of the clapperboard bonus symbols on adjacent reels. Matching three four or five will earn you a 1x, 2x or 3x multiplier for any prize you win in the game.

With a nine payline slot such as this we always recommend playing with maximum lines – it’s more fun and the prizes will be proportionately greater when you do win.

We like the theme here – the classic film scenes are well designed – but there’s not much else to get excited about. It’s all good quality but there are plenty of more entertaining games around.