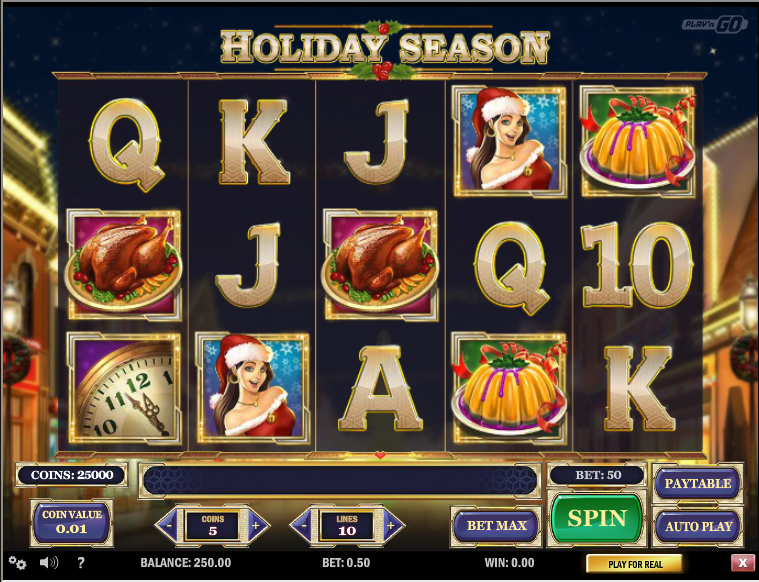 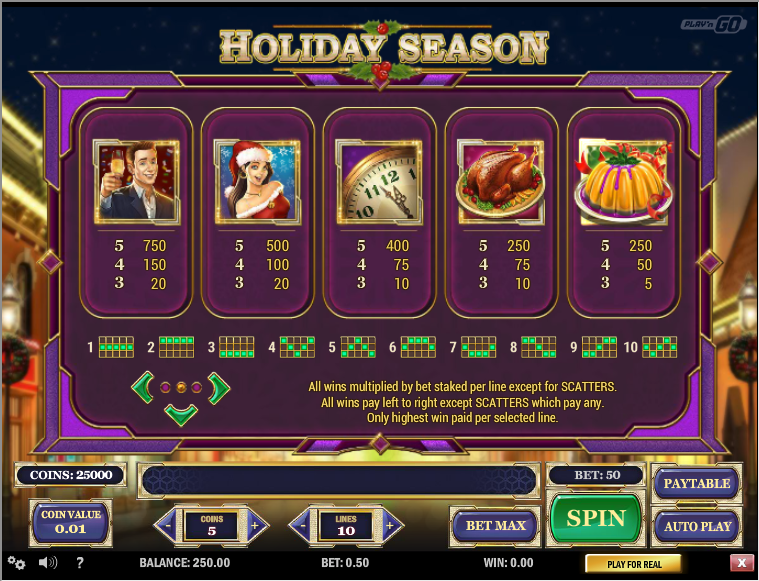 Holiday Season is not a term we generally associate with Christmas on this side of the pond so it’s fair to say that this online slot seems geared towards our American cousins rather than us; it’s developed by Play N Go with their usual high quality though and it comes with a free spins round which you can read about below.

Holiday Season is a five reel slot with three rows and ten fixed paylines; there’s a very mellow soundtrack to accompany your gameplay and behind the reels we can just make out a Christmassy street scene under a clear, star-filled sky.

There are five theme-related high value symbols comprising a chap with a glass of wine, a girl in a Santa outfit, a clock striking midnight, a turkey and some sort of dessert. Lower values are the standard 10, J, Q, K and A.

The wild symbol is represented by a gift and it will substitute for all others to help form winning combinations except the champagne scatter icon which is the key to the main feature.

This is triggered by landing three or more of the champagne scatter symbols anywhere in view; you will initially receive five free spins but every win is a guaranteed winner (these are Play N Go’s Win Spins). Additionally each scatter which lands on the reels during this round will award two extra spins up to a maximum of six extra ones.

Holiday Season might be titled a bit oddly for a UK audience but it’s a perfectly playable slot which maintains Play N Go’s usual high standards. If you fancy getting in the Christmas spirit then why not give it a go.