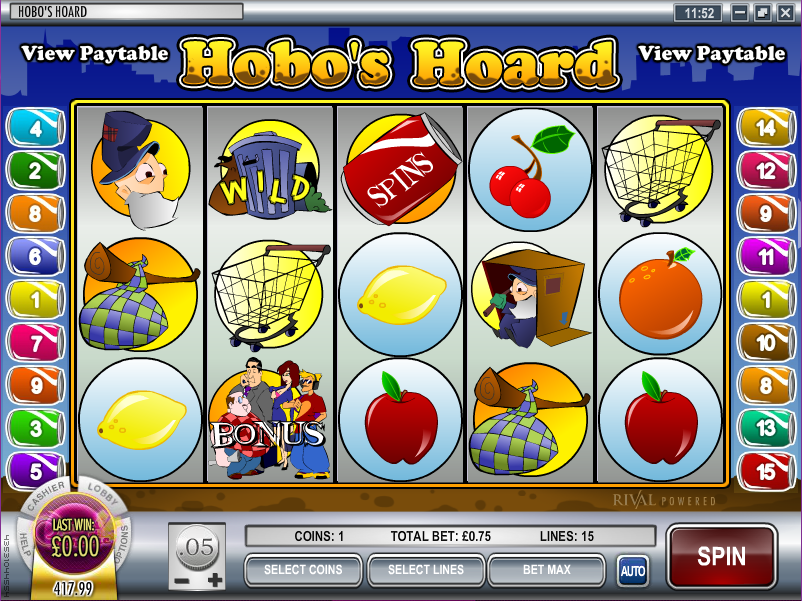 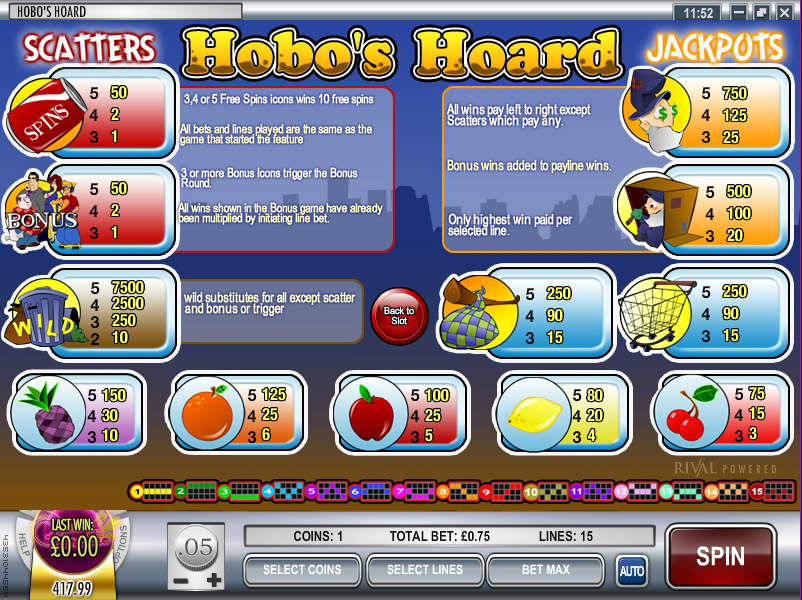 While there may not be much to smile about in the everyday life of a homeless vagrant, finding a pile of cash would surely help in improving the situation. Hobo’s Hoard is an online slot machine from Rival Gaming which concerns the life of said hobo and his attempts to add to his finances by watching over his hoard.

Hobo’s Hoard is a five reel and fifteen payline slot which is fairly basic in it’s graphical ambitions. You can just about make out the skyline of a blue shaded city above the reels with a patch of grubby ground below.

The main symbols are largely of the traditional variety and include cherries, lemons, apples, oranges and pineapples as well as some theme-related ones such as a shopping basket, a bag on a stick, a cardboard box and the hobo himself.

Bonus symbols include a dustbin wild and two scatters – a Coke can and a group of people – which activate separate features.

The drinks can scatter symbols which triggers the spins is definitely designed to look like a Coke can without actually saying so but it’s a good bit of advertising for that particular drinks company.

Anyway, three, four of five of these anywhere on view will win ten free spins and any prizes you win here will be subject to a 3x multiplier. Three more scatter symbols will also re-trigger the round for you.

This brief mini-game is kicked off by landing three or more of the group of people scatter symbol anywhere in view. There’s not much to it really – you will now be taken to screen displaying five people and all you have to do is pick one to reveal a random prize amount.

Hobo’s Hoard follows the standard of most Rival Gaming slots but it lacks a bit in terms of graphics quality. The Hobo’s Hoard feature is also a little disappointing and there are better Rival games than this available.