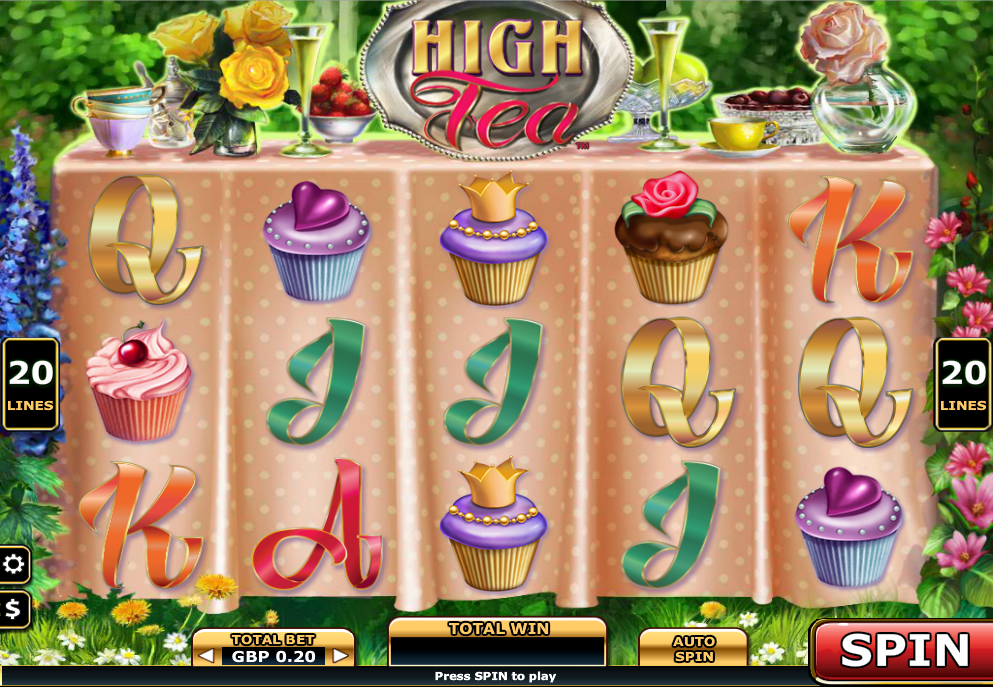 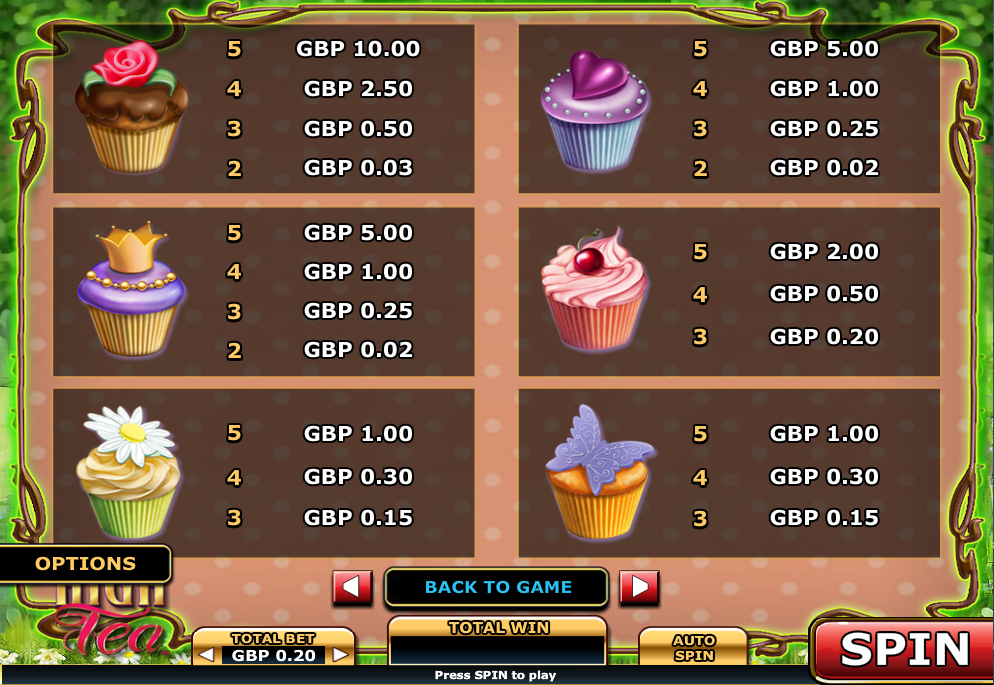 Had a tough day shopping in Covent Garden? Why not visit one of the many cafes and hotels which offer High Tea? It’s no different online – if you’ve been hammering the credit card for a couple of hours why not take a break and load up this slot machine from Playtech via The Gaming Lab; it’s called High Tea and it celebrates that very English custom.

High Tea is a five reel slot with twenty fixed payline meaning a wide betting range of £0.20 to £400.00. The reels spin on the vertical part of a table cloth; on top of the table are some the elements which make up this treat – tea, champagne, fruit and flowers.

A tasty range of six cup cakes make up the main symbols and these are adorned with a butterfly, a cherry, a heart, a daisy, a crown and a rose. J, Q, K and A make up the lower values.

The scatter symbol is represented by a lady in a blue dress enjoying her tea and the wild symbol is a tray full of cakes which appears only on reels two and four.

All the extra feature revolve around the cake tray wild symbol in High Tea. When this wild symbol lands on reels two, four or both it will expand and fill the entire reel. The reel set will now be evaluated for any extra wins.

Additionally you will receive one respin with that expanded wild frozen in place. If another wild lands on one of those two reels this will be repeated so both wilds will frozen and one more spin awarded.

For a new online slot this is actually quite basic and we would normally expect more bonus features. The frozen wilds are a nice touch but a fully fledged bonus game triggered by the scatters would have improved things.