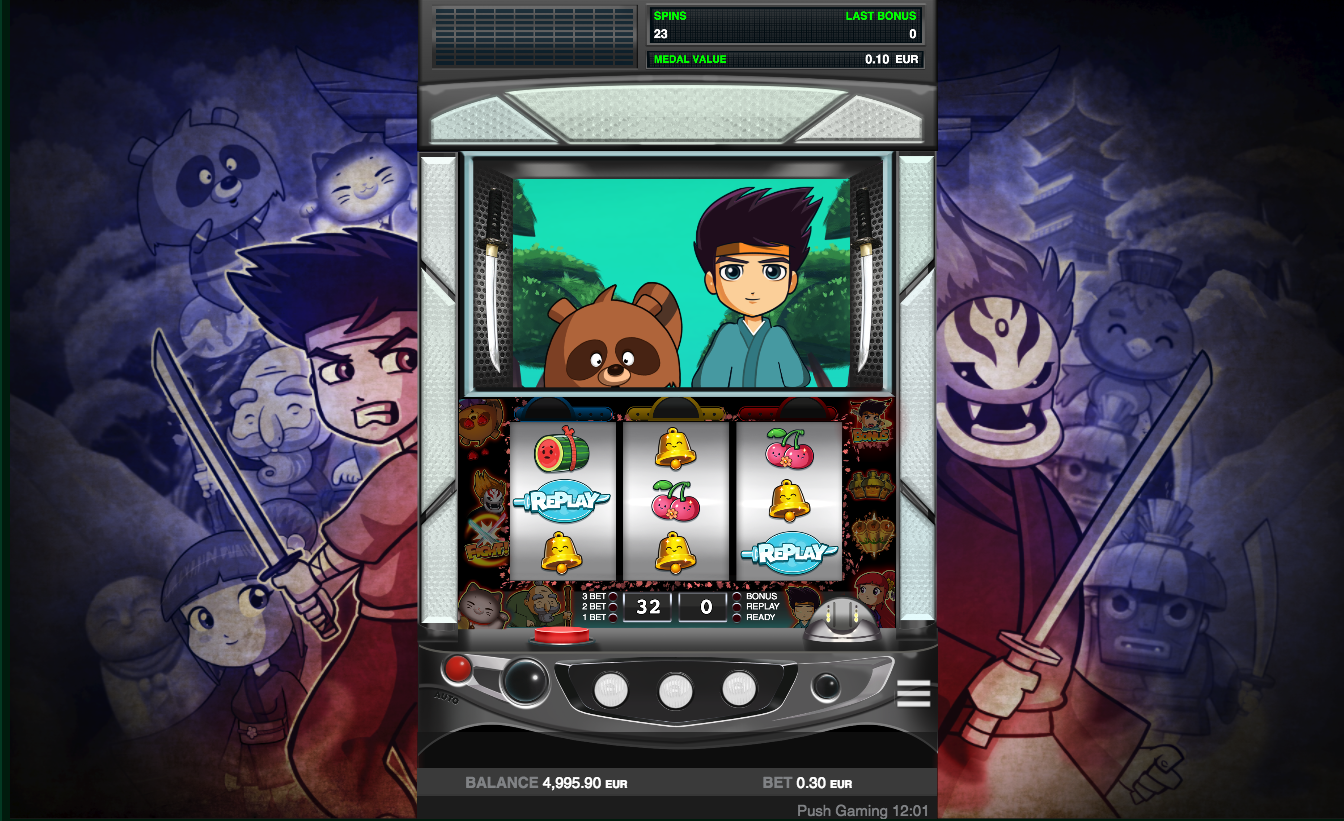 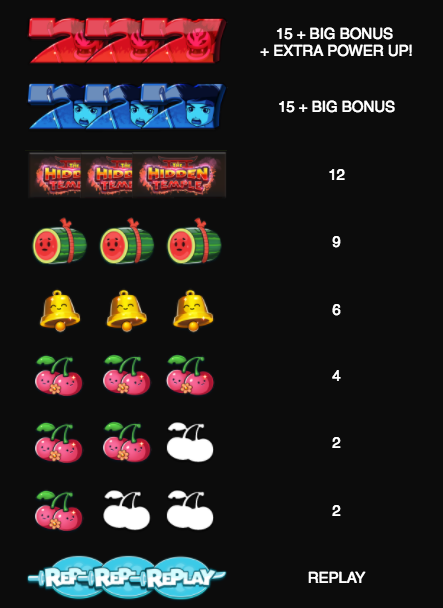 The Hidden Temple is the far-off destination and the ultimate goal of the characters in this charming online slot from Push Gaming; it has an unusual design with a story telling video screen above the reels and some intricate gameplay mechanics – find out how it all works below.

The Hidden Temple is a three reel slot with three rows and five fixed paylines; as we’ve mentioned above the screen above those reels shows snippets of various characters making their way to their final destination. To play the game you need to click the little slot on the right hand side to insert a medal then press the red button; now click the black button to spin the reels then stop them by clicking the three grey buttons underneath – alternatively it’s a bit easier to use the red Autoplay button on the left hand side.

This occurs randomly in the base game and you will be prompted to stop the reels in a certain order; only watermelons, bells and game logos can be won in this mode.

The Big Bonus Mode is triggered each time you land a win involving the red sevens and the Regular Bonus Mode by a win with the blue sevens; after many spins we failed to trigger this feature and so cannot really explain what happens apart from it being a session which swaps between Big and Regular modes until your Power Ups are used up – unfortunately the paytable is not too clear on what’s actually going on.

This is a little more straightforward and you’ll receive one free spin for landing three of the Replay symbols on a payline.

Some may describe The Hidden Temple as a little complicated and confusing while others may appreciate the intricacy and mystery as all part of the slots experience; we’re not sure what to make of it but it’s probably worth checking out if you want to try something different.